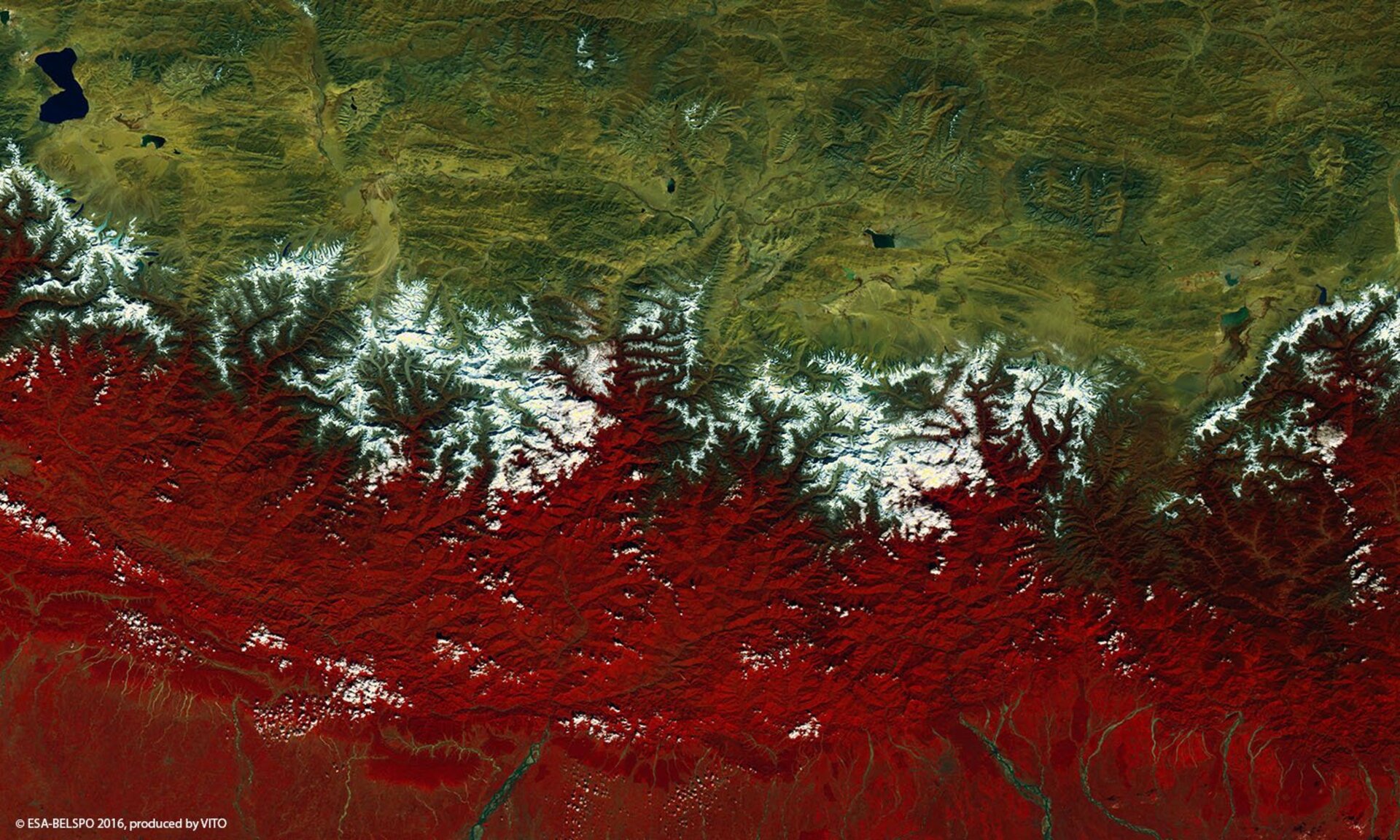 In honour of World Mountain Day on 11 December, this image depicts the snow-capped Himalayas, with Nepal to the south (with vegetation shown in red) and the bleaker Tibetan Plateau to the north.