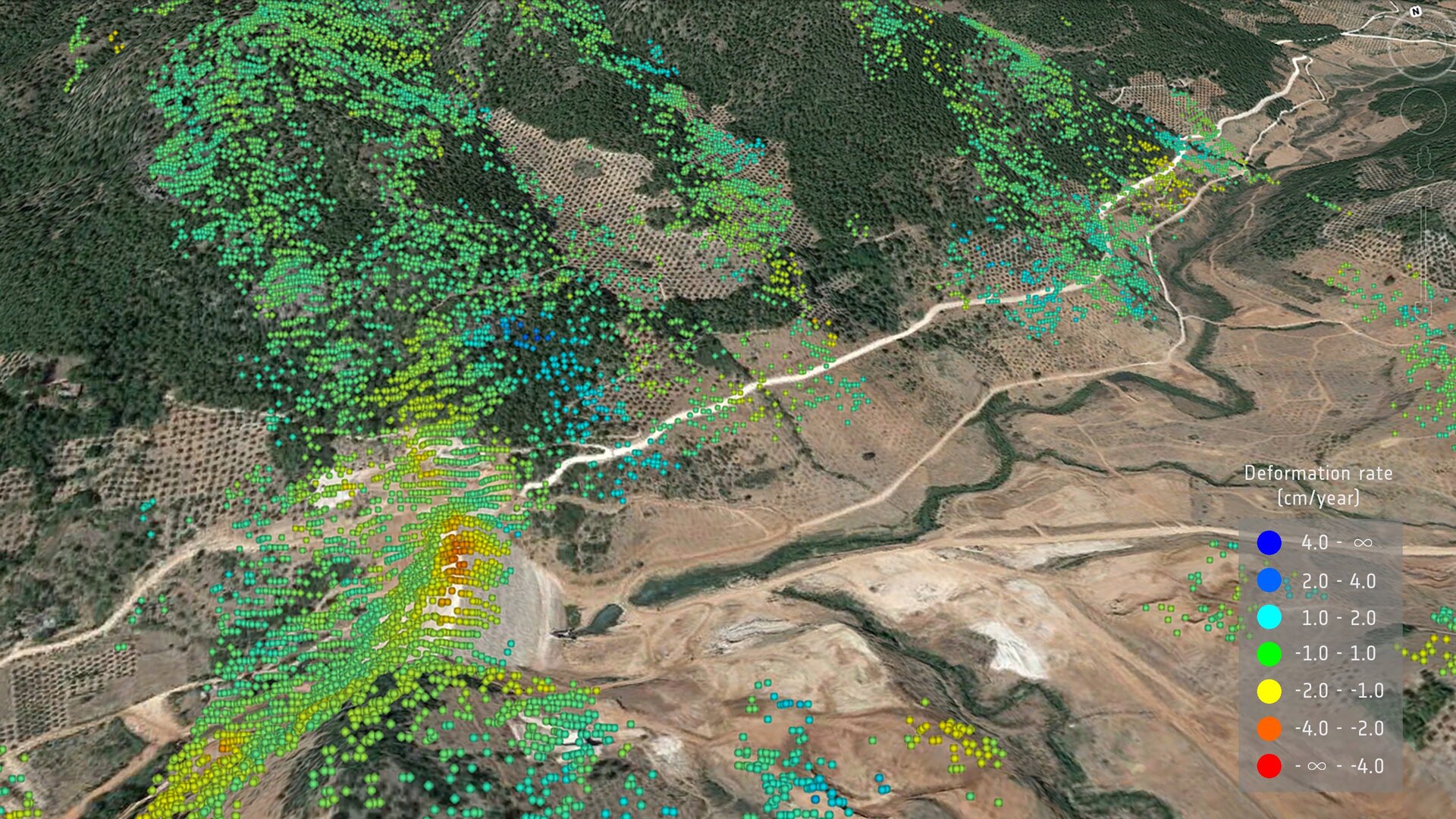 The Siles dam sits on the Guadalimar River in Spain’s Sierras de Cazorla natural park. Construction began in 2007 and was expected to be completed within three years but, through instabilities in the land, it was not completed until 2015.

Using scans from the Sentinel-1 radar satellites between February and July 2016, scientists from Spain’s Institute of Geosciences – a joint centre of the Spanish Council for Scientific Research and the University Complutense of Madrid – in cooperation with the company Dares Technology, monitored subsidence of the dam.

Some areas sank up to 3.6 cm over the five-month period, likely reflecting the settlement of the dam.

The study demonstrates the viability of using Sentinel-1 radar data for monitoring critical hydrological infrastructures. While this kind of study is not new, this is the first time that a dam has been studied with Sentinel-1 data in Spain.

These results were presented at the American Geophysical Union’s 2016 Fall Meeting held in San Francisco, USA.