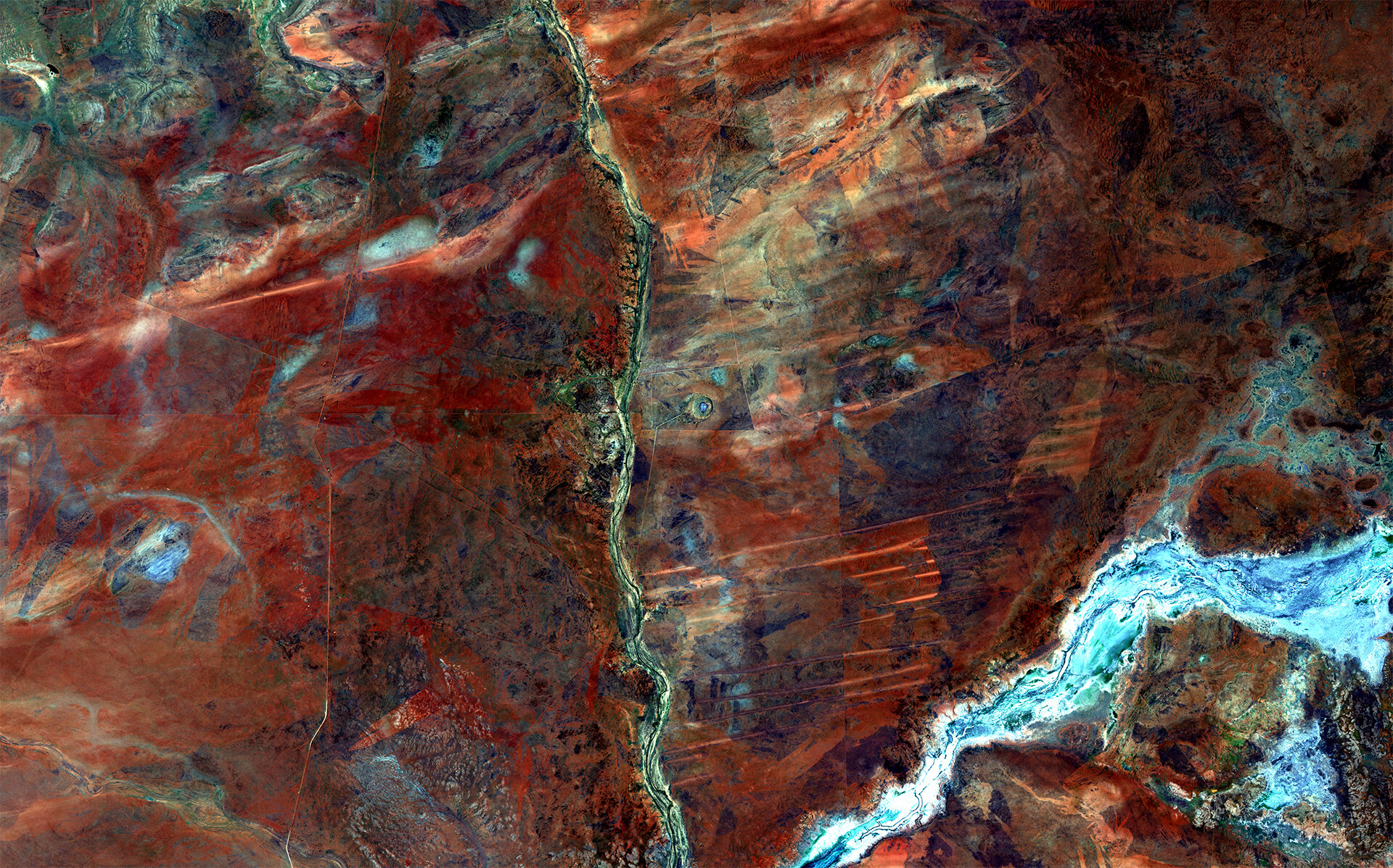 The Copernicus Sentinel-2A satellite takes us over the northern part of Western Australia to the Wolfe Creek Crater National Park.

The area pictured is close to the edge of the Great Sandy Desert, the country’s second-largest, and presents a landscape of desert plains and grasslands.

At the centre of the image we can see the Wolfe Creek Crater, the remnant of a meteorite crash some 300 000 years ago. The crater measures about 875 m across, and plants grow at the centre, likely thriving off water reserves from seasonal rain.

The name for the crater comes from its vicinity to the nearby Wolfe Creek, after being spotted during aerial surveys in the 1940s. But the crater has long been known to the Aboriginal people as ‘Kandimalal’ and is believed to be the site where a rainbow-coloured snake emerged from the ground to create the nearby creek.

Mystical reptiles aside, the park is home to the brown ring-tailed dragon – a type of lizard.

While roads appear as straight lines cutting across the landscape, some other lines appear brighter, particularly in the lower-central part of the image. These are sand ridges shaped by east–west prevailing winds. Their brightness comes from a difference in vegetation, or lack of vegetation, detected by Sentinel-2’s multispectral imager.

This image, also featured on the Earth from Space video programme, was captured on 10 February 2016.