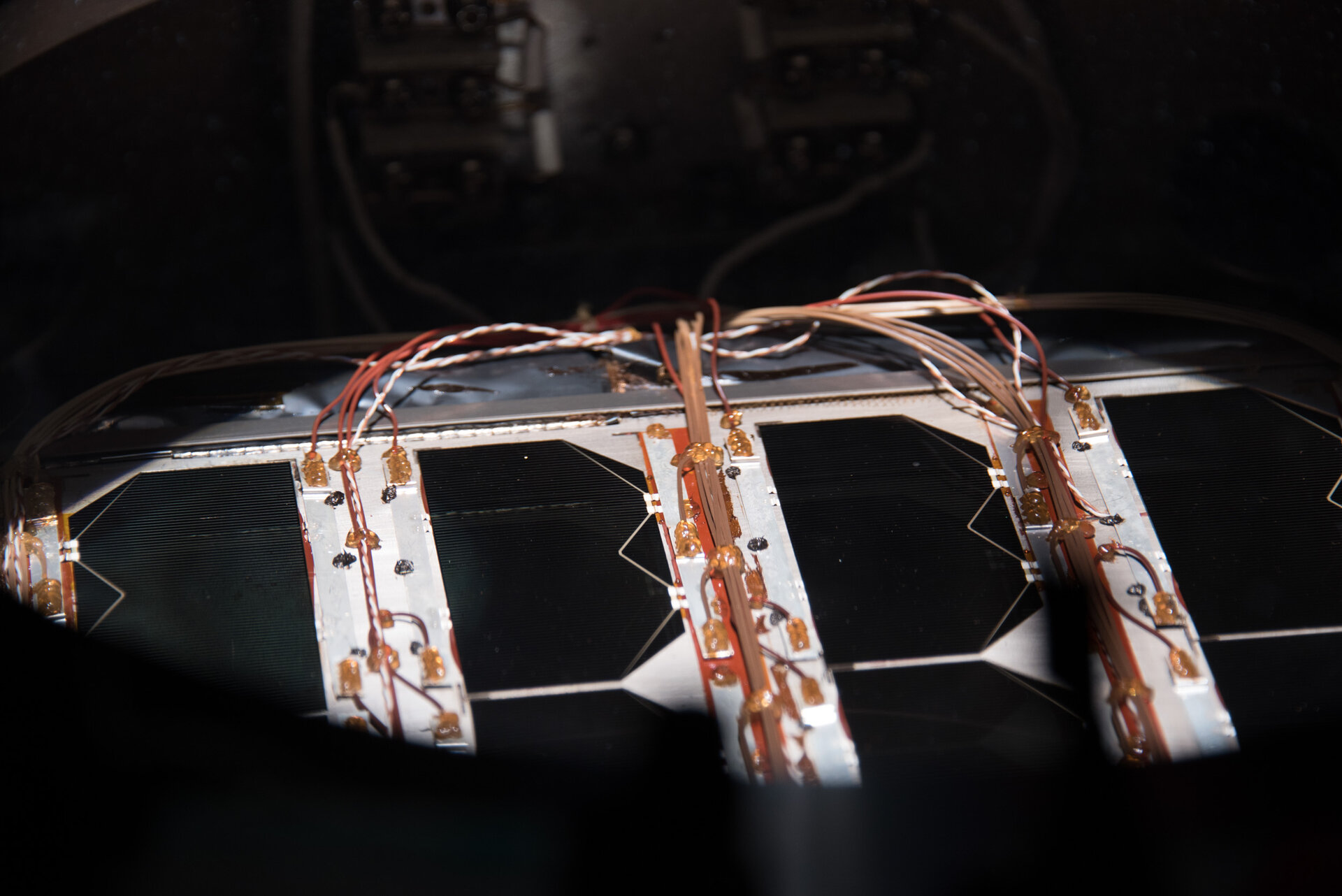 ESA’s CHaracterising ExOPlanet Satellite mission – Cheops – underwent important testing last year to be ready for launch by the end of 2018.

Cheops will operate from a low orbit circling Earth, taking its power from the Sun. As such, an important focus of the prelaunch testing is qualifying the satellite’s solar arrays and their cells.

The image shows part of the 12 solar cell assemblies in the Vacuum Solar Cell Illumination Facility at ESA’s technical centre in the Netherlands.

The cells were heated to high temperatures to reflect what the satellite will experience once in space. In fact, the actual temperatures were scaled in order to accelerate the ageing effects experienced in flight, to represent a 3.5 year mission in just a few months.

As a result of these tests, the Cheops solar arrays and their elements are now ready for the mission.

Once in space, Cheops will measure the density of exoplanets with sizes or masses in the super-Earth to Neptune range. Its data will set new constraints on the structure of planets in this mass range, and therefore also on their formation and evolution.