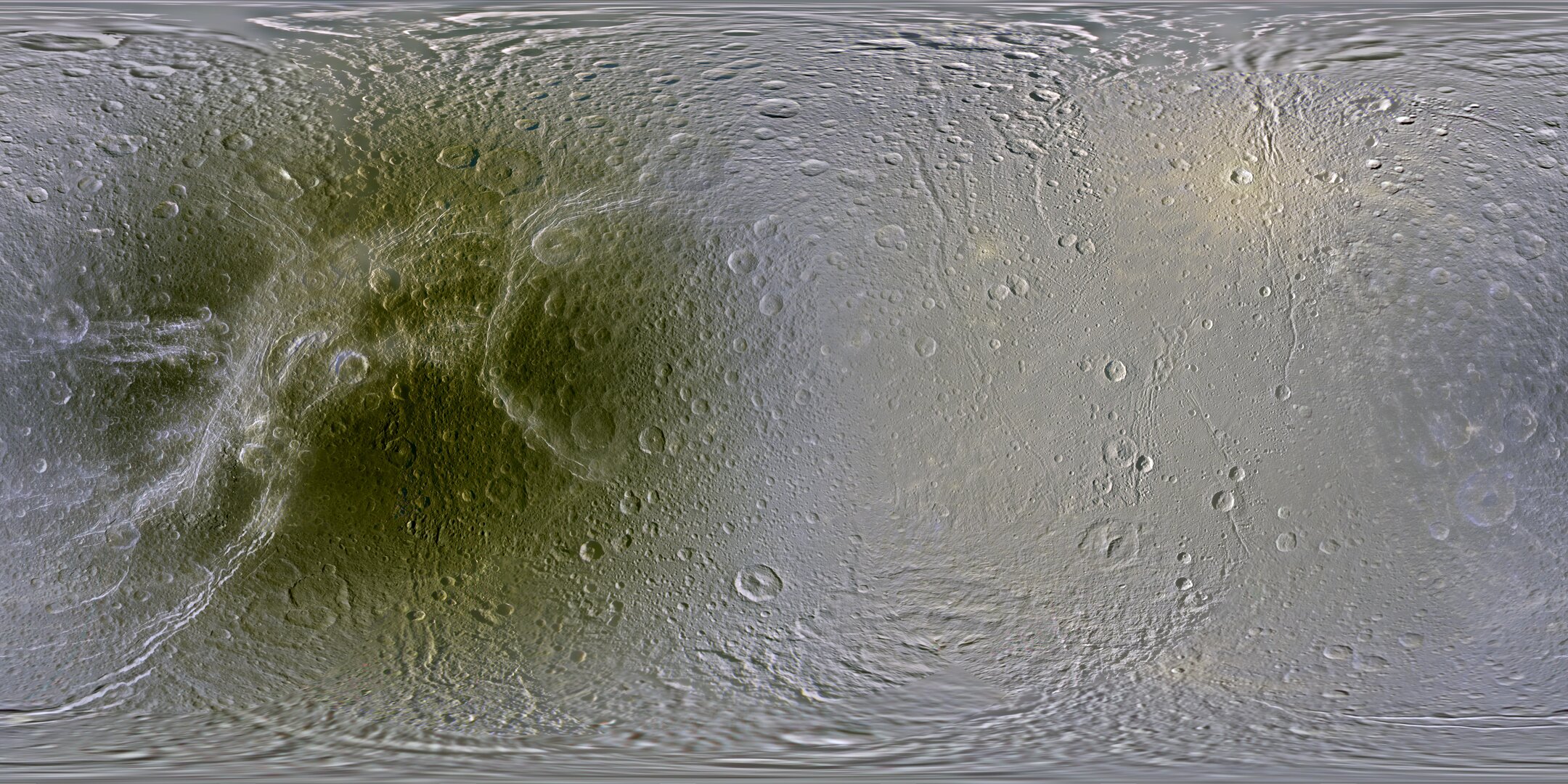 Meet Dione, a 1122 km-diameter icy satellite of Saturn and the 15th largest moon in the Solar System.

This global colour mosaic of the moon’s intriguing surface was produced from images taken by the international Cassini spacecraft during its first 10 years of exploring the Saturn system.

Perhaps the most striking observation is the difference in colour and brightness between the left and right halves of the image. They correspond to the ‘trailing’ and ‘leading’ hemispheres respectively, in terms of the direction that the moon is travelling along its orbit around Saturn every 2.7 days.

The dark coating on the trailing hemisphere is thought to be due to radiation from Saturn’s magnetosphere, which causes organic elements in the moon’s surface to become darker and redder in appearance.

The wispy white streaks that wind through the coloured surface are bright ice cliffs – some several hundred metres high – resulting from tectonic fractures.

Meanwhile the leading hemisphere has been painted with icy dust from Saturn’s E-ring, which itself is fed by tiny particles ejected from nearby moon Enceladus.

While Enceladus continuously spews gas and icy particles into space from fractures near its south pole. Dione appears to be quiet at present, but its fractured surface certainly points to a more geologically active past.

Indeed, a recent theoretical modelling study by independent researchers suggest that there could be an underground ocean surrounding the moon’s rocky core, buried some 100 km beneath its battered shell.

This global mosaic was first released in 2014. The image resolution is 250 m per pixel.

The Cassini–Huygens mission is a cooperative project of NASA, ESA and ASI, the Italian space agency. The mission launched in 1997, and arrived in the Saturn system in 2004, with the Huygens probe landing on Titan in January 2005. In September of this year, the Cassini spacecraft will plunge into Saturn’s atmosphere to conclude its incredible mission.