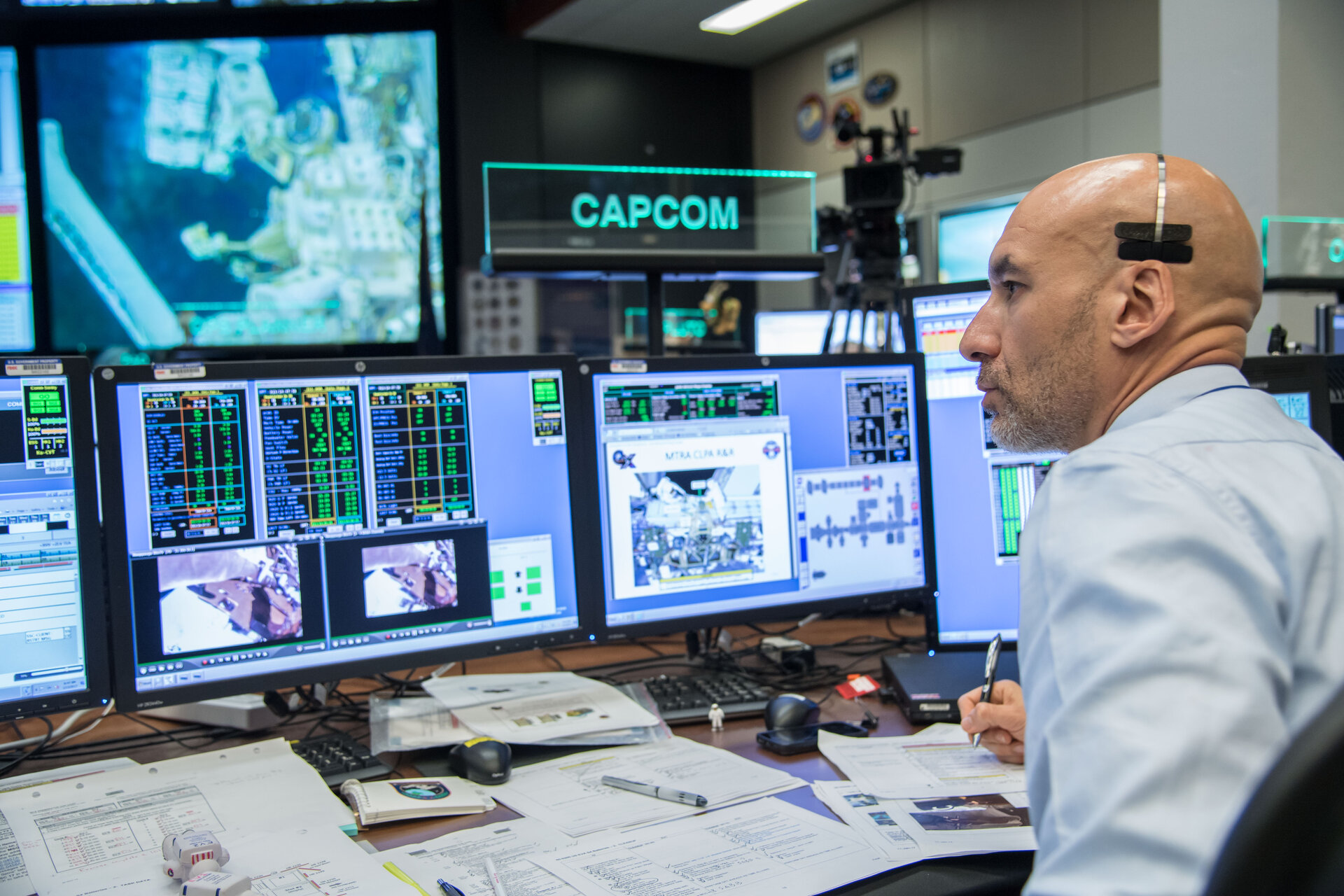 During ESA astronaut Thomas Pesquet and NASA astronaut Shane Kimbrough's spacewalk on Friday 13 January 2017 ground control was monitoring and instructing them all the way. ESA astronaut Luca Parmitano was the lead spacewalk capcom for the five hour and 58 minute spacewalk to complete a battery upgrade to the outpost’s power system.

Luca instructed the duo over the radio and was their point of contact through the carefully choreographed sortie. Luca is an experienced spacewalker himself having done two sorties during his six-month Volare mission in 2013. This image shows Luca next to the lead Space Station capcom going over the operation notes during from NASA's mission control at the Johnson Space Center, Houston, USA.

Thomas and Shane’s spacewalk was the second to work on the batteries. NASA astronaut Peggy Whitson and Shane spent six hours and 32 minutes outside installing adapter plates and connecting three of the six new batteries on Friday 6 January. They practised this spacewalk for months on Earth at NASA’s Johnson Space Center, USA, and has spent the last few weeks in space working intensively to prepare the spacesuits and tools for the sortie.