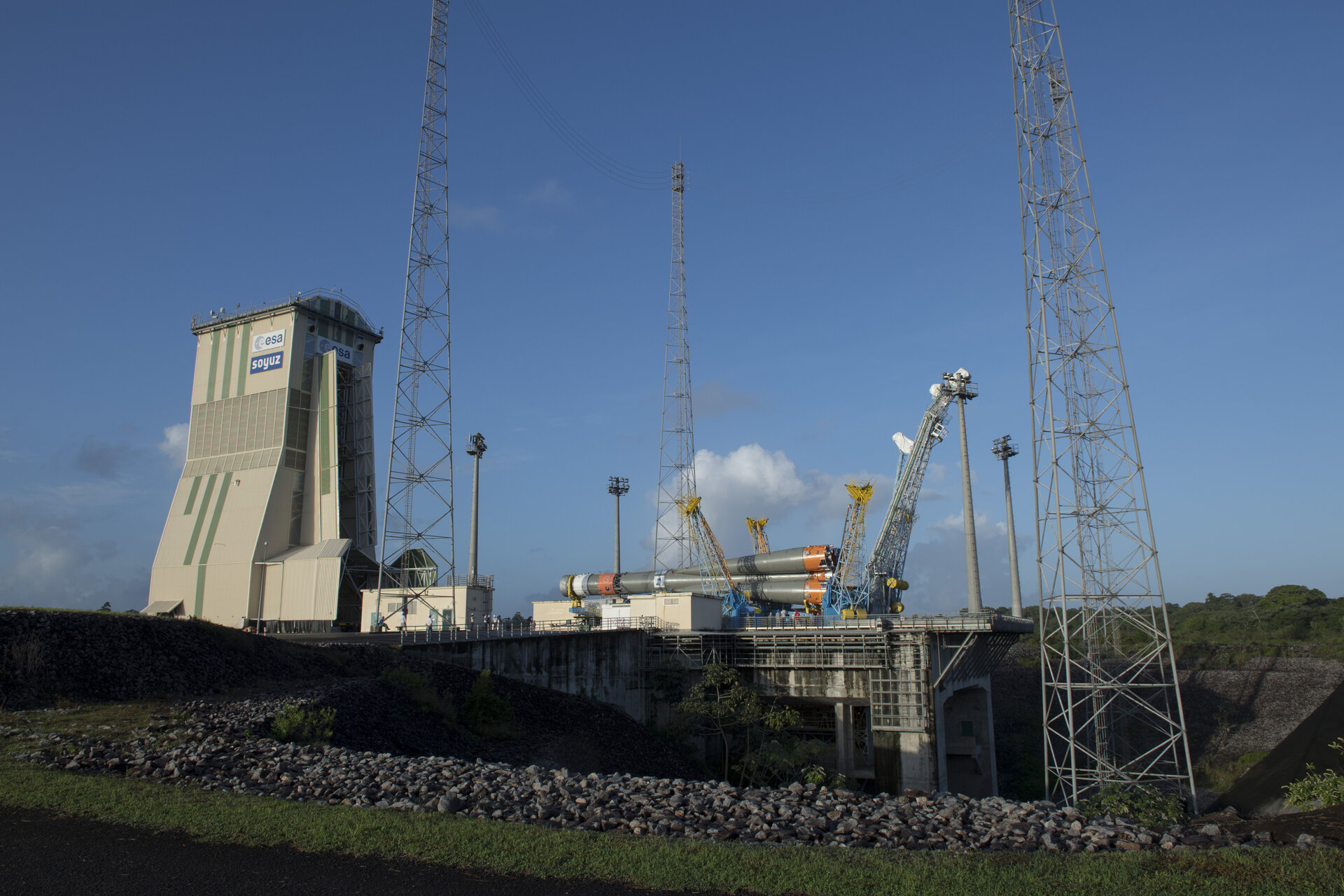 Soyuz VS16 transfer from MIK to launch zone

Soyuz VS16 was transferred from the preparation building MIK to the Soyuz launch zone of the Europe’s Spaceport in French Guiana, on 24 January 2017.
The vehicle was rolled out horizontally on its erector from the MIK to the launch zone and then raised into the vertical position.

Soyuz VS16 will lift off in the early hours of 28 January (CET). The rocket will carry Hispasat 36W-1 satellite which will be the first satellite to use the SmallGEO platform.

Hispasat's Hispasat 36W-1 will be the first satellite to use the SmallGEO platform, marking the first partnership between ESA and a Spanish operator.