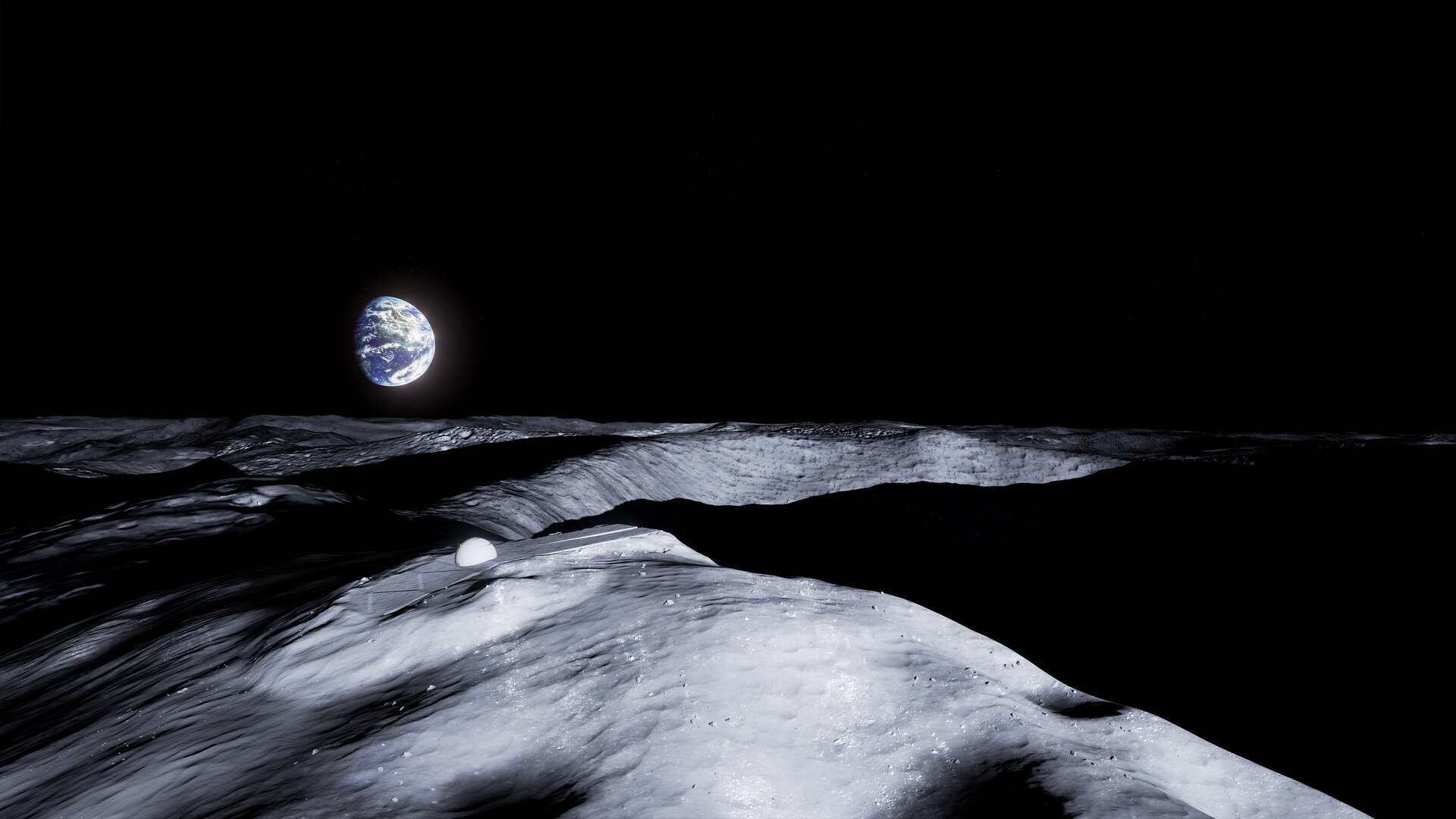 A near-perpetually sunlit peak close to the Moon’s south pole has been selected by ESA’s artist-in-residence as the site of a building like no other.

Artist Jorge Mañes Rubio, part of ESA’s future-oriented Advanced Concepts Team (ACT), has designed a place of contemplation to serve a future lunar settlement. It would be built on the sunlit rim of Shackleton Crater, which is bathed much of the time in sunlight while overlooking a 4.2 km-deep interior mired in perpetual shadow.

The lunar poles have previously been identified as promising locations for future settlement because craters kept shaded by the lowness of the Sun in the local sky are thought to serve as ‘cold traps’ to preserve water ice, potentially a vital source of water, air or rocket fuel.

The first building has yet to be erected on the Moon, and most designs for lunar buildings have been strictly functional in purpose: places to live, work or perform research.

“I’ve been having all sorts of discussions with my ACT colleagues, including speculating on the likely needs of future lunar settlers,” explains Jorge. “What kind of social interactions will they share, what cultural activities and rituals will they have, and what sort of art and artefacts will they be producing?

“Humans have been creating art for at least 30 000 years, so I have no doubt this will continue in space and on the Moon.”

“These discussions have been very valuable and stimulating, since they lead us to consider aspects of human exploration that aren’t usually considered by scientists and engineers,” adds Leopold Summerer, heading the ACT.  “To benefit fully from Jorge’s creativity, it was important to give him full artistic freedom on what and how he would do.”

What Jorge terms his ‘Moon Temple’ is intended as a symbol of unity for humankind, reflecting the pull that our natural satellite has always had on the human imagination.

“Lunar settlement represents a perfect chance for a fresh start, a place where there are no social conventions, no nations and no religion, somewhere where these concepts will need to be rethought from scratch.

“Humans have brought flags to the Moon, but they’ve been bleached white by sunlight since then – almost as if the Moon is protecting itself from such terrestrial concepts.

So this Temple is intended as a mythic and universal structure that can hopefully bring people together in this new environment in novel ways.”

At the same time, the 50 m-high domed structure is also something that could one day be built. Jorge talked to ESA materials specialists studying 3D printing of lunar soil.

“The result might resemble ‘abode’ architecture, an ancient method of building that is still made use of to this day,” adds Jorge.

“This was a big source of inspiration for me, along with 18th century utopian architects such as Étienne-Louis de Boullée and Claude Nicolas Ledoux, who designed massive structures too large to be feasibly built on Earth – but practical in the Moon’s one-sixth gravity.”

Similarly, the Temple’s free-standing dome would eventually collapse under its own weight on Earth, but could endure on the Moon.

Jorge put similar thought into the site of his building: he selected Shackleton over nearby Malapert Crater because Earth is perpetually visible from Malapert, while from Shackleton it will only be seen for two weeks at a time, inspiring more independent thinking.

One opening in the dome will look Earthwards, while another at the top will peer out into deep space. As a next step, Jorge aims to create small sculptures and artefacts out of simulated lunar materials, inspired by the simulated lunar environment at ESA’s European Astronaut Centre near Cologne, Germany.