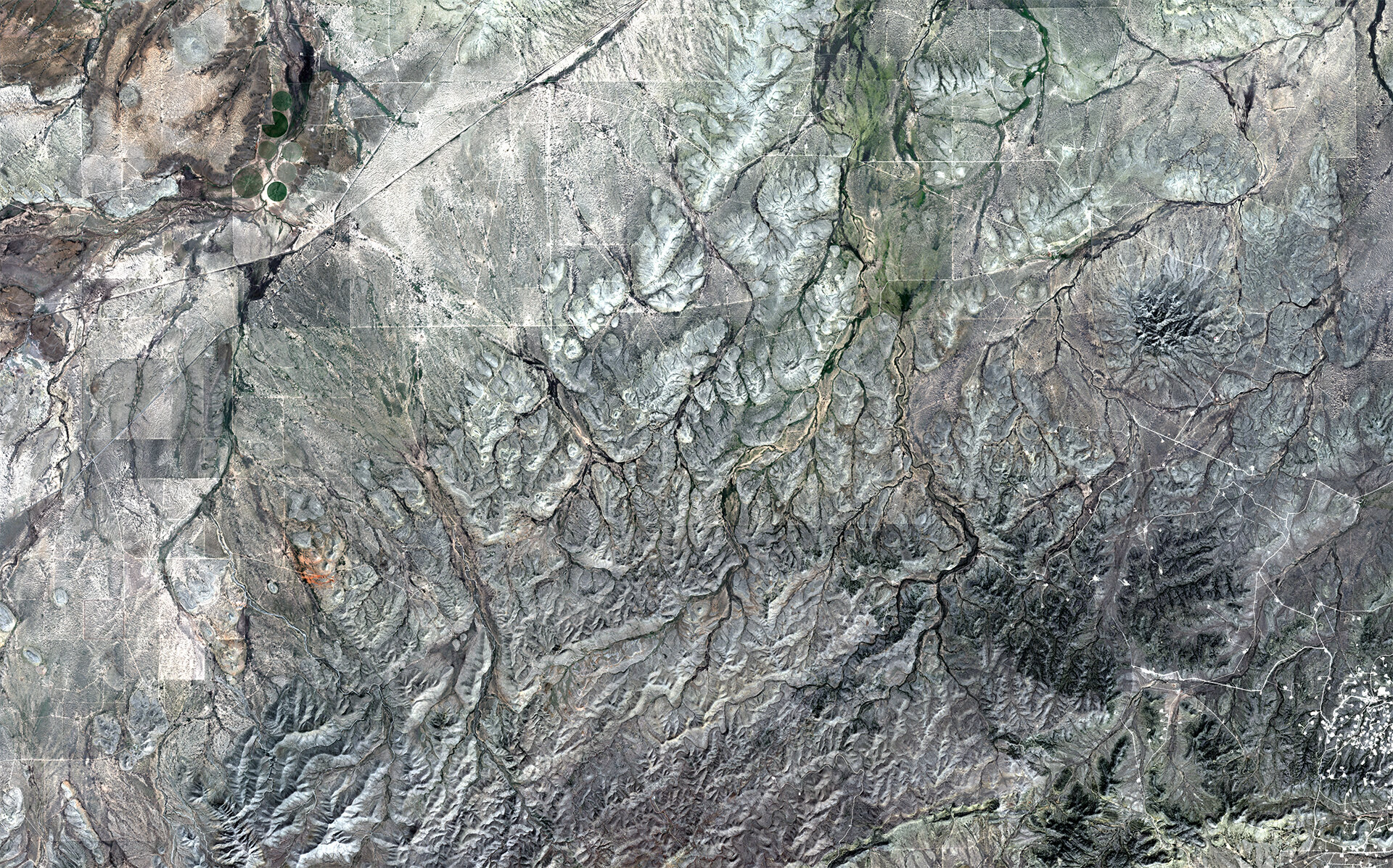 An area over the western end of the US state of Texas is pictured in this image from the Sentinel-2A satellite from 13 March 2016.

The scene pictured here, however, is rather devoid of colour owing to the landscape’s sparse vegetation cover. Some colour does appear along the rivers and streams where plants thrive more easily. In the upper left, large circles of agriculture from central-pivot irrigation systems appear green.

In the central-left portion of the image, one area appears orange where the land may have a different mineral content.

On the upper-right side of the image, we can see a cluster of hills of the Sierra Madera crater, formed less than 100 million years ago when a meteorite hit Earth.

In the lower-right corner, we can see a network of oil wells connected via a spiderweb-like structure of supply roads. Underground oil reservoirs usually stretch across large areas, and multiple wells are positioned over the reservoirs to best exploit the natural resource. Texas is the top crude oil-producing state in the US, accounting for about a third of the country’s output.