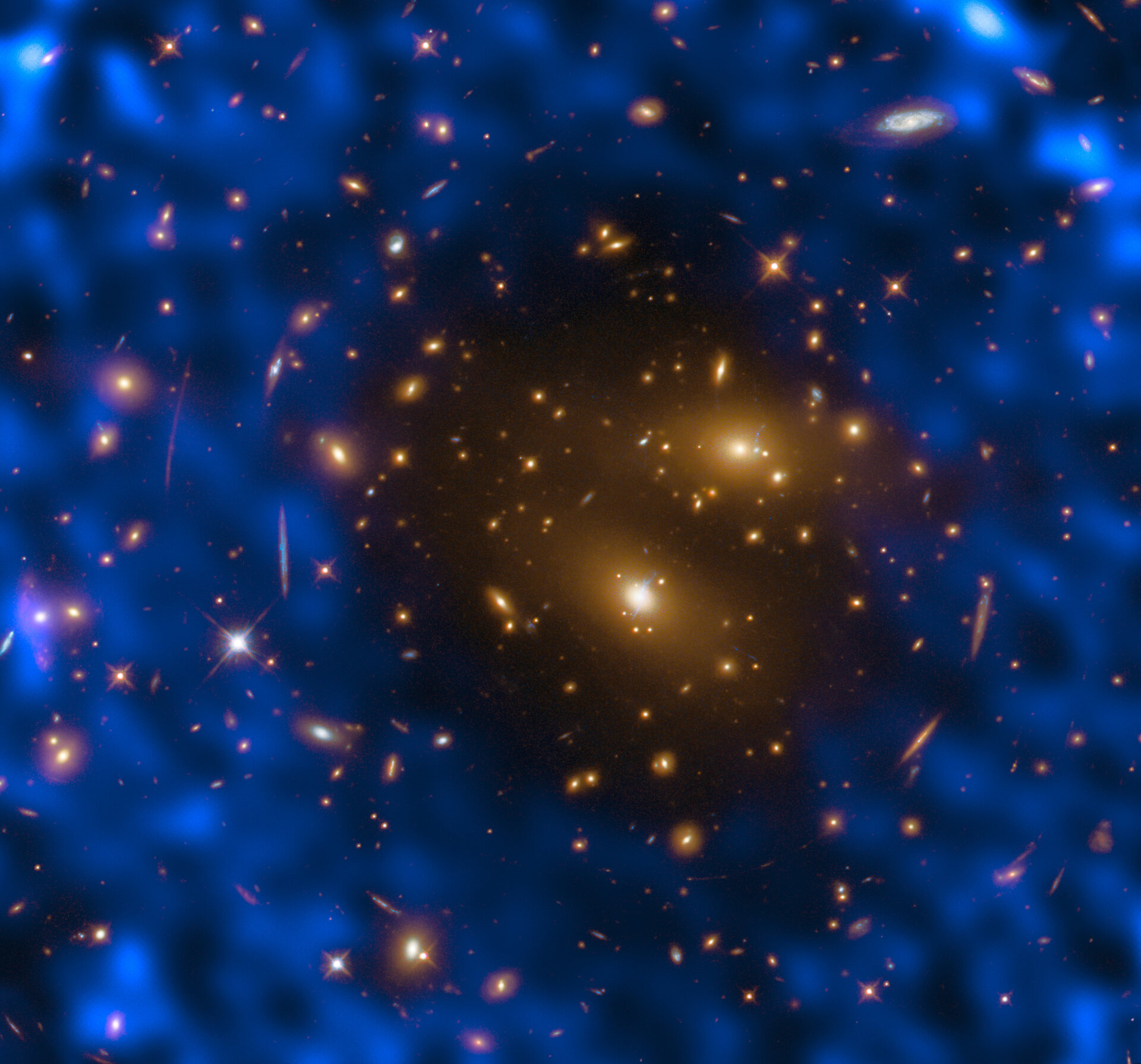 The events surrounding the Big Bang were so cataclysmic that they left an indelible imprint on the fabric of the cosmos. We can detect these scars today by observing the oldest light in the Universe. As it was created nearly 14 billion years ago, this light — which exists now as weak microwave radiation and is thus named the cosmic microwave background (CMB) — has now expanded to permeate the entire cosmos, filling it with detectable photons.

The CMB can be used to probe the cosmos via something known as the Sunyaev-Zel’dovich (SZ) effect, which was first observed over 30 years ago. We detect the CMB here on Earth when its constituent microwave photons travel to us through space. On their journey to us, they can pass through galaxy clusters that contain high-energy electrons. These electrons give the photons a tiny boost of energy. Detecting these boosted photons through our telescopes is challenging but important — they can help astronomers to understand some of the fundamental properties of the Universe, such as the location and distribution of dense galaxy clusters.

The NASA/ESA Hubble Space Telescope observed one of most massive known galaxy clusters, RX J1347.5–1145, seen in this Picture of the Week, as part of the Cluster Lensing And Supernova survey with Hubble (CLASH). This observation of the cluster, 5 billion light-years from Earth, helped the Atacama Large Millimeter/submillimeter Array (ALMA) in Chile to study the cosmic microwave background using the thermal Sunyaev-Zel’dovich effect. The observations made with ALMA are visible as the blue-purple hues.