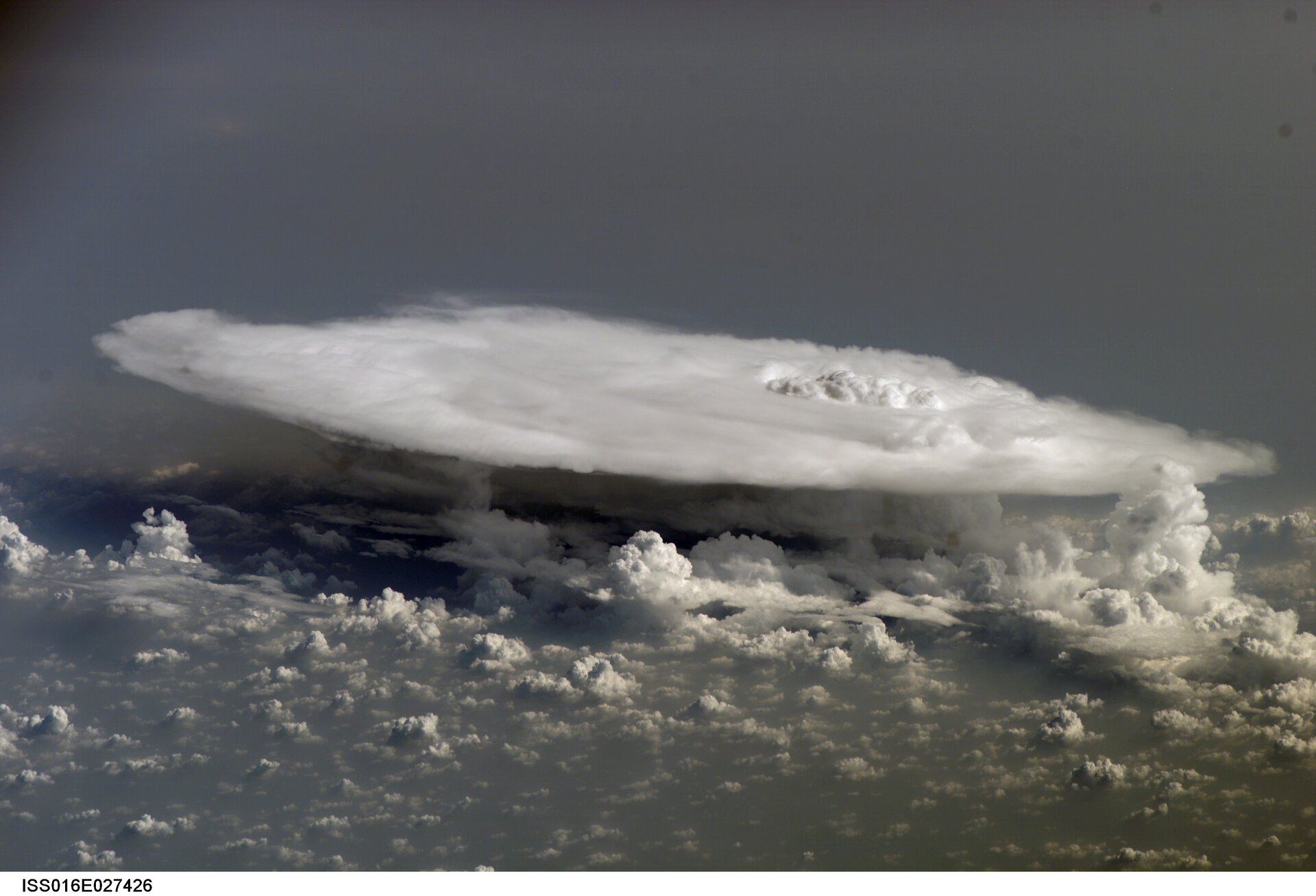 A cumulonimbus cloud over Africa photographed by an astronaut on the International Space Station. Deemed by many meteorologists as one of the most impressive of cloud formations, cumulonimbus (from the Latin for ‘puffy’ and ‘dark’) clouds form owing to vigorous convection of warm and moist unstable air. Air warmed by the ground rises, with water droplets condensing as the rising air encounters cooler air at higher altitudes. The air mass itself also expands and cools as it rises owing to decreasing atmospheric pressure. This type of convection is common in tropical latitudes.

As water in the rising air mass condenses and changes from a gaseous to a liquid state, it releases energy, further heating the air and leading to more convection and rising of the clouds to higher altitudes, producing the characteristic vertical towers associated with cumulonimbus clouds.

If enough moisture is present to condense and continue heating the cloud mass through several convective cycles, a tower can rise to altitudes up to 20 km.