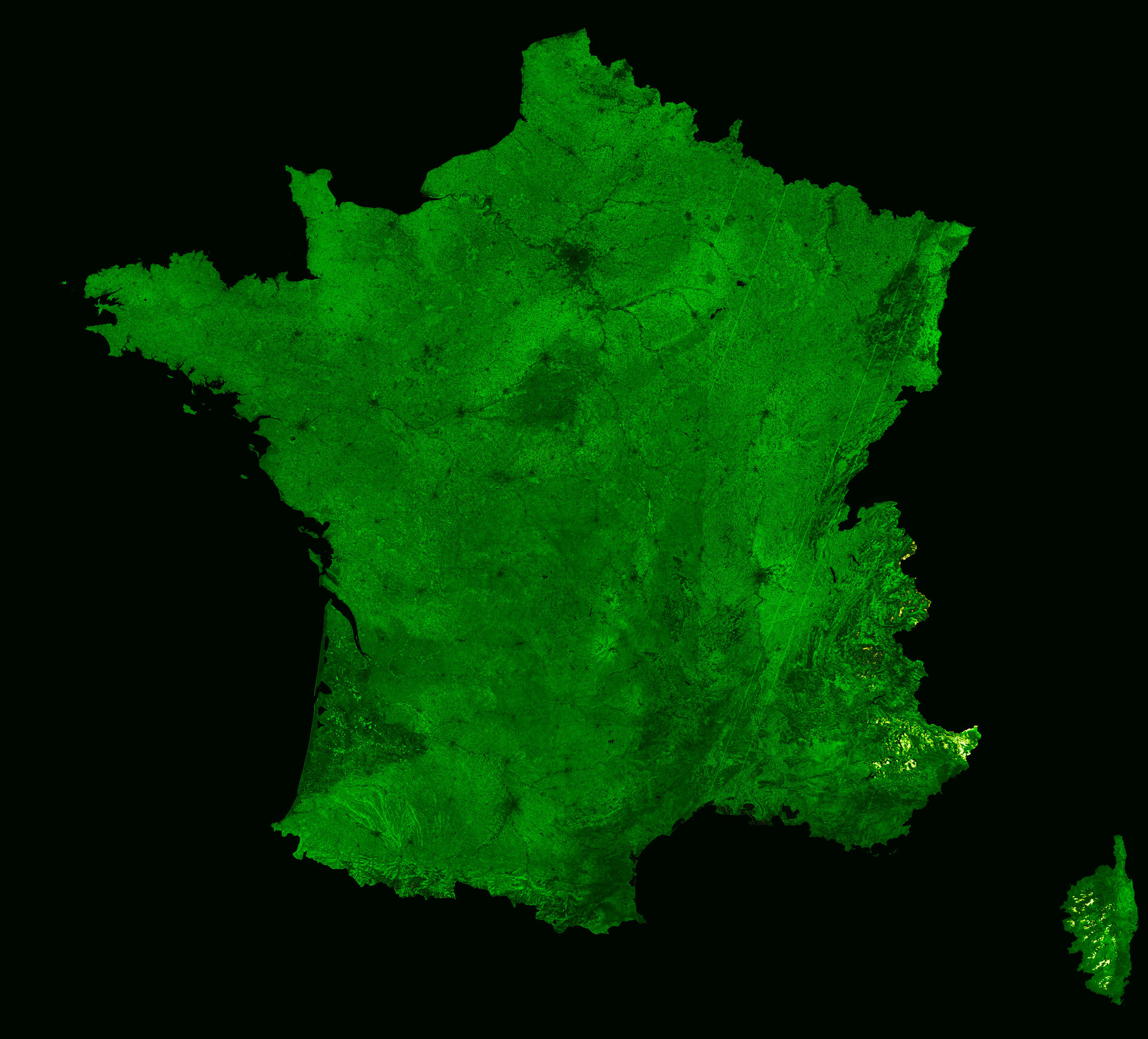 This cloud-free image of France, acquired by Proba-V on 10 July 2015, has a 300 m per pixel resolution and is composed of cloud, shadow, and snow/ice screened observations over a period of 1 day.

France is one of ESA’s 22 member states and hosts ESA Headquarters in Paris.

This picture is part of a set of images which were specifically processed and released on occasion of the launch ESA’s Open Access policy for images, video and data.