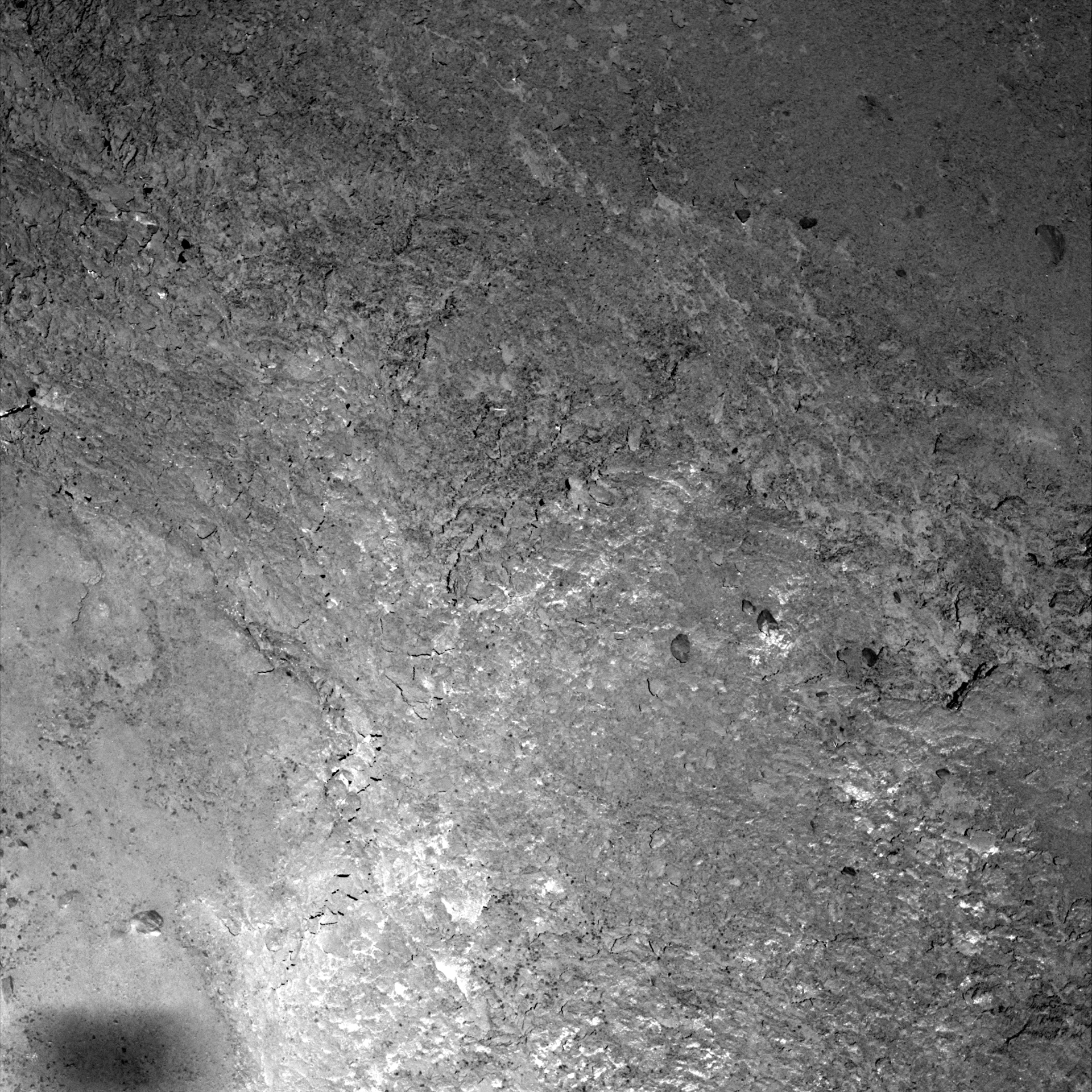 Valentine’s Day 2015 and ESA’s Rosetta swooped in towards Comet 67P/Churyumov–Gerasimenko for a daring close encounter. At just 6 km from the surface, it was the closest the spacecraft had ever been to the comet at that point in the mission.

The 14 February flyby was not only special because of its proximity, Rosetta also passed through a unique observational geometry: for a short time the Sun, craft and comet were exactly aligned. In this position, surface structures cast almost no shadows, allowing the reflection properties of the surface material to be determined.

As a side effect, Rosetta’s shadow could also be seen, cast on the surface of the comet as a fuzzy rectangular dark smudge somewhat larger than Rosetta itself, in this case measuring some 20 x 50 m. The full image measures about 228 m across.

This particular image is the last in a sequence of 12 that captured the spacecraft’s shadow as it tracked over the surface in the Imhotep region on the larger of the comet’s two lobes.

The image was taken by the OSIRIS narrow-angle camera and the image resolution is just 11 cm/pixel.

Rosetta subsequently made closer flybys, notably in the final phase of its incredible mission as it drew ever closer to the comet before finally coming to rest on the surface in September 2016.

The image is one of thousands freely available in ESA’s Archive Image Browser.