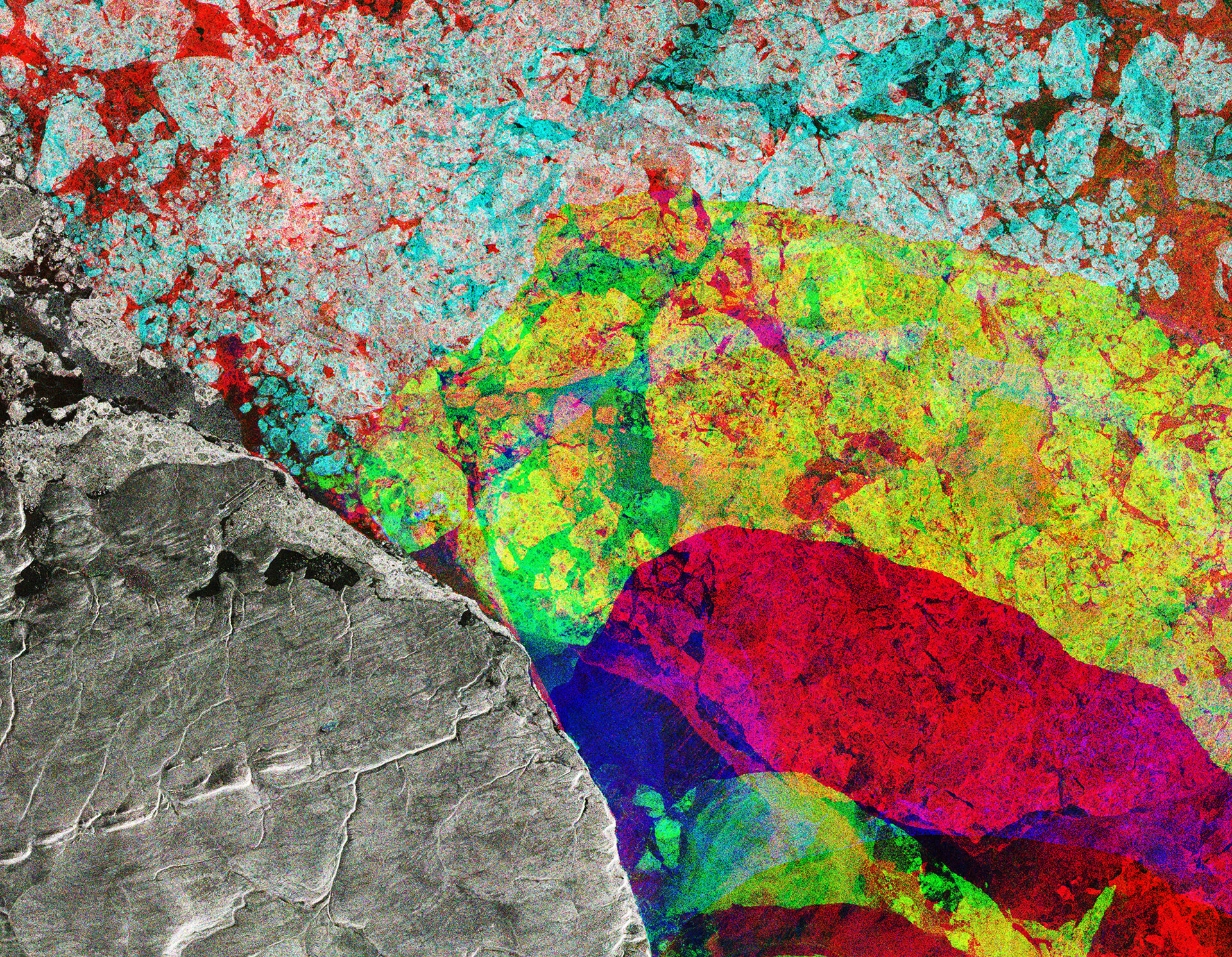 This Sentinel-1 radar composite image takes us to the northeastern tip of Ellesmere Island (lower-left), where the Nares Strait opens up into the Lincoln Sea in the Canadian Arctic.

The image was created by combining three radar scans from Copernicus Sentinel-1 captured in December, January and February. Each image has been assigned a colour – red, green and blue – and create this colourful composite when combined. Colours show changes between acquisitions, such as the movement of ice in the Lincoln Sea, while the static landmass is grey.

The obvious distinction between the red and yellow depicts how the ice cover has changed over the three months.

The maximum extent of Arctic sea ice hit a record low this winter. Scientists attribute the reduced ice cover to a very warm autumn and winter, exacerbated by a number of extreme winter ‘heat waves’ over the Arctic Ocean.

In the centre-left on the land, we can see a straight, dark link with a circle at its left end. This is the runway for Alert – the northernmost known settlement in the world. Inhabited mainly by military and scientific personnel on rotation, Alert is about 800 km from the North Pole.

A team of researchers on the CryoVex/Karen campaign was recently in Alert validating sea-ice thickness measurements from the CryoSat satellite and testing future satellite mission concepts.

Taking off from Alert, the team flew two aircraft equipped with instruments that measure sea-ice thickness at the same time the satellite flew some 700 km overhead. The measurements from the airborne campaign will be compared to the satellite measurements in order to confirm the satellite’s accuracy.

A team will also make ground measurements of snow and ice along a CryoSat ground track in April.

Ground campaigns like this provide a wealth of data that help scientists better understand how the Arctic is changing and, ultimately, how climate is changing.