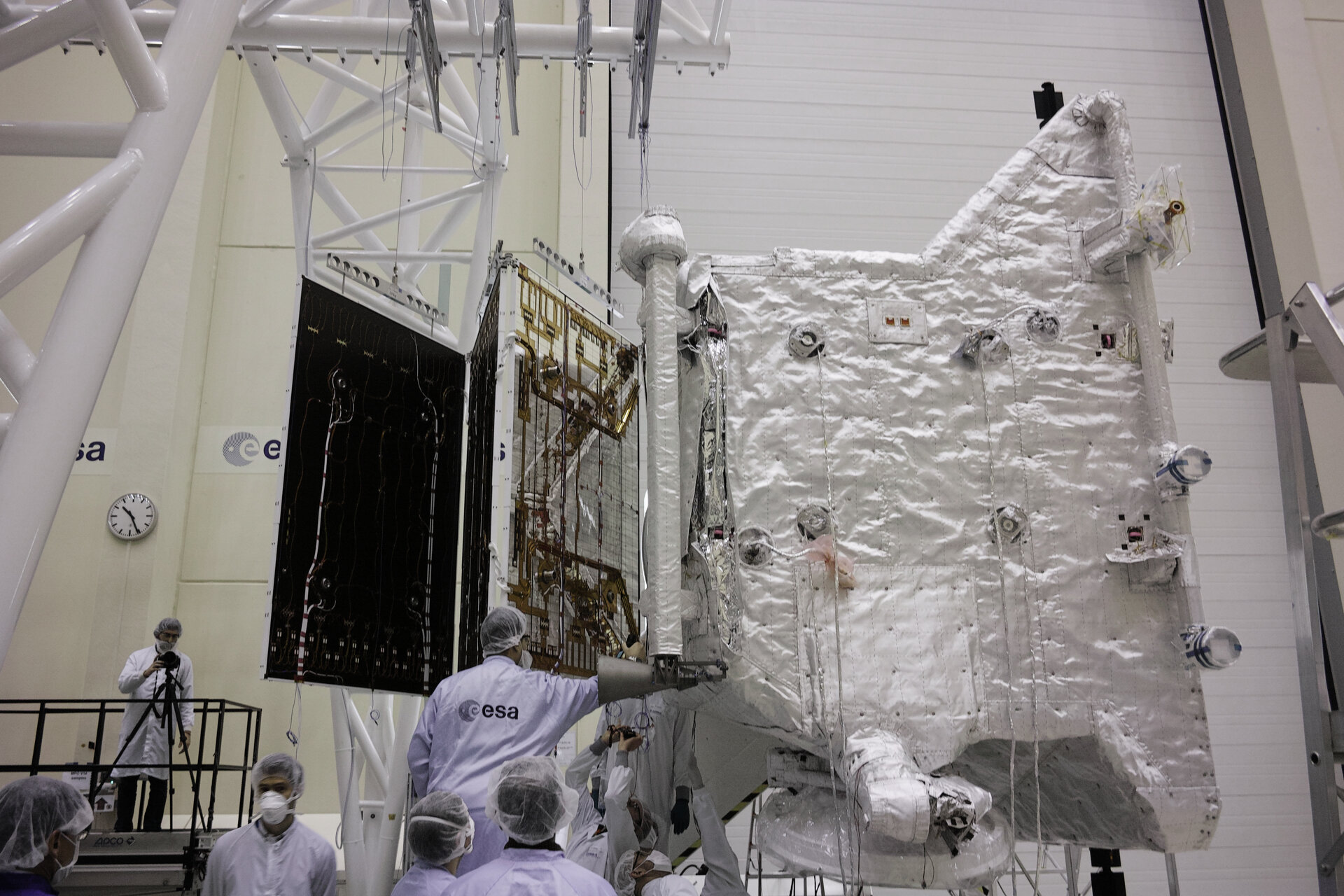 The BepiColombo mission to Mercury is undergoing final testing at ESA’s technical centre in the Netherlands prior to its launch from Europe’s Spaceport in Kourou, French Guiana in October 2018.

ESA’s Mercury Planetary Orbiter first saw the 7.5 m-long three-panel solar wing being attached, and then unfurled. This was the first time the array had been deployed while attached to the orbiter. The panels were held from above to simulate the weightlessness of space.

The opening will be repeated after the spacecraft has been vibrated to simulate the conditions of launch, and again after it arrives at the launch site.

In this view, the solar wing is partially unfolded. The ‘back’ of the wing is facing the viewer, showing the cabling that will be connected to the main body, while the reflective Sun-facing side of the panels are not seen. One of the back panels is also reflective, to deflect stray light coming from the body.

The wing will be folded against the body inside the Ariane 5 launch vehicle and will only open once in space.

The Mercury Planetary Orbiter will be attached to Japan’s Mercury Magnetospheric Orbiter, which will sit inside a protective sunshield. The two scientific spacecraft will be carried to the innermost planet by the Mercury Transport Module, using a combination of electric propulsion and multiple gravity-assists at Earth, Venus and Mercury.

After the 7.2 year journey, the two will separate and make complementary measurements of Mercury’s interior, surface, exosphere and magnetosphere. The data will tell us more about the origin and evolution of a planet located close to its parent star, providing a better understanding of the overall evolution of our own Solar System as well as exoplanet systems.