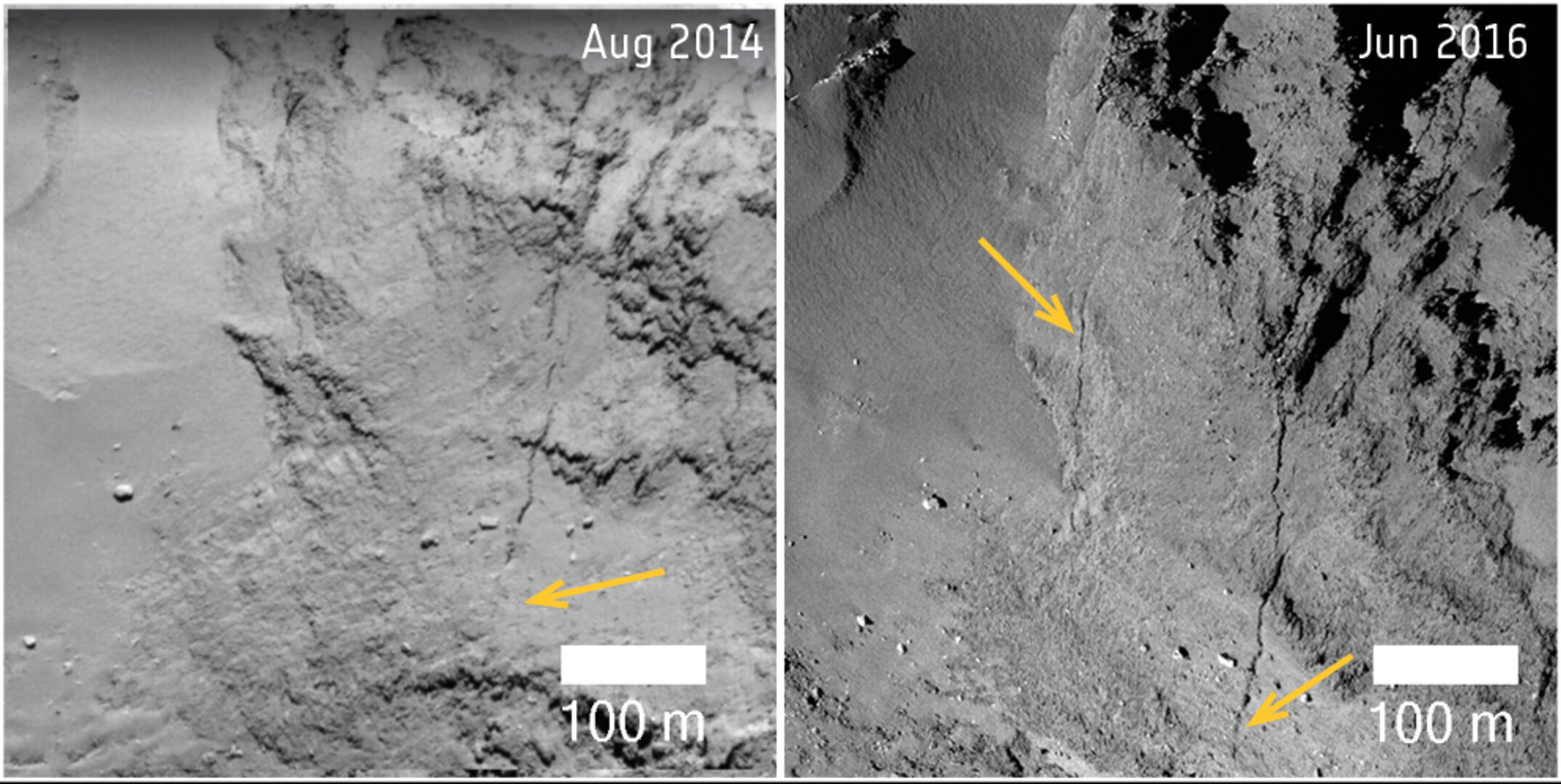 A 500 m-long fracture in the neck region of Comet 67P/Churyumov–Gerasimenko was spotted early in Rosetta’s mission (left), which evolved over the two years of study. Already by December 2014, it had extended by about 30 m, which is thought to be linked to the comet’s increasing spin rate in the lead up to perihelion. Furthermore, in images taken in June 2016 (right), a new fracture at least 150 m long, and perhaps extending up to 300 m, was identified parallel to the original fracture, as indicated here.