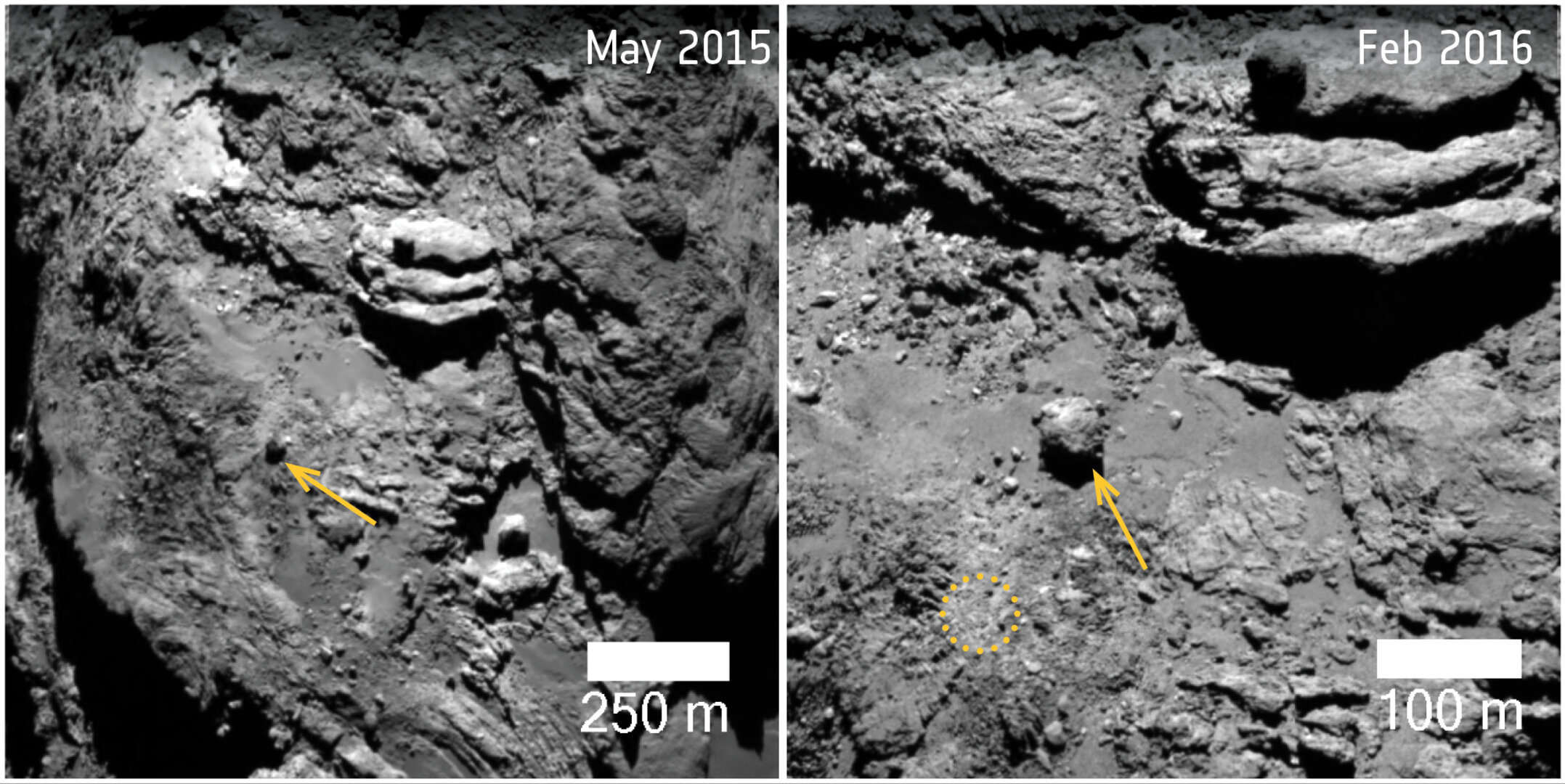 A 30 m-wide, 12 800 tonne boulder, was found to have moved 140 m in the Khonsu region of Comet 67P/Churyumov–Gerasimenko in the lead up to perihelion in August 2015, when the comet’s activity was at its highest. In both images, an arrow points to the boulder; in the right-hand image, the dotted circle outlines the original location of the boulder for reference.

The movement could have been triggered in one of two ways: either the material on which it was sitting eroded away, allowing it to roll downslope, or a sufficiently forceful outburst could have directly lifted it to the new location. Indeed, several outburst events were detected close to the original position of the boulder during perihelion.