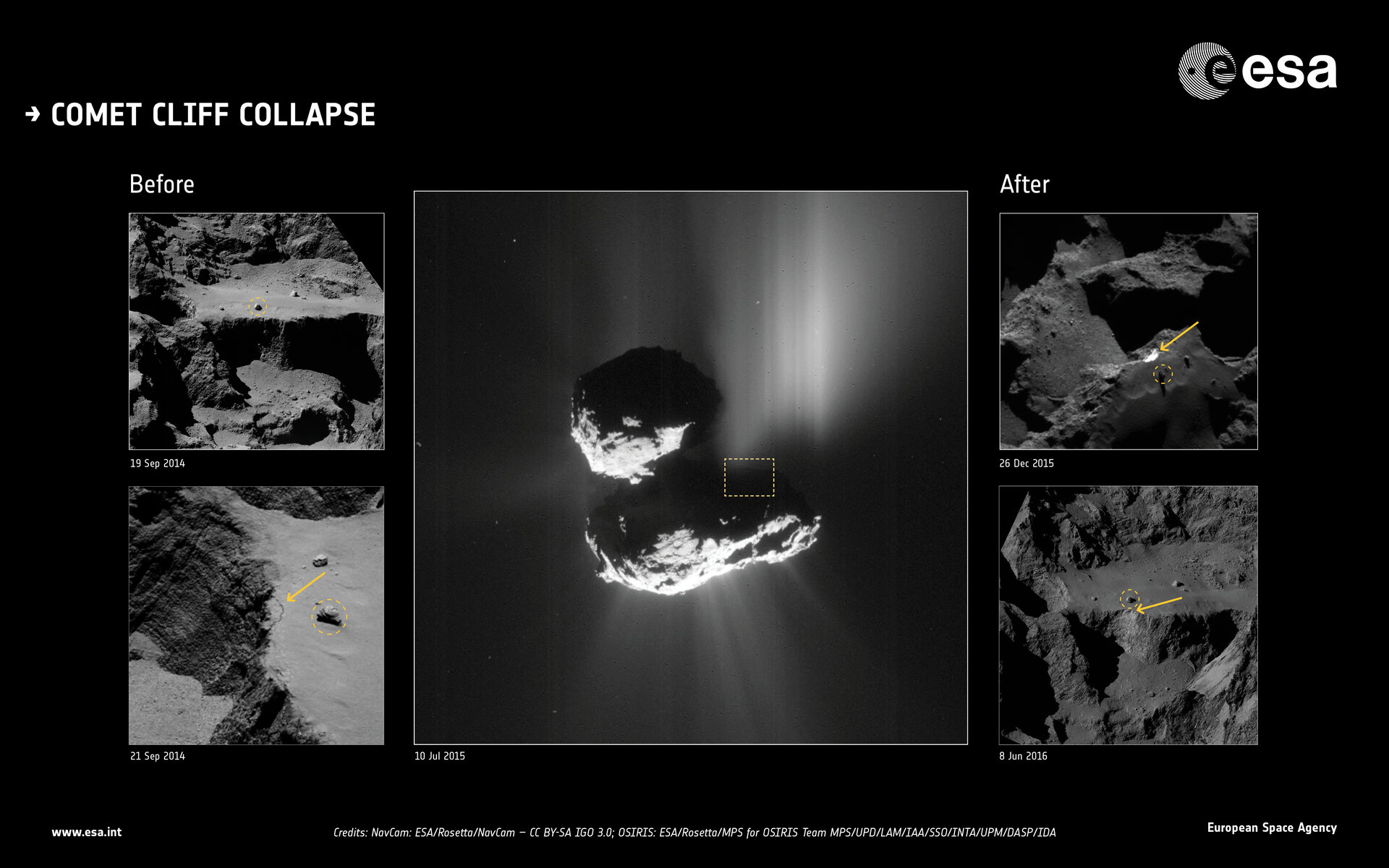 Comet cliff collapse: before and after

Left: images of the 70 m-long, 1 m-wide fracture at the top of the 134 m-high Aswan cliff in the Seth region of Comet 67P/Churyumov–Gerasimenko (marked with arrow). The last image of the fracture still present was taken on 4 July 2015 (not shown here).

Centre: a broad plume of dust is imaged by Rosetta’s navigation camera on 10 July 2015, which can be traced back to an area on the comet that encompasses the Seth region (the Aswan cliff is included within the marked rectangle).

Right: two example images taken after the cliff collapse, showing the exposed material in the cliff face (top) and the new outline of the cliff top (bottom).

The same boulder is circled in all images to guide the eye when viewing the scene from different orientations.