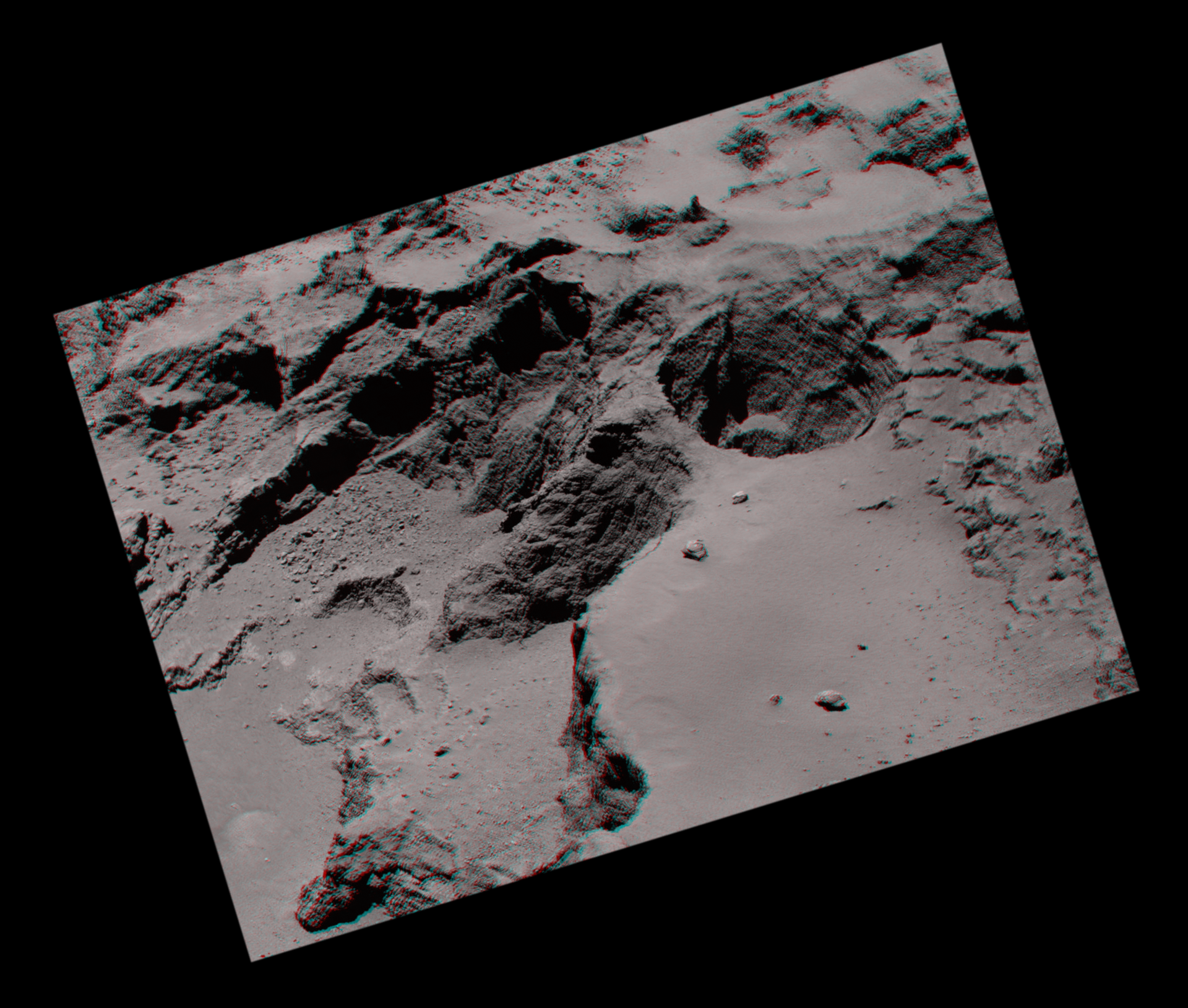 Anaglyph image looking onto the top of the Aswan cliff plateau in the Seth region of Comet 67P/Churyumov–Gerasimenko. The image, taken on 22 September 2014, shows a fracture in the cliff top that is 70 m long and 1 m wide, and separates an overhanging block 12 m across from the main plateau. This portion of the cliff top fell away on 10 July 2015. Anaglyph images like these were prepared to help evaluate the volume of overhang that detached. The images are best viewed using red–green/blue 3D glasses.

The image also shows a 220 m-wide, 185 m-deep pit (right of centre), the terraced topography elsewhere in the Seth region (background), and a small portion of the comet’s smooth neck region (bottom left)/

The image was taken on 22 September 2014 by Rosetta’s OSIRIS camera, approximately 26 km from the surface of Comet 67P/Churyumov–Gerasimenko. The image scale is 0.5 m/pixel.