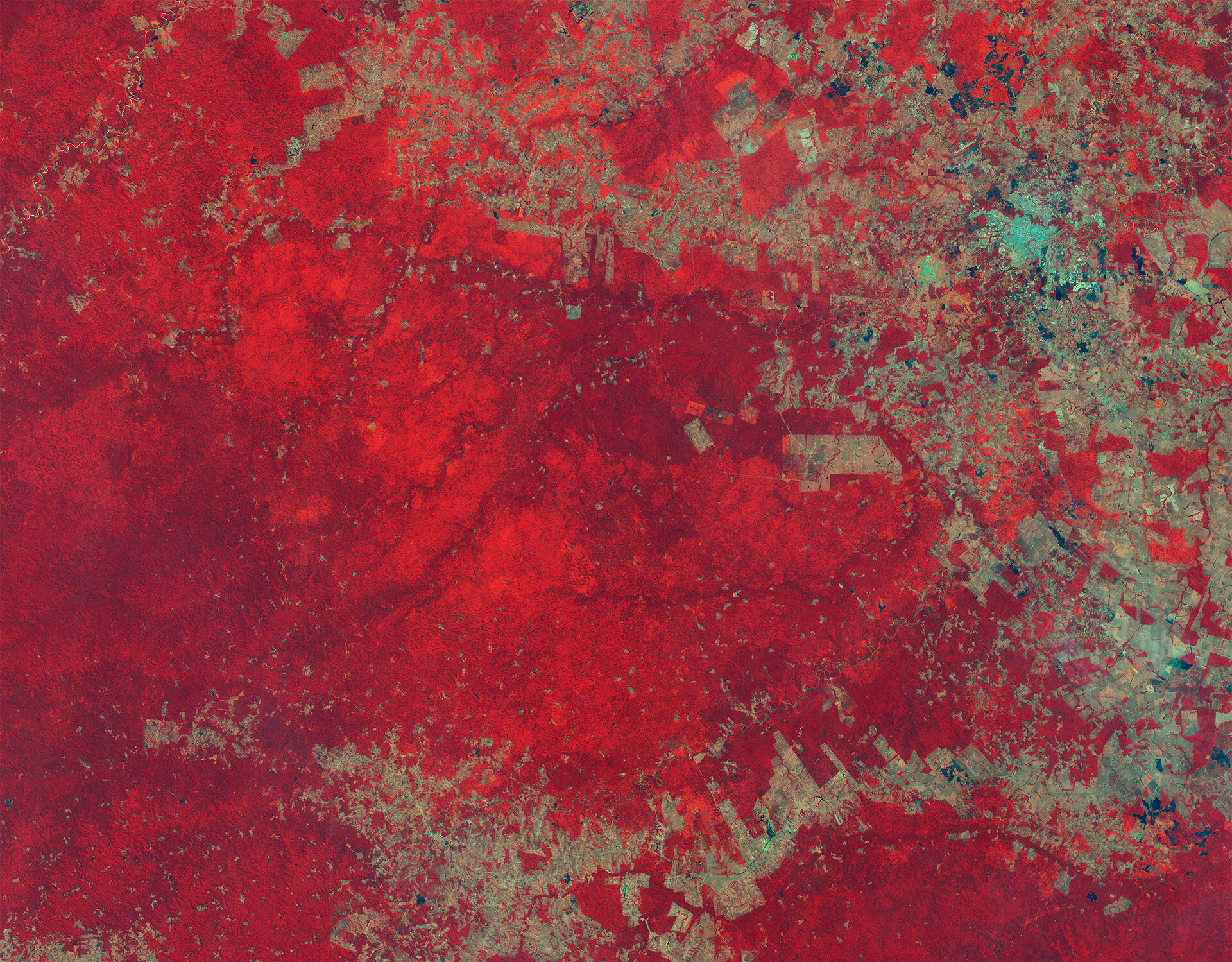 Deforestation near the northwestern Brazilian city of Rio Branco has made its mark on the rainforest over the last 30 years. In this Copernicus Sentinel-2 image from 05 August 2016, we can see where vegetation has been cleared away for logging, farming and other activities.

Unlike other forests, rainforests do not grow back when they are destroyed and, owing to their composition, their soils are not suitable for long-term agricultural use.

In this false-colour image, vegetation appears red to help us better distinguish between vegetated and non-vegetated areas.