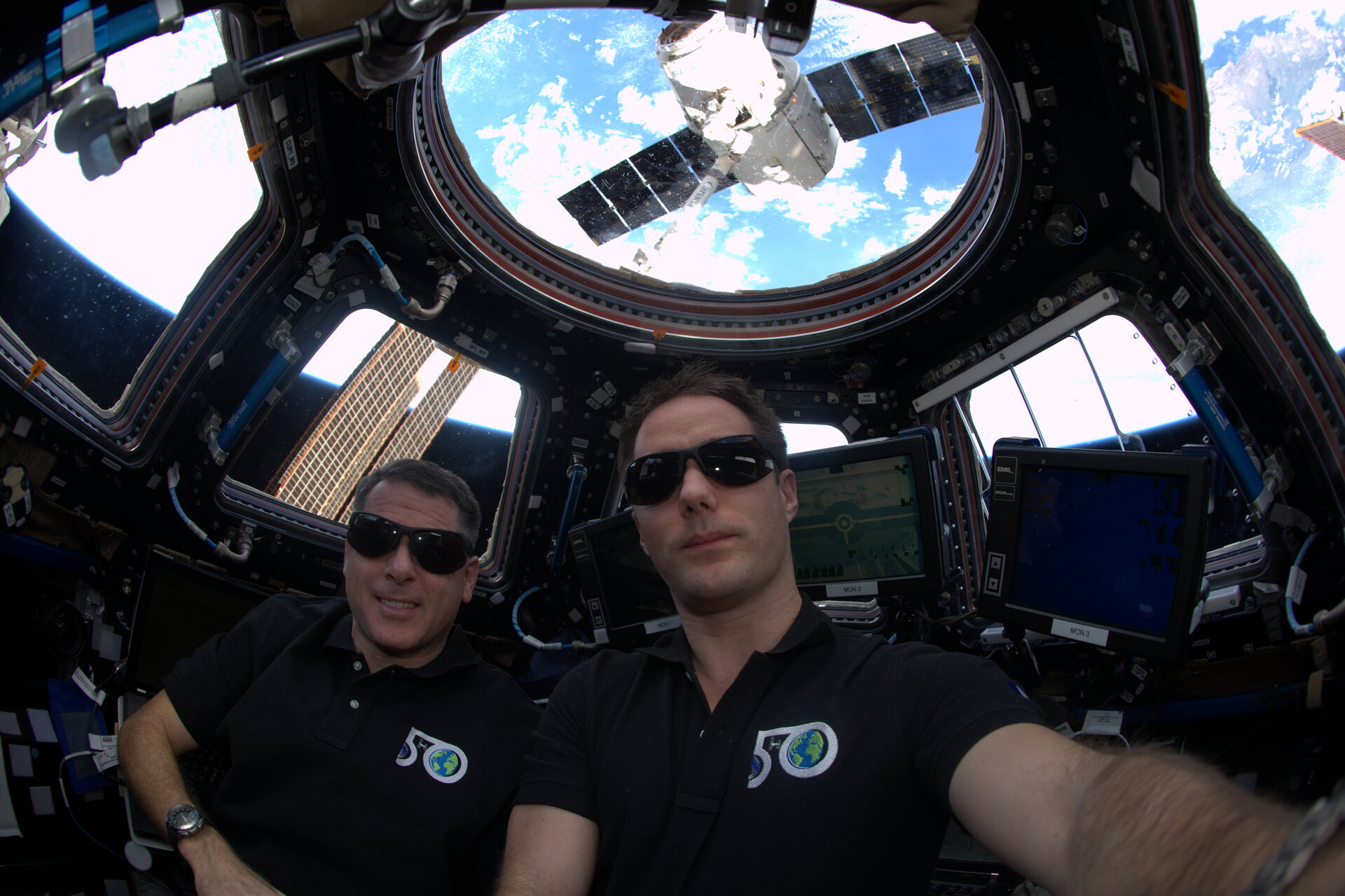 ESA astronaut Thomas Pesquet and NASA astronaut Shane Kimborough pose for a selfie in the Space Station's Cupola with the departing Dragon spacecraft visible in the background.

Having delivered its cargo the Dragon spacecraft was released from the Station's Canadarm2 early on 19 March 2017. Loaded with science samples from Station research studies, the Dragon capsule splashed down in the Pacific Ocean a few hours later.

Connect with Thomas at http://thomaspesquet.esa.int