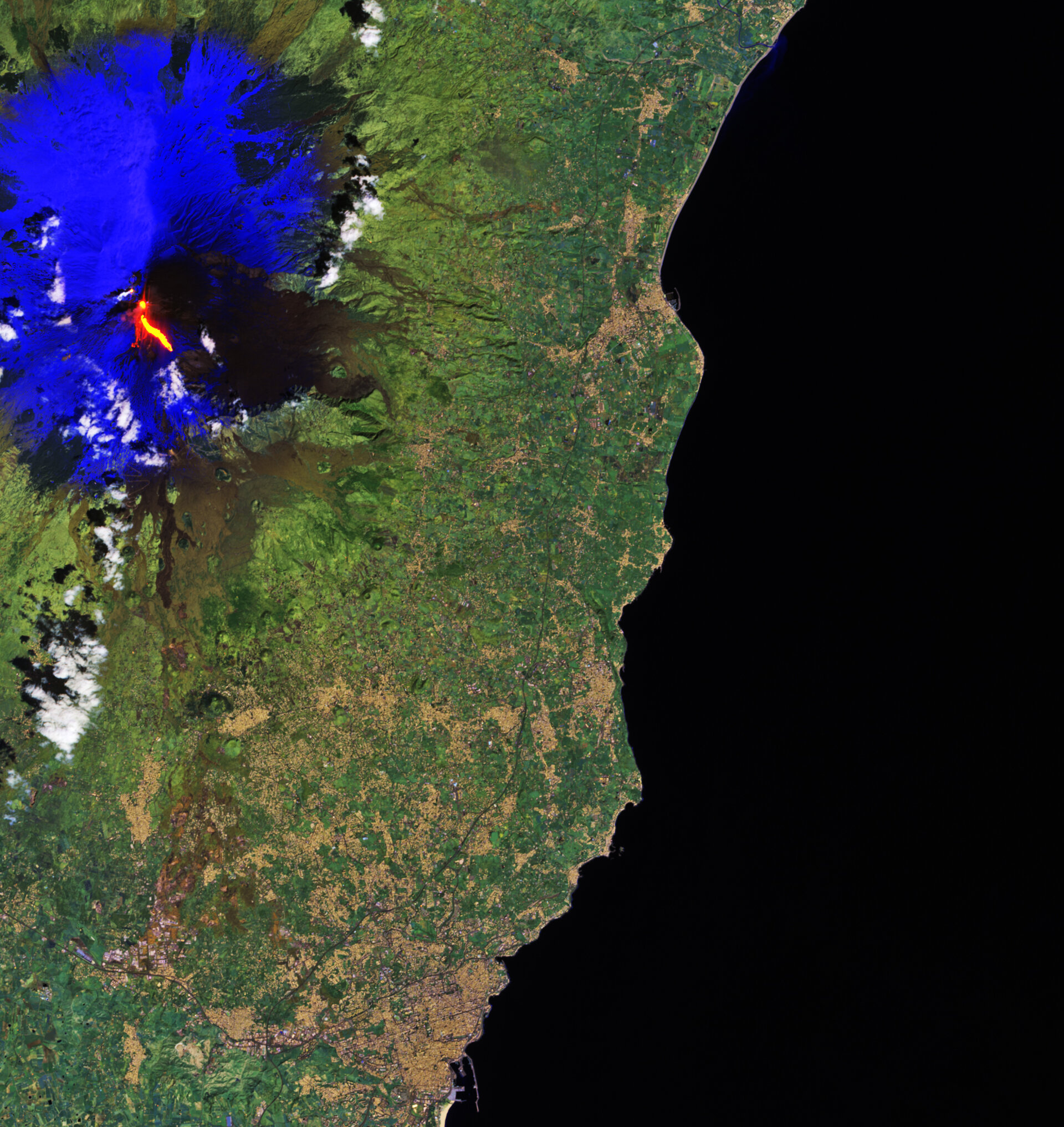 This image of the lava flowing from Mount Etna in Sicily, Italy, was captured today at 10:45 GMT (11:45 CET) by the Copernicus Sentinel-2A satellite.

Mount Etna is the largest active volcano in Europe and has one of the world’s longest records for continuous eruption. Today, however, there was a sudden explosion resulting in several people being injured.

The red hot lava flowing from Mount Etna can be seen clearly in the image from Sentinel-2A. The surrounding snow has been processed in blue to distinguish from the clouds.

The mission is designed as a constellation of two satellites and its identical twin, Sentinel-2B, was launched just a few days ago, on 7 March.