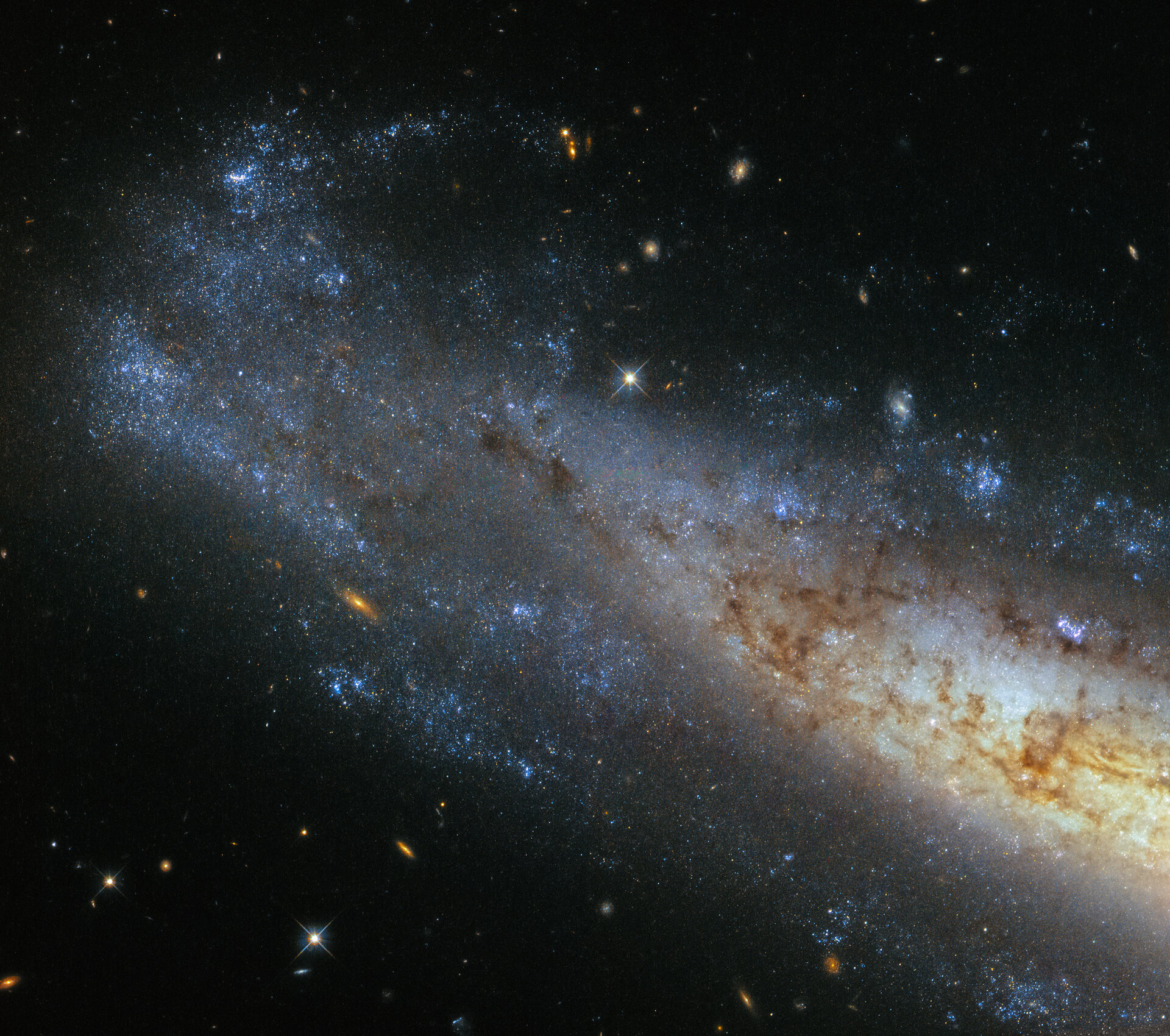 This image from Hubble’s Wide Field Camera 3 (WFC3) shows NGC 1448, a spiral galaxy located about 50 million light-years from Earth in the little-known constellation of Horologium (The Pendulum Clock). We tend to think of spiral galaxies as massive and roughly circular celestial bodies, so this glittering oval does not immediately appear to fit the visual bill. What’s going on?

Imagine a spiral galaxy as a circular frisbee spinning gently in space. When we see it face on, our observations reveal a spectacular amount of detail and structure — a great example from Hubble is the telescope’s view of Messier 51, otherwise known as the Whirlpool Galaxy. However, the NGC 1448 frisbee is very nearly edge-on with respect to Earth, giving it an appearance that is more oval than circular. The spiral arms, which curve out from NGC 1448’s dense core, can just about be seen.

Although spiral galaxies might appear static with their picturesque shapes frozen in space, this is very far from the truth. The stars in these dramatic spiral configurations are constantly moving and spinning around the galaxy’s core, with those on the inside whirling around faster than those sitting further out. This makes the formation and continued existence of a spiral galaxy’s arms something of a cosmic puzzle, because the arms wrapped around the spinning core should become wound tighter and tighter as time goes on — but this is not what we see. This is known as the winding problem.