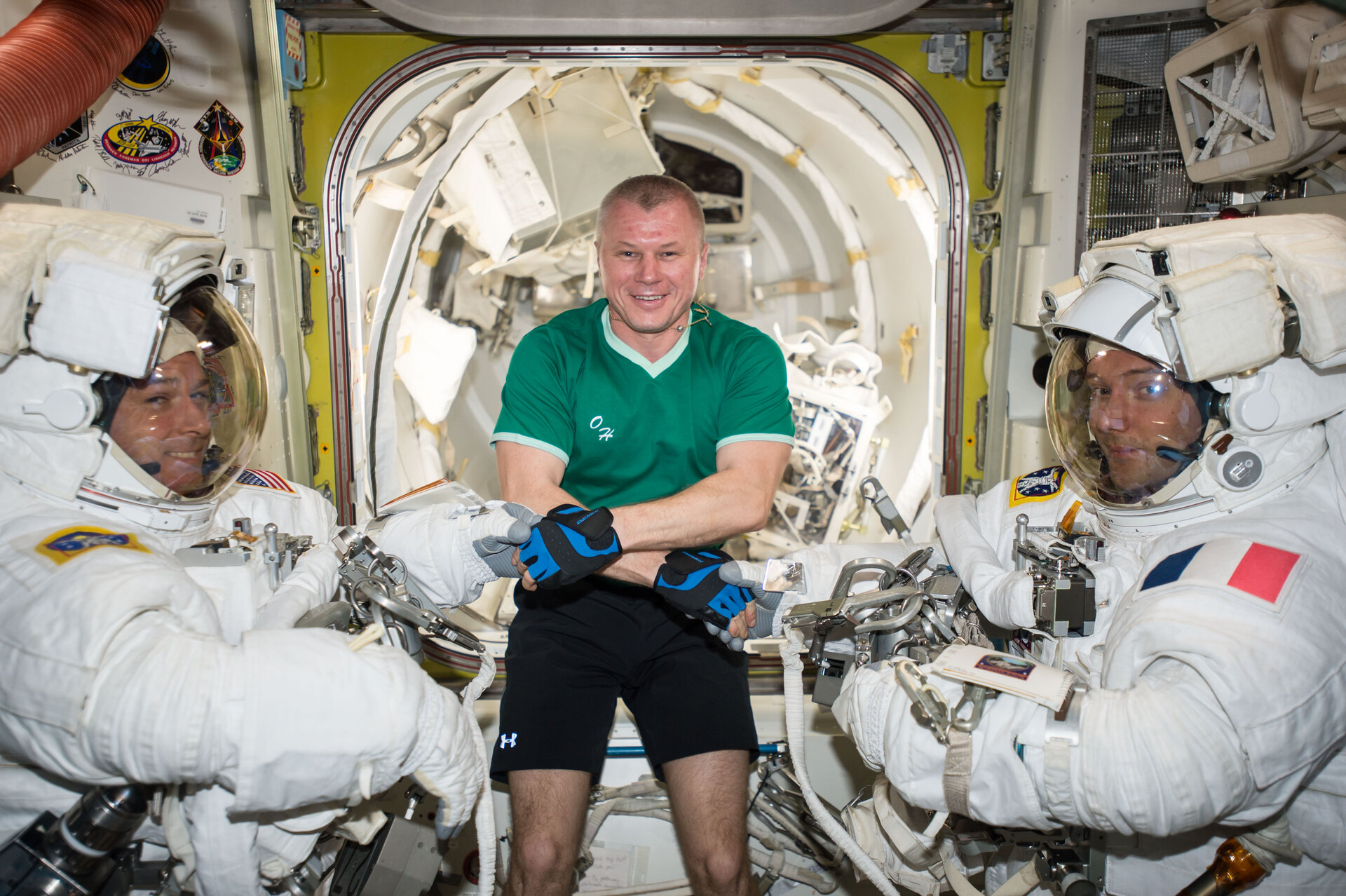 They spent six hours and 34 minutes outside working on upgrading the Space Station’s computer systems, replacing lights, checking for leaks in the cooling system and maintaining the Dextre robotic hand.