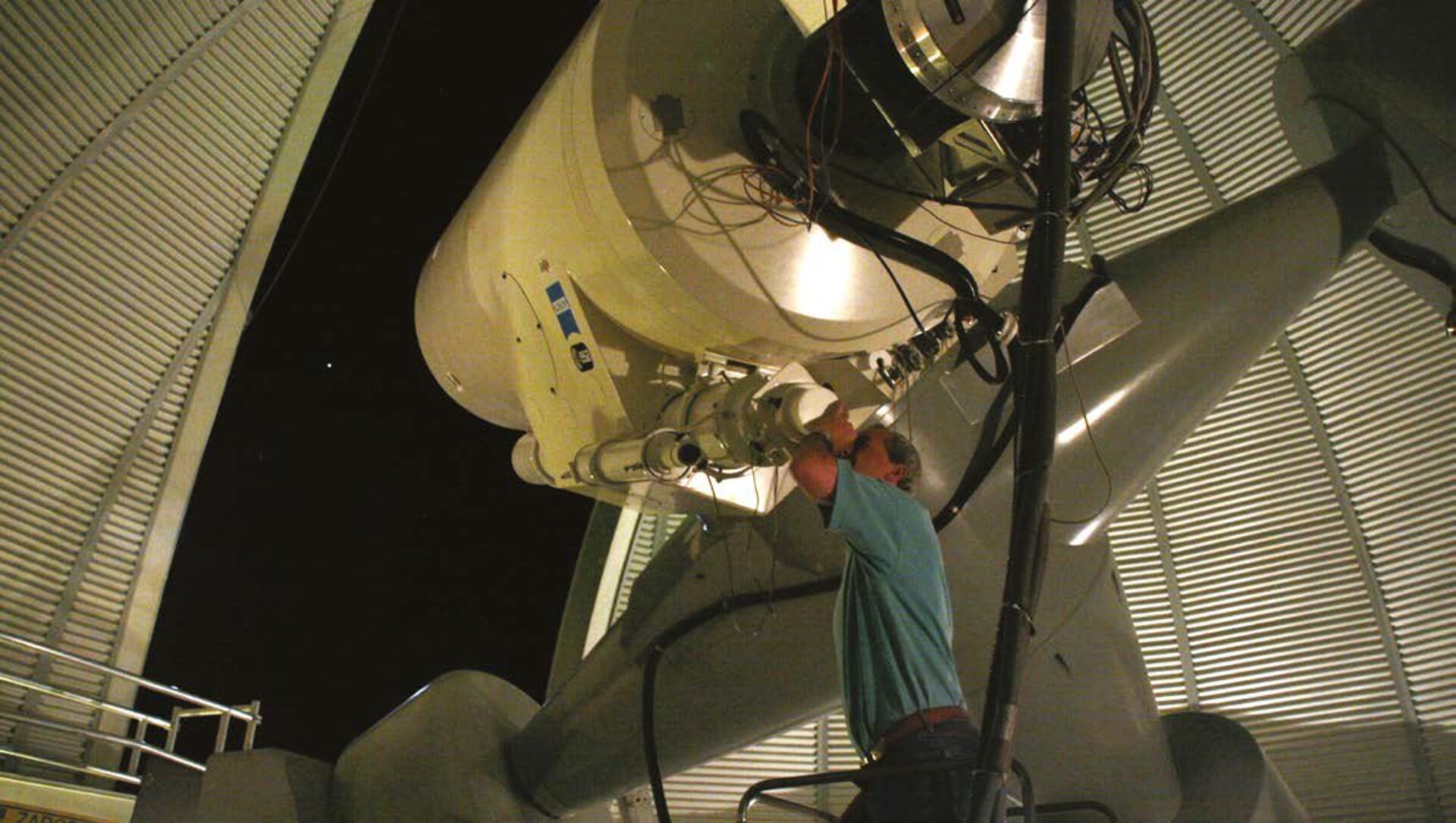 ESA operates its Optical Ground Station (OGS) at the Teide Observatory on Tenerife, Spain, where a Zeiss 1 m-diameter telescope is used to survey and characterise objects near the ‘geostationary ring’ some 36 000 km above the equator. The telescope has Ritchey­Chrétien optics and highly efficient digital cameras.

The telescope can detect and track objects around geostationary altitudes down to 10–15 cm in size. With this performance, the ESA telescope is top­ranked worldwide.

The data provided by the telescope are a major input for space debris environment models.

The telescope is also capable of conducting photometric observations, to determine the ‘colour’ of objects. This enables the material properties of unknown objects to be characterised and provides valuable information on the potential origin of newly detected fragments.

In almost 60 years of space activities, more than 5250 launches have resulted in some 42 000 tracked objects in orbit, of which about 23 000 remain in space and are regularly tracked by the US Space Surveillance Network and maintained in their catalogue, which covers objects larger than about 5–10 cm in low orbit and 0.3–1 m at geostationary altitudes.

Only a small fraction – about 1200 – are intact, operating satellites today.