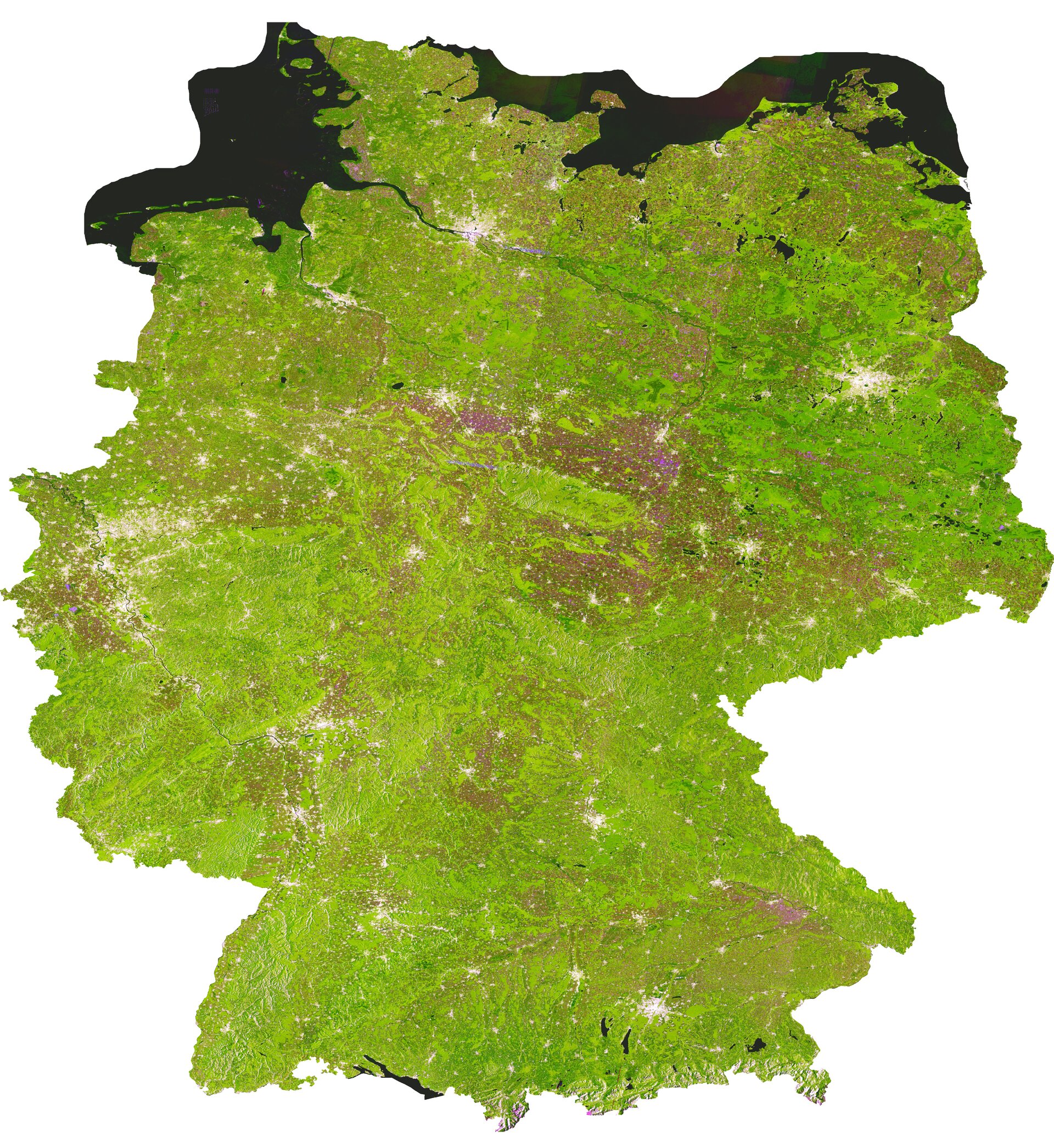 Sentinel-1 TimeScan product: of Germany derived from more than 1500 scans by Sentinel-1 between May 2014 and July 2016. In the false-colour image, the temporal average, minimal and maximal backscattering values are represented for every pixel in the red, green and blue bands. Urban conglomerations, for example, reflect strongly and appear as prominent, bright areas. Water bodies deflect a large proportion of the oblique synthetic aperture radar beams from the satellite and are therefore dark. Vegetated regions are distinguished by comparatively high minimal backscatter, which causes forests and meadows to appear in green tones. Temporally dynamic land cover types, such as crop acreage, have changed considerably during the acquisition period and appear lilac in the data product.