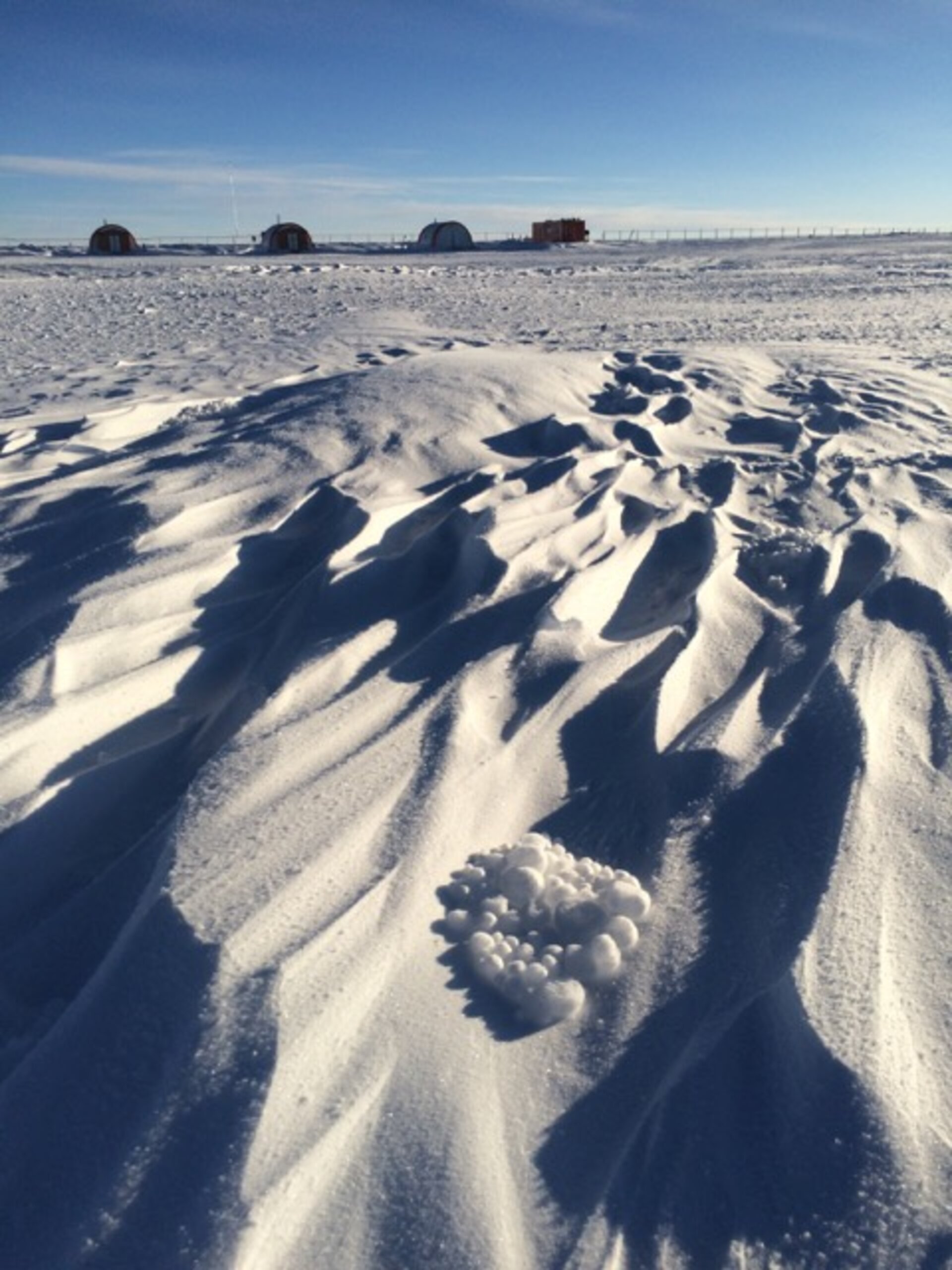 These ‘yukimarimo’ photographed near the Concordia Research Station were not made by humans for a snowball fight but rather by Antarctic wind.

Discovered by Japanese researchers in 1995 – yuki meaning ‘snow’ and marimo ‘moss balls’ that they resemble – they form when temperatures rapidly drop following a storm. The resulting layer of hoarfrost that forms on the snow is then broken up by light wind that packs the ice crystals into these balls of fine frost. They then tumble across the Antarctic desert, symbols of the icy continent’s barrenness and desolation, or near desolation.

Antarctica’s inhospitable conditions are braved annually by researchers and participants in the name of science. ESA utilises the permanent, year-round French-Italian Concordia Research Station to run experiments focusing on human research. In the harsh cold and the alternating six months of complete daylight and total darkness, Antarctica is a unique testing ground for the harsh conditions humans will encounter on exploration missions to Moon, Mars or beyond.

"Concordia offers ESA a place to conduct research on people living far away from civilisation in extreme conditions – much like spaceflight," explains Jennifer Ngo-Anh, ESA's head of Human Research.

How we adapt physically and psychologically to such extreme environments is the focus of these experiments.

This year’s team, consisting of an ESA-sponsored medical doctor Carole Dangoisse and 14 other crewmembers, arrived during the Antarctic summer (November to February) and have just passed the six-month mark of their stay. They experienced their last sunrise on 3 May and have since been plunged into a darkness that intensifies daily until the September equinox. According to Dr Dangoisse, the lowest temperature they have recorded so far is –73.6 °C with a wind chill factor of –96.8 °C.

To keep spirits high among the volunteers, the team organises extracurricular activities alongside daily tasks. Music groups, yoga classes, movie viewings and special mid-winter festivities create a sense of community and togetherness that are key to mission success in such harsh terrain. Like the yukimarimo, the team must keep on keeping on in the world’s largest desert for a little while yet.