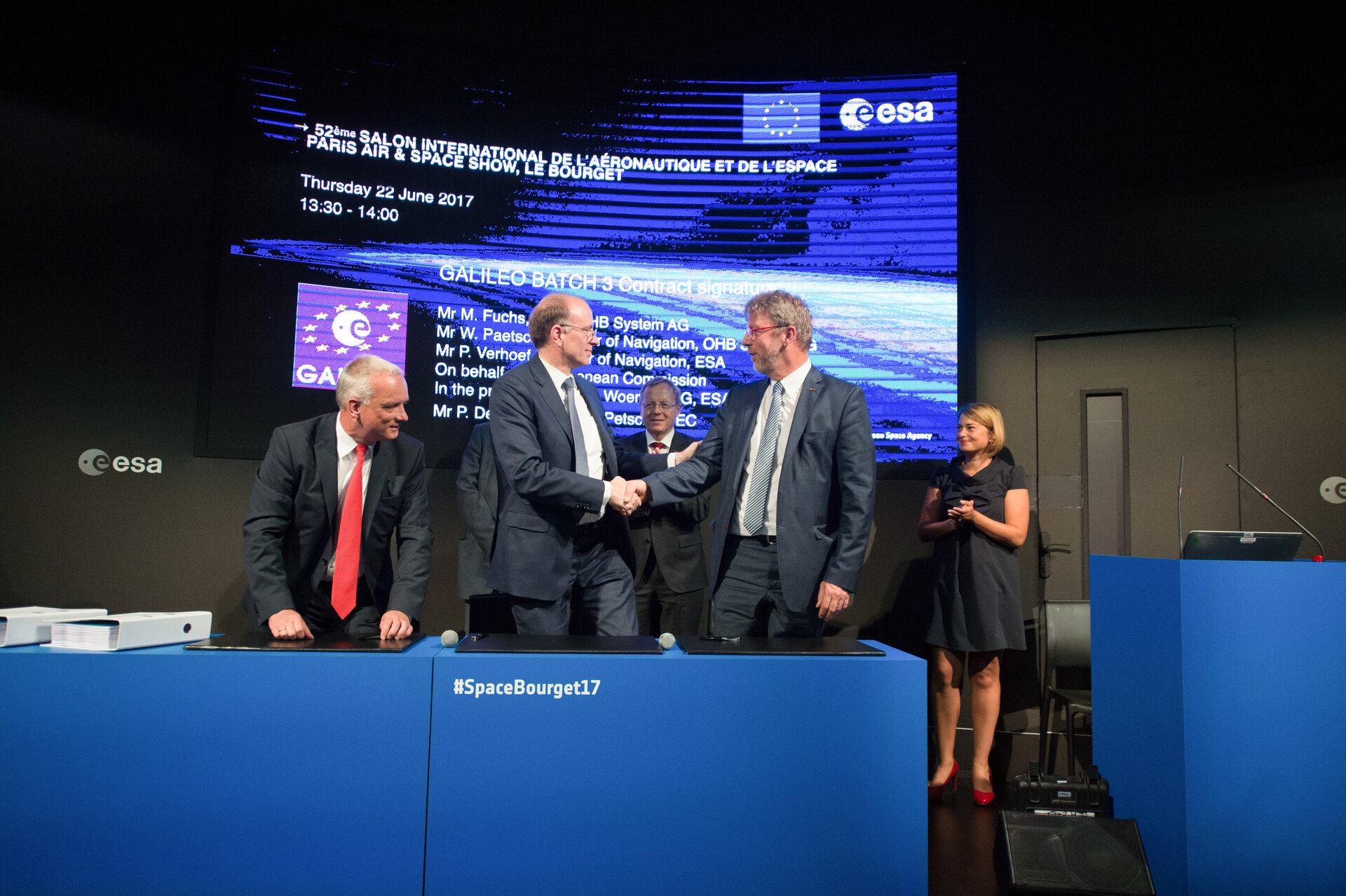 Signing the contract to build and test another eight Galileo satellites on 22 June 2017, at the ESA Pavilion during the Paris Air and Space Show on 22 June 2017. It was awarded to a consortium led by prime contractor OHB, with Surrey Satellite Technology Ltd overseeing their navigation platforms. ESA’s Director of the Galileo Programme and Navigation-related Activities, Paul Verhoef (right), signing the contract of behalf of the European Commission, shakes hands with the CEO of OHB, Marco Fuchs beside OHB Navigation Director Wolfgang Paetsch, in the presence of ESA Director General Jan Wörner (in background) and the EC’s Deputy Director-General for Internal Market, Industry, Entrepreneurship and SMEs, Pierre Delsaux.