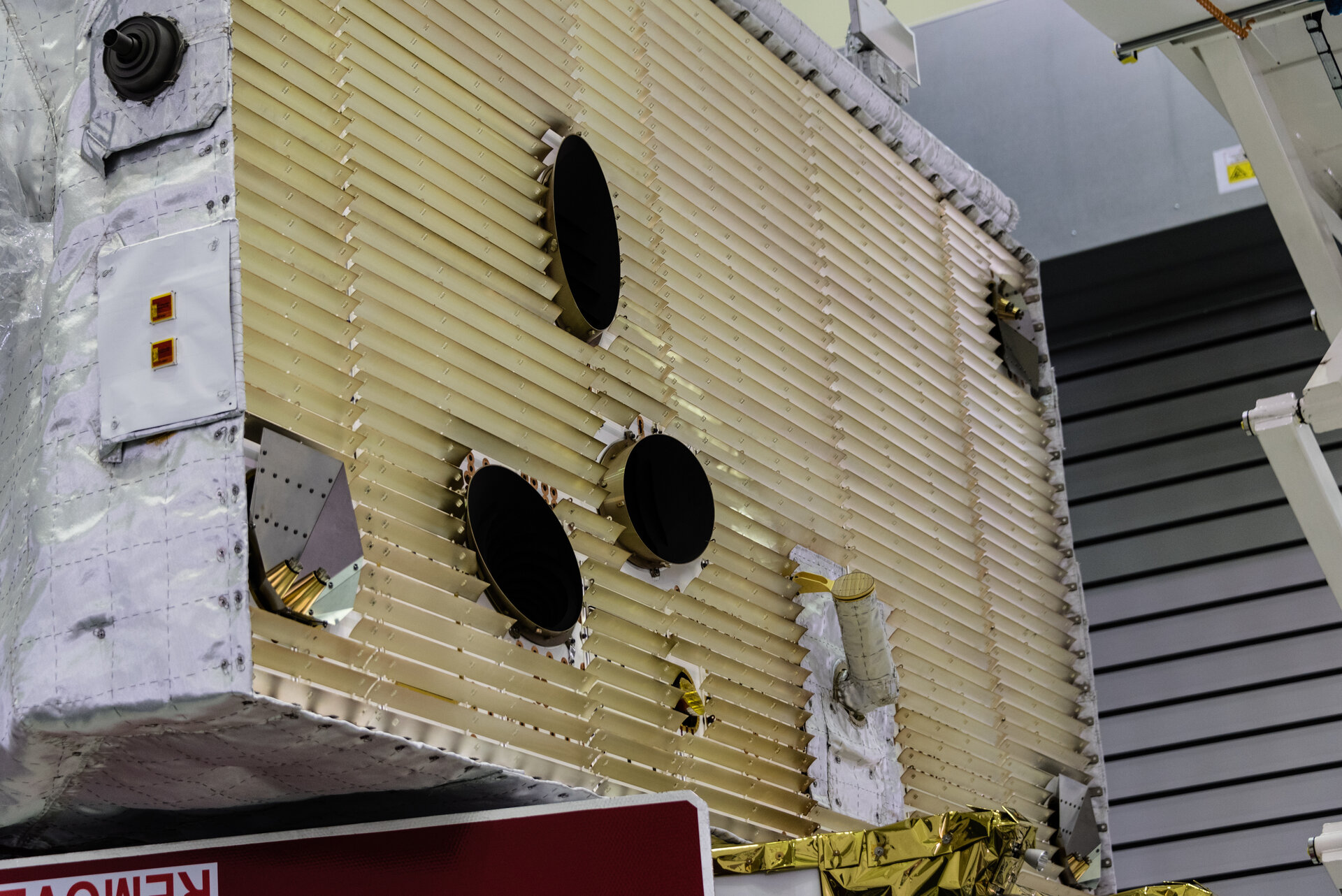 The BepiColombo Mercury Planetary Orbiter has a number of distinctive features, not least its 3.7 m wide radiator panel seen above. The radiator is designed to reflect heat directionally, allowing the spacecraft to fly at low altitude over the hot surface of the planet. Heat generated by spacecraft subsystems and payload components, as well as heat that comes from the Sun and Mercury and ‘leaks’ through the blankets into the spacecraft, is carried away to the radiator by heat pipes.

Most science instruments are mounted on the side of the spacecraft that will point at Mercury, with certain instruments or sensors located at the main radiator, to achieve the low detector temperatures needed for sensitive observations. For example, the rectangular panel with the small cylindrical protrusion at the bottom centre is the PHEBUS instrument, an ultraviolet spectrometer. Left of that, the small feature is MERTIS, a radiometer and thermal imaging spectrometer.

The three oval shapes indicate startrackers, used for navigation, and the two red squares on the side are sun sensors. A low-gain antenna is situated above the sun sensors.