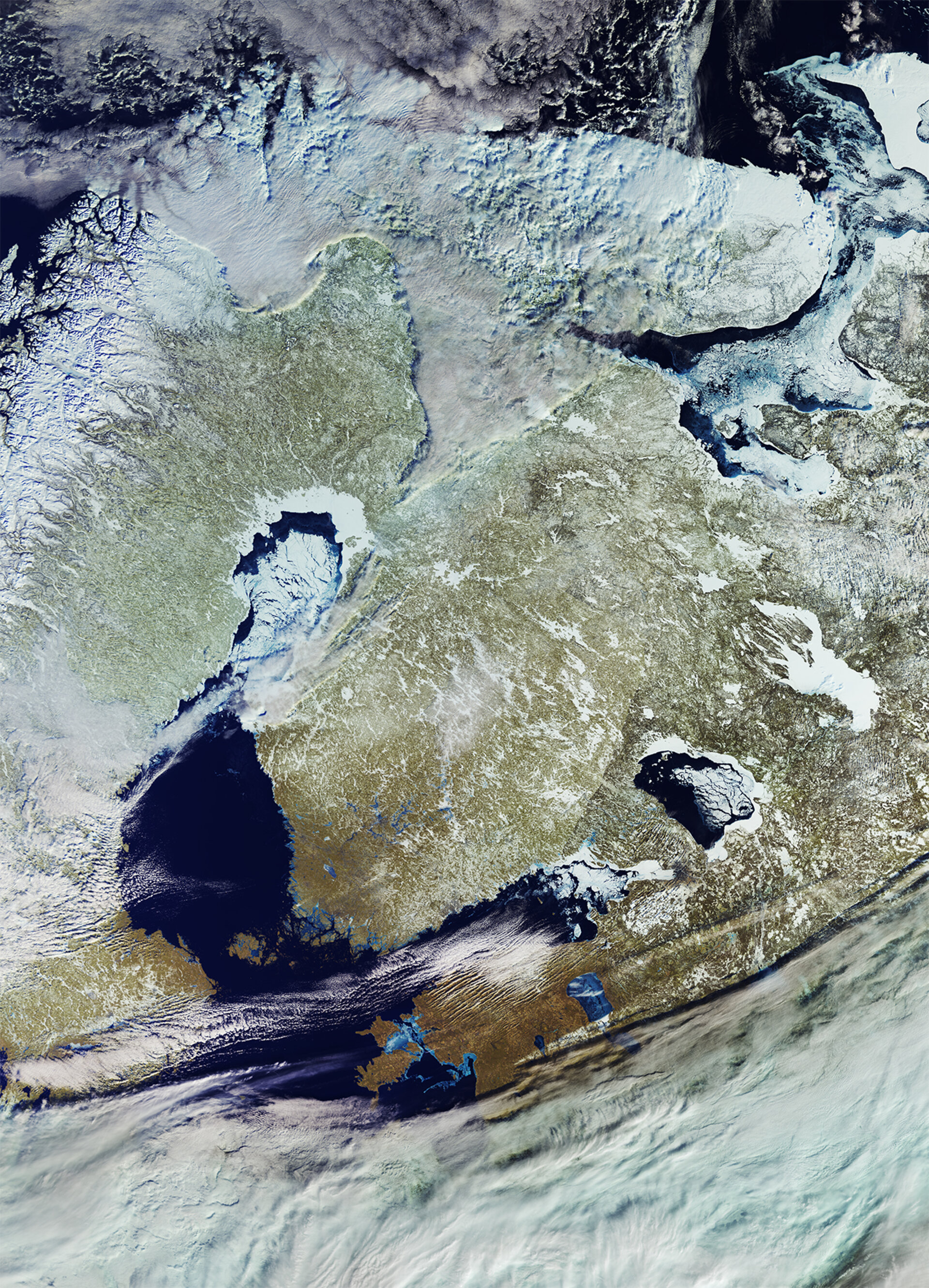 The Copernicus Sentinel-3 satellite takes us over the Baltic Sea and surrounding countries.

Snow, ice and clouds dominate the image, providing us with an overall view of the area’s climate when this image was captured on 6 March. Sentinel-3 offers a ‘bigger picture’ for Europe’s Copernicus programme by systematically measuring Earth’s oceans, land, ice and atmosphere to monitor and understand large-scale global dynamics.

Finland is positioned at the centre of the image. The country has been called the ‘land of a thousand lakes’ – most of which are covered by ice and snow in this image.

To its west is the Gulf of Bothnia, the northernmost arm of the Baltic Sea separating part of Finland from Sweden. Clouds on the lower left obstruct our view of the Swedish capital, Stockholm.

In the upper left we can see part of Norway’s coastline with its famed fjords. During the ice age, ice and rivers carved deep valleys in the mountains. As the climate changed, most of the ice melted and the valleys were gradually filled with salt water from the coast, giving birth to the fjords.

Russia dominates the right side of the image with the ice-covered Lake Onega and partially covered Lake Ladoga.

Estonia is visible in the lower-central part of the image with significantly less snow cover, but with large areas of ice along its coast and on Lake Peipus.