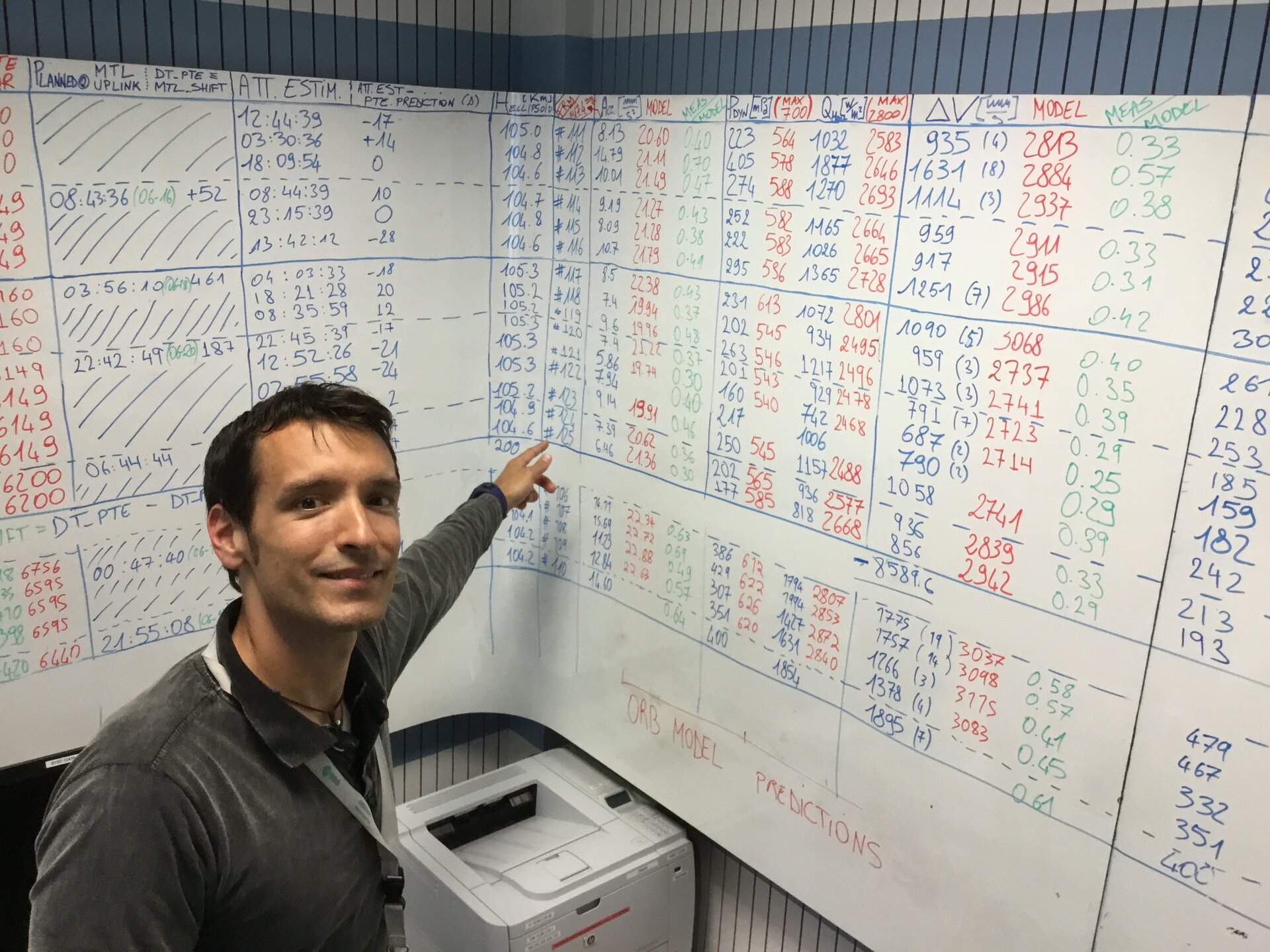 The TGO orbiter swung into an initial, highly elliptical orbit at Mars on 19 October last year.

Aerobraking - using drag from the faint wispy tendrils of the upper-most part of the martian atmosphere to slow and lower the spacecraft into its final science orbit - began on 15 March, and will take most of a year, following a cautious ‘slow-as-you-go’ strategy.

As with Goldilocks and the famous bears, staying too high won't drag on TGO sufficiently to reach its intended orbit anytime soon, while dipping too low into the atmosphere could slow it too much, with unwanted results.

Therefore, the flight dynamics team carefully assess the results of every aerobraking orbit, and make detailed predictions on the subsequent orbits based on realtime results. This means there is a lot of data to keep up with.

They have, of course, many sophisticated tools, applications and databases available to help determine orbits, visualise trajectories and calculate future spacecraft manoeuvres.

"But the white board in our briefing room is the best tool we've found for giving everyone an up-to-the-date, realtime view of aerobraking progress during our frequent review meetings," says ESA's Robert Guilanyà, seen above, the TGO flight dynamics team lead.

"A large group of people need to see and discuss the data collected from the atmospheric passages to plan subsequent aerobraking activities. Marking up the white board by hand is simple, easy and instantly viewable by all."

From 25 June to end-August, aerobraking is on pause due to Mars and Earth lining up on opposite sides of the Sun in a conjunction that greatly reduces the reliability and robustness of communication to and from the spacecraft.

Aerobraking will resume in August, and should continue until early 2018, when TGO will perform a series of final manoeuvres to transition to its approximately 400-km high, circular science orbit.