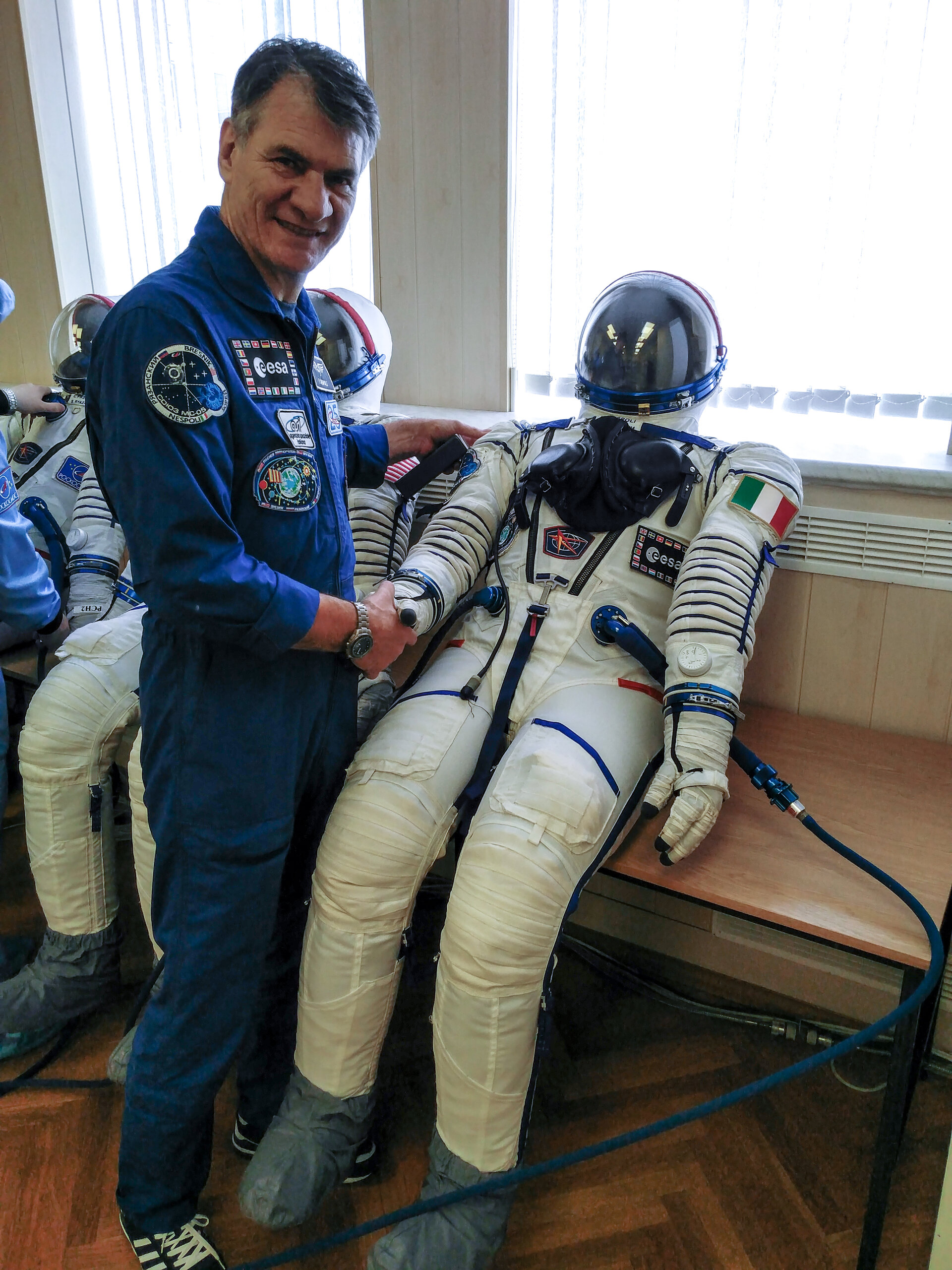 If the suit makes the man, than the Sokol is what makes the astronaut, as ESA astronaut Paolo Nespoli knows well. He will be suited up in this Sokol outfit for his 28 July launch to the International Space Station as part of Expedition 52/53.

Worn by every astronaut in a Soyuz vehicle, the Russian Sokol provides protection in the event of an air leak. The suit is tailor-made for each astronaut and is intended for life support only inside Soyuz.

Once aboard the Station, the astronauts store the suits for their return flight to Earth. Before launch, the suits are checked for leaks by inflating them to high pressure, as seen here.

Paolo and crewmates Sergey Ryazansky of Roscosmos and Randy Bresnik of NASA are in Baikonur for final training as well as a series of preflight traditions.

In addition to Sokol testing this week, the crew also visited their Soyuz MS spacecraft for a final check this week. Traditions completed so far include the flag-raising ceremony and museum visits.

Paolo’s third and last mission to the Station is named Vita, which means “life” in Italian, and reflects the experiments Paolo will run and the philosophical notion of living in outer space – one of the most inhospitable places for humans.