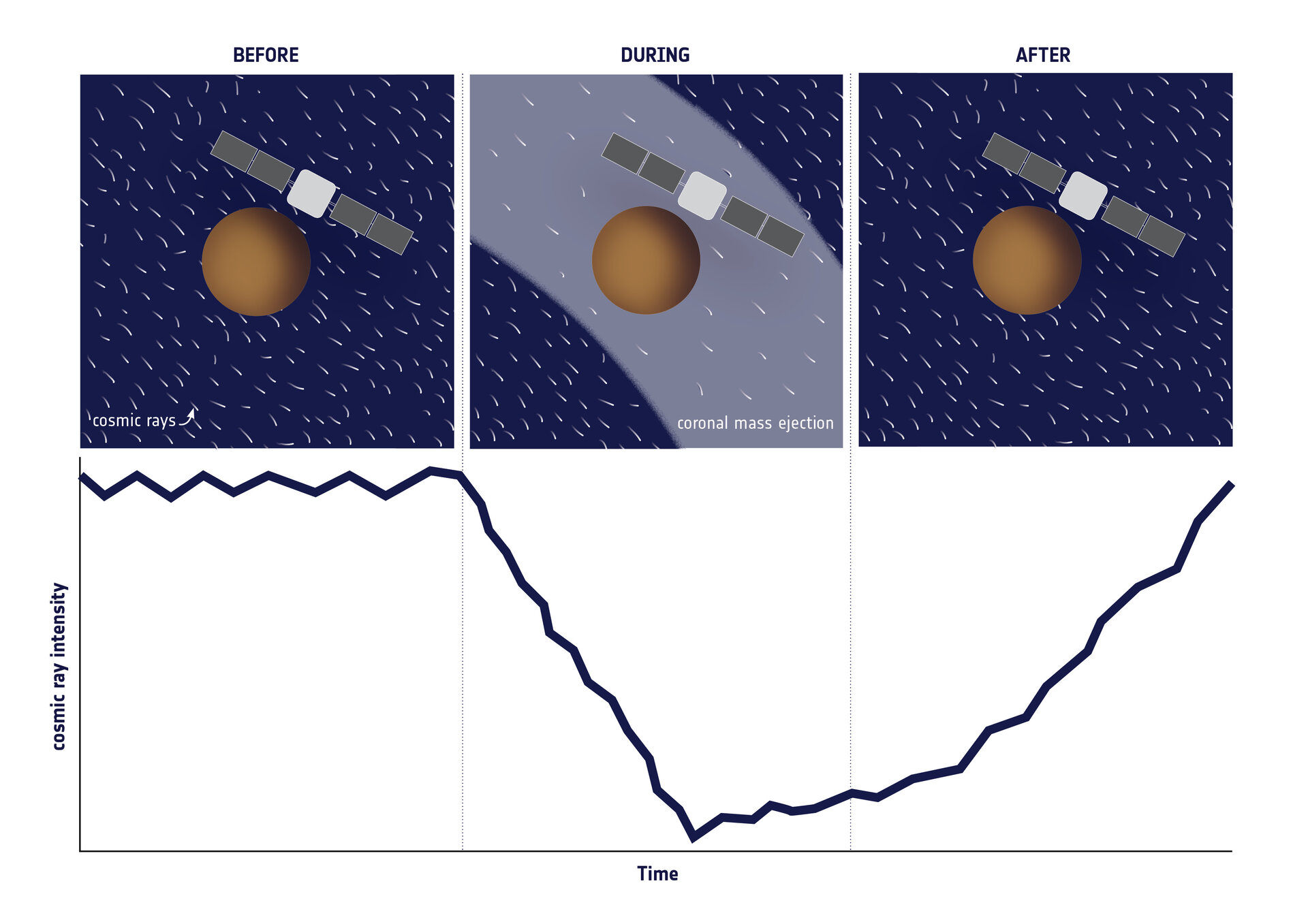 One effect of a coronal mass ejection (CME) is a sudden decrease in the number of galactic cosmic rays detected, called the Forbush decrease after the scientist who first described it. During the passage of the CME (depicted as the pale swath in the middle graphic), it acts like a protective bubble, temporarily sweeping aside the cosmic rays (depicted as the white flecks) and shielding the planet or spacecraft such that the impact of cosmic rays is reduced. Typically a rapid decrease is observed, with a more gradual recovery over the coming days or longer, depending on the speed and size of the CME and the intensity of its associated magnetic field.

The graphic gives a representation and is not to scale.