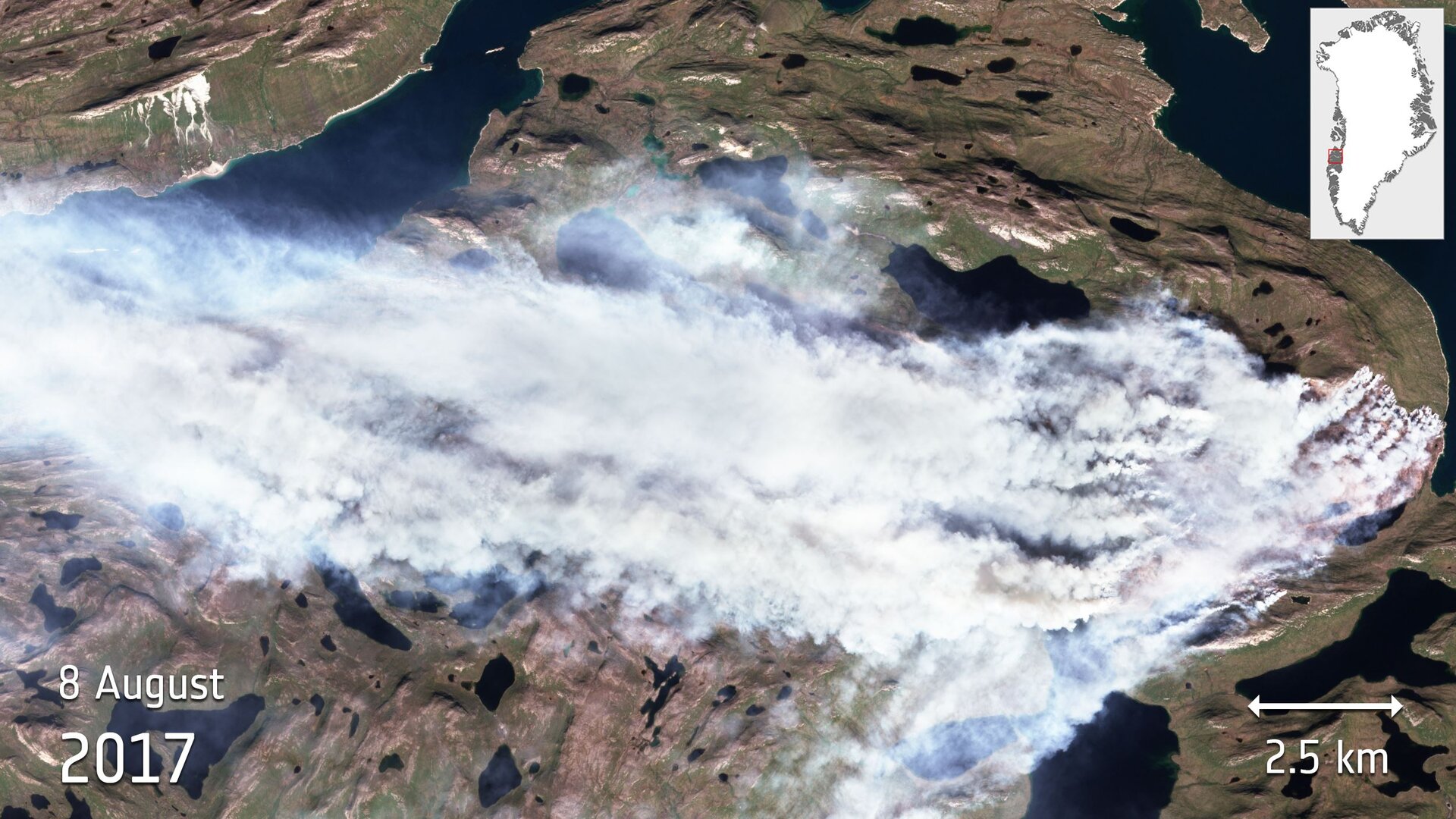 Greenland is usually associated with ice and snow, but the country has fallen victim to a large wildfire that has been raging since the end of July. The smoke billowing from the fire was imaged by the Copernicus Sentinel-2A satellite on 8 August 2017.

Greenland is almost entirely covered by a thick ice sheet, but there are exposed carbon-rich peatlands along the coast. The fire, which is in the western part of the country, appears to be a peatland fire. The fear is that the fire may have broken out because permafrost is melting, making the peat more susceptible to catching fire. Also, since it is peat, which can be used as a fuel, it could burn for some time.

The Sentinel-2 mission is based on a constellation of two identical satellites: Sentinel-2A and Sentinel-2B, each carrying a high-resolution multispectral camera working in 13 wavelength bands. The combination of high-resolution, novel spectral capabilities, a field of vision covering 290 km and frequent revisit times is providing unprecedented views of Earth. Information from this mission is helping to improve agricultural practices, monitor the world’s forests, detect pollution in lakes and coastal waters, and contribute to disaster mapping.

An animation of the fire that uses different combinations of these bands is also available. It shows the fire in natural colour (as here), highlights the flames and shows the burnt areas.