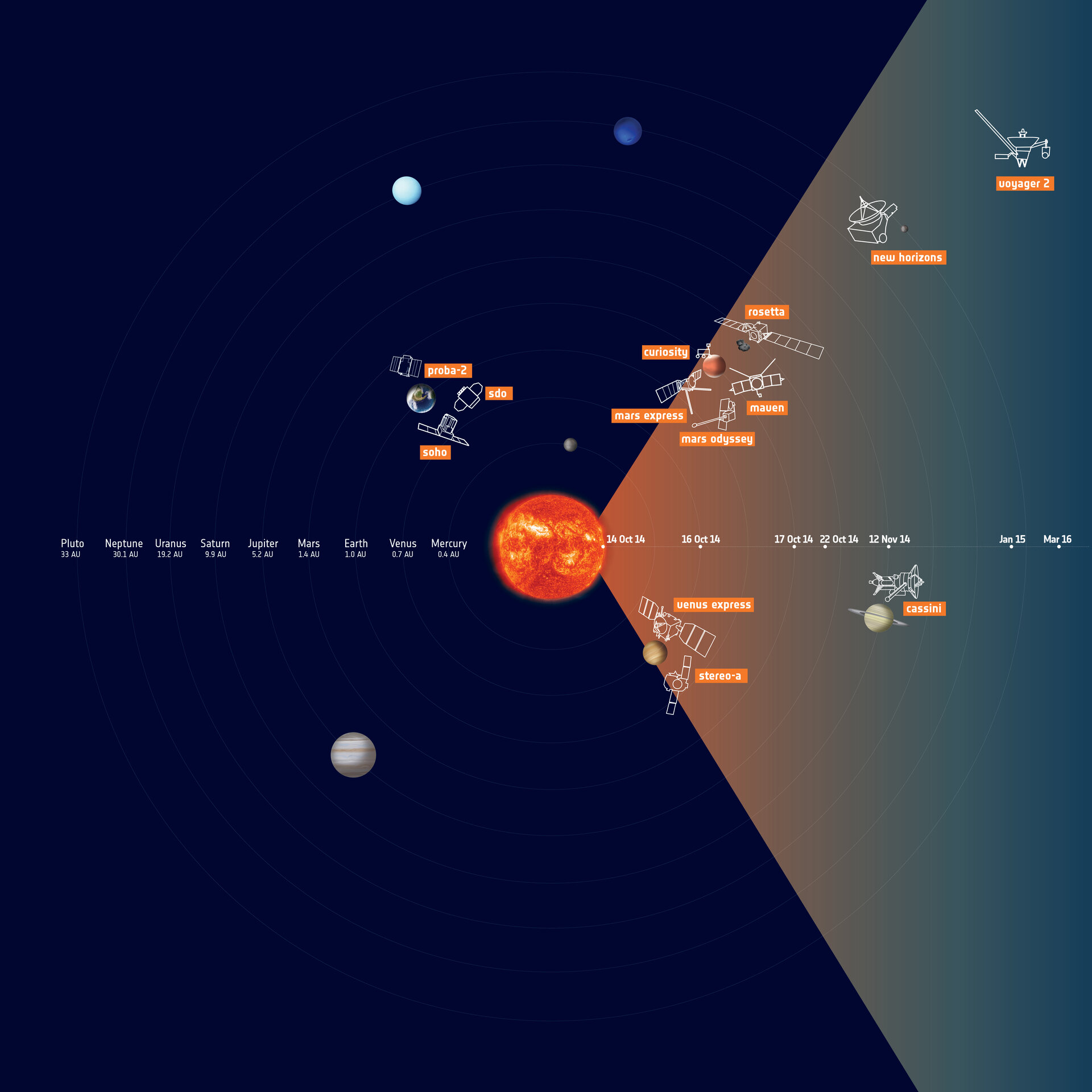 In the firing line

The location of various spacecraft during the Sun’s coronal mass ejection (CME) on 14 October 2014. The separations of the planets are not shown to scale; their distances from the Sun, shown on the left hand side, are given in astronomical units (AU) and reflect the distance at the time the CME measurements were made (for other planets the average distance is given). Rosetta and comet were at 3.1 AU from the Sun. The dates at which the spacecraft began to feel the effects of the CME are indicated on the right-hand scale.

Three Sun-watching satellites in Earth’s vicinity – ESA’s Proba-2, the ESA/NASA SOHO satellite and NASA’s SDO – captured images of the event, while the other spacecraft indicated were in the firing line and made in situ observations of, for example, an enhancement of the magnetic field strength, increases in the solar wind speed, and decreases in the influx of the galactic cosmic rays. NASA’s Stereo-A also captured images from its viewing position, while other data were recorded by ESA’s Venus Express, Mars Express and Rosetta, NASA’s Mars Odyssey and Maven orbiters and its Curiosity rover, and the NASA/ESA/ASI Cassini spacecraft. Although inconclusive, hints of the CME were also seen at NASA’s New Horizons and Voyager-2 three months and about 17 months later, respectively.

The CME propagated from the Sun at an angle of at least 116º (as defined by the detections made in the vicinity of Venus and Mars) with a speed of ~1000 km/s at the Sun to about 450–500 km/s at the distance of Saturn a month later.