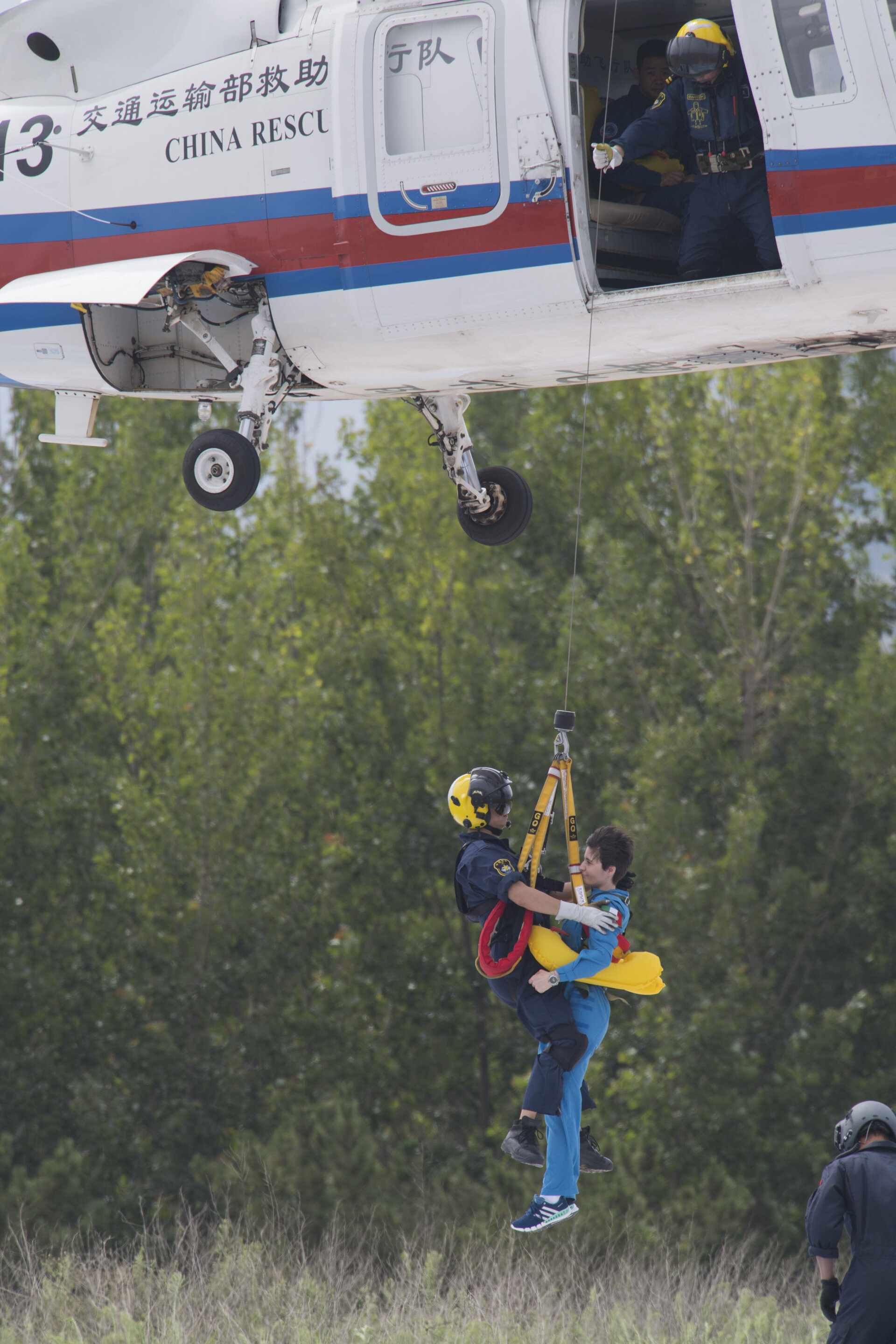 Along with ESA astronaut Matthias Maurer, the pair joined 16 Chinese astronauts in August 2017 for nine days of sea survival training off China’s coastal city of Yantai. The course was organised by the Astronaut Center of China in cooperation with the Ministry of Transport’s Beihai Rescue Bureau.

Returning from space, astronauts need to be prepared for any eventuality – including landing in water. Sea survival is a staple of all astronaut training but this is the first time with non-Chinese participants.

The group donned pressure suits and entered a mock capsule of a Shenzhou spacecraft that was then released into the sea. The astronauts had to swap their flightwear for insulation and buoyancy suits before jumping from the capsule into inflatable boats. They then practised rescue procedures with both a ship and a helicopter.

ESA signed an agreement in 2015 to boost collaboration with the China National Space Administration, with the goal of flying a European astronaut on the Chinese space station in the future.