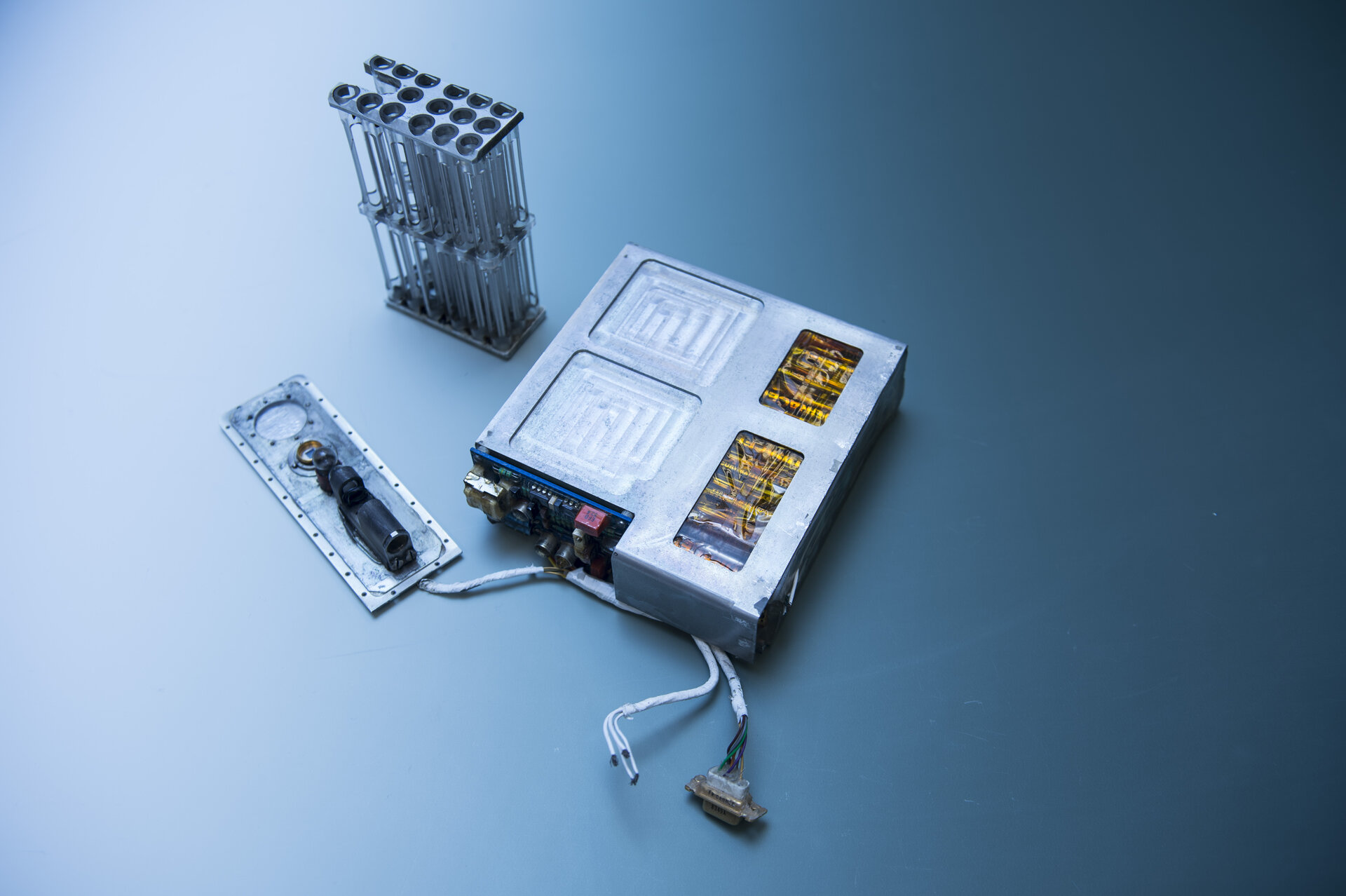 This humble parcel-sized hardware is Europe’s very first closed-loop life-support experiment to fly in space, 30 years ago this week.

Today, ESA leads the 11-nation Micro-Ecological Life Support System Alternative (MELiSSA) programme, seeking to perfect a self-sustaining life-support system that could in future be flown in space, supplying astronauts with all the oxygen, water and food they require.

“A long-term effort, MELiSSA formally began in April 1990 and continues to this day,” explains Christophe Lasseur, heading the programme. “But this flight experiment, developed with France’s CNES space agency and flown with China, was an important precursor.”

The experiment flew in space for five days on a recoverable ‘Fanhui Shei Weixing’ (FSW) recoverable capsule during 5–10 August 1987.

The experiment had to be entirely self-reliant while the FSW capsule was in space, so power came from a set of off-the-shelf Duracell batteries.

The aim was to see how the algae grew in weightlessness, rather than being disturbed by the forces of reentry and landing. Accordingly, a shape-memory alloy released a fixative chemical after five days of flight. This stopped the cultures from growing any further, allowing accurate post-flight analysis of their behaviour in space.

“The nerve-racking part was waiting for the hardware to come back to us,” adds Christophe. “If it was lost, we would have had no results.”

Many further experiments have followed. Next month, the latest MELiSSA experiment is scheduled for the International Space Station, containing an advanced photo-bioreactor to see how algae growth rates are affected by microgravity and space radiation.