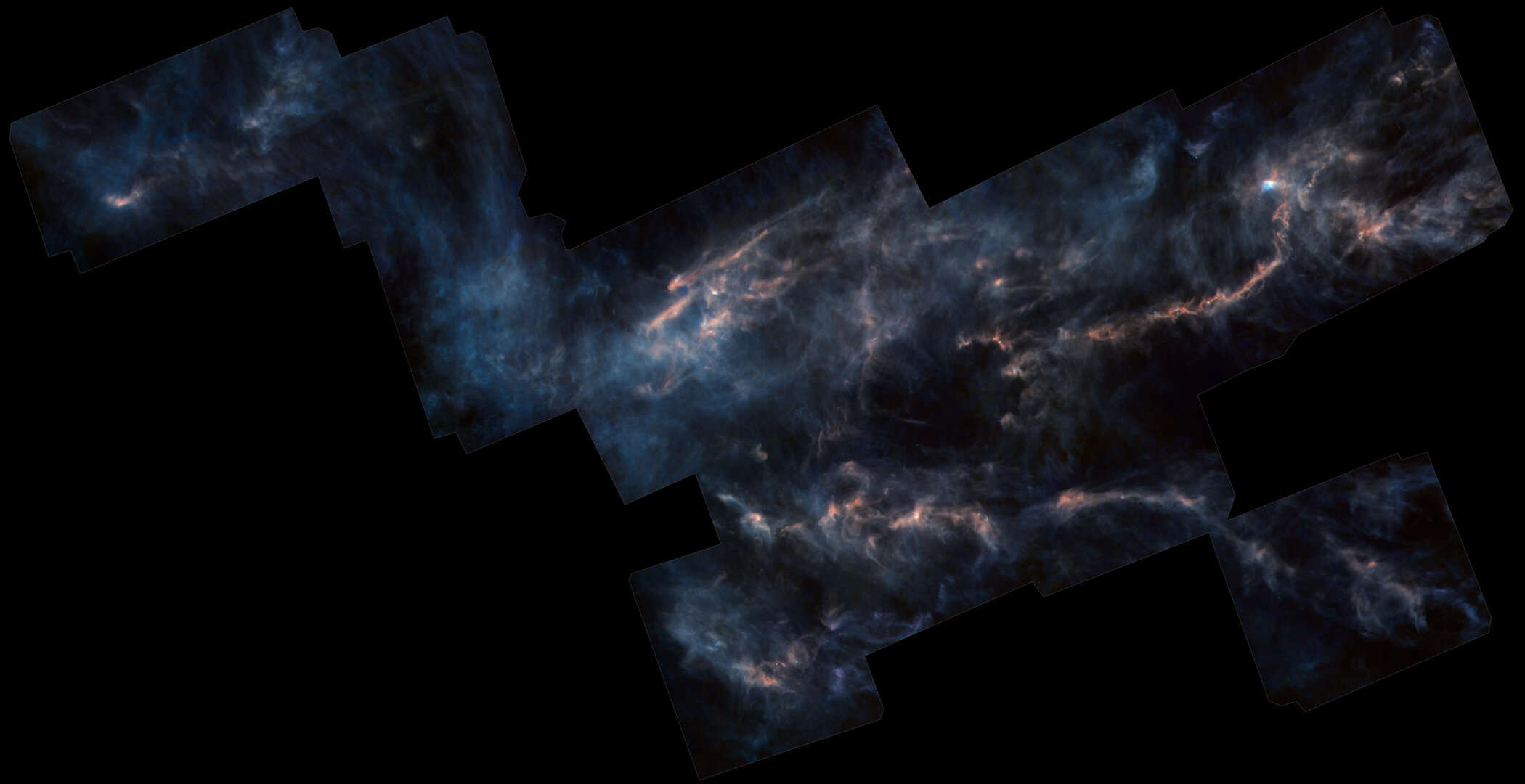 This mosaic combines several observations of the Taurus Molecular Cloud performed by ESA’s Herschel observatory. Located about 450 light-years from us, in the constellation Taurus, the Bull, this vast complex of interstellar clouds is where a myriad of stars are being born, and is the closest large region of star formation.

Observing the sky at far-infrared and submillimetre wavelengths from 2009 to 2013, Herschel could catch the faint glow of dust grains dispersed through these clouds. Astronomers can use this glow to trace the otherwise dark gas where star formation unfolds.

The darker, blue-hued areas throughout the image correspond to colder, less dense portions of the cloud, while the brighter, red-hued regions are the densest environments, where the star-forming activity is most intense.

The densest regions are distributed along an intricate network of filaments, teeming with bright clumps: the seeds of future stars. This is a textbook example of the filamentary structures that were spotted by Herschel nearly everywhere in the Galaxy, demonstrating the key role of filaments in star formation.

Embedded in the bright clump towards the top left of the image is Lynds 1544, a pre-stellar core that will later turn into a star. Here, Herschel detected water vapour – the first time this molecule was ever found in a prestellar core – in an amount that exceeds, by over 2000 times, the water content of Earth’s oceans.

Herschel observations of the tangled structures in the top right of the image have shown that the material along filaments is not at all static. In fact, the most prominent filaments appear to be drawing matter from their surroundings through a network of lower-density filaments, known as striations, perpendicular to the main filament. In these regions, astronomers found that magnetic fields tend to be perpendicular to the densest, star-forming filaments and parallel to the striations, indicating that they must also play an important role in the processes that lead to stellar birth.