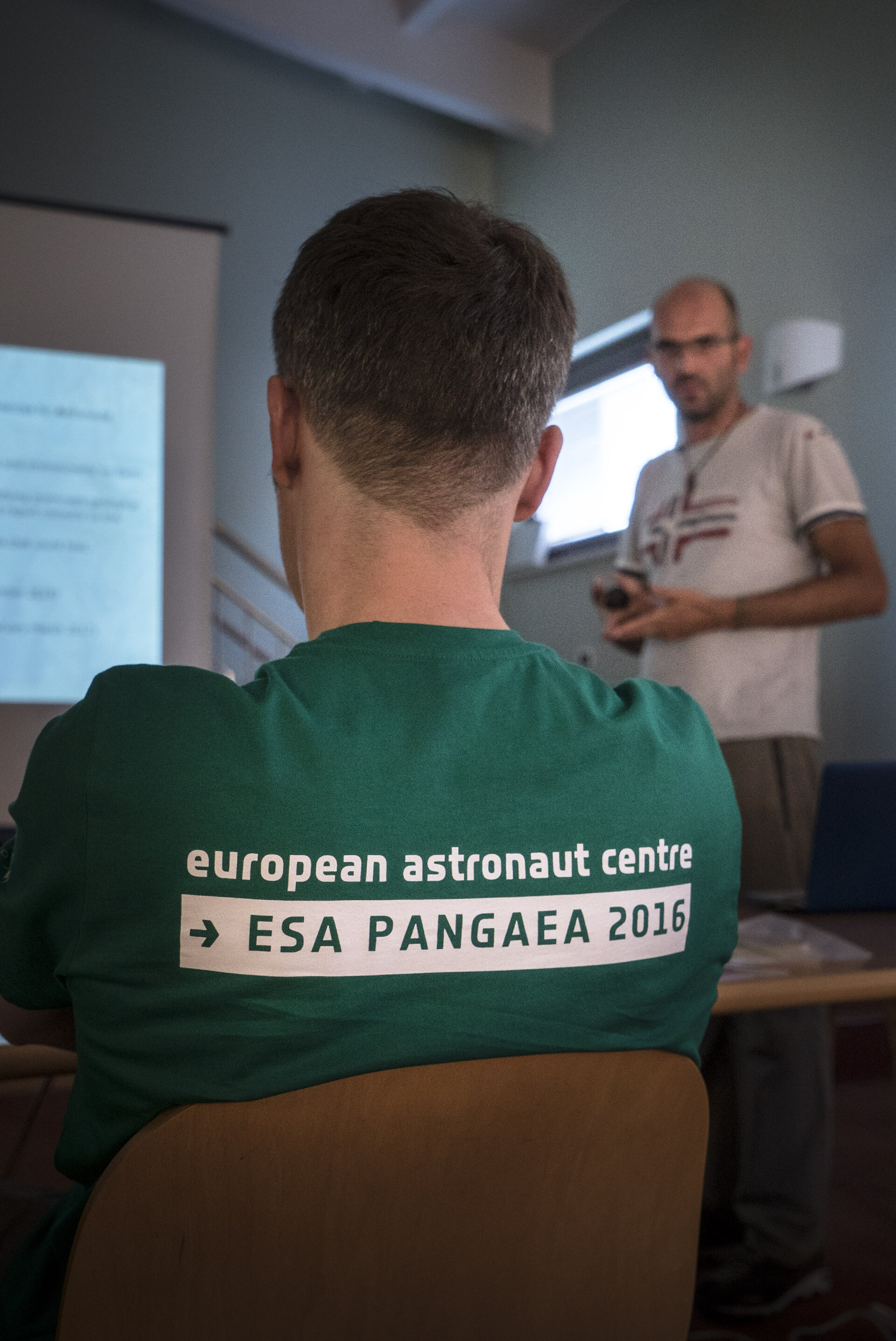 ESA astronaut Matthias Maurer listening to instructor Francesco Sauro during the introductory Pangaea course in Bressanone, Italy, 10 September 2016, where astronauts learned about Earth and planetary geological processes as well as how to recognise rocks and meteorites.

Astronauts went on progressively difficult day trips, ending with a free exploration of the countryside searching for interesting samples while keeping in contact via radio with scientists at ‘mission control’.