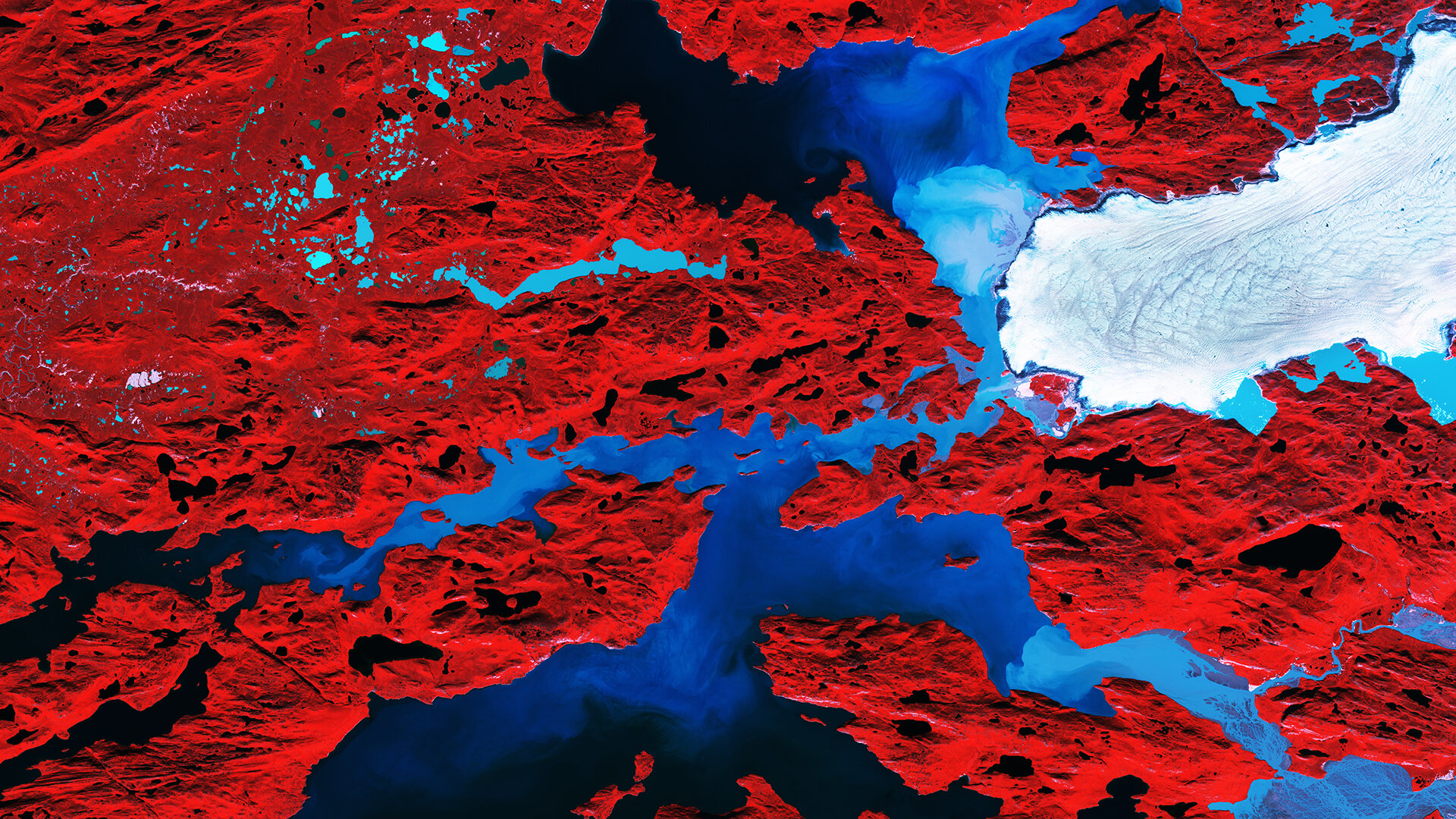 The Copernicus Sentinel-2A satellite takes us over the jagged islands along the west coast of Greenland in this false-colour image captured on 8 August 2017.

Covering more than 2 000 000 sq km, Greenland is the world’s largest island and home to the second largest ice sheet after Antarctica. But these ice sheets are sensitive to changes in our climate, and rising temperatures are causing them to melt faster.

Scientists use Earth-observing satellites to track the ice loss. Between 2011 and 2014, Greenland lost around 1000 billion tonnes of ice. This corresponds to a 0.75 mm contribution to global sea-level rise each year.

Melting ice sheets caused by rising temperatures and the subsequent rising of sea levels is a devastating consequence of climate change, especially for low-lying coastal areas. In addition, the increased influx of freshwater into oceans affects the salinity, which in turn affects global ocean currents – a major player in the regulation of our climate.

On the right side of this image, the Nordenskiold Glacier is just one of many glaciers draining Greenland’s ice sheet.

Vegetation appears red in this false-colour image, as the land here is covered by grasses and low-lying plants. Swirls of light blue in the water are suspended fine sediment produced by the abrasion of glaciers rubbing against rock, called ‘glacier milk’.