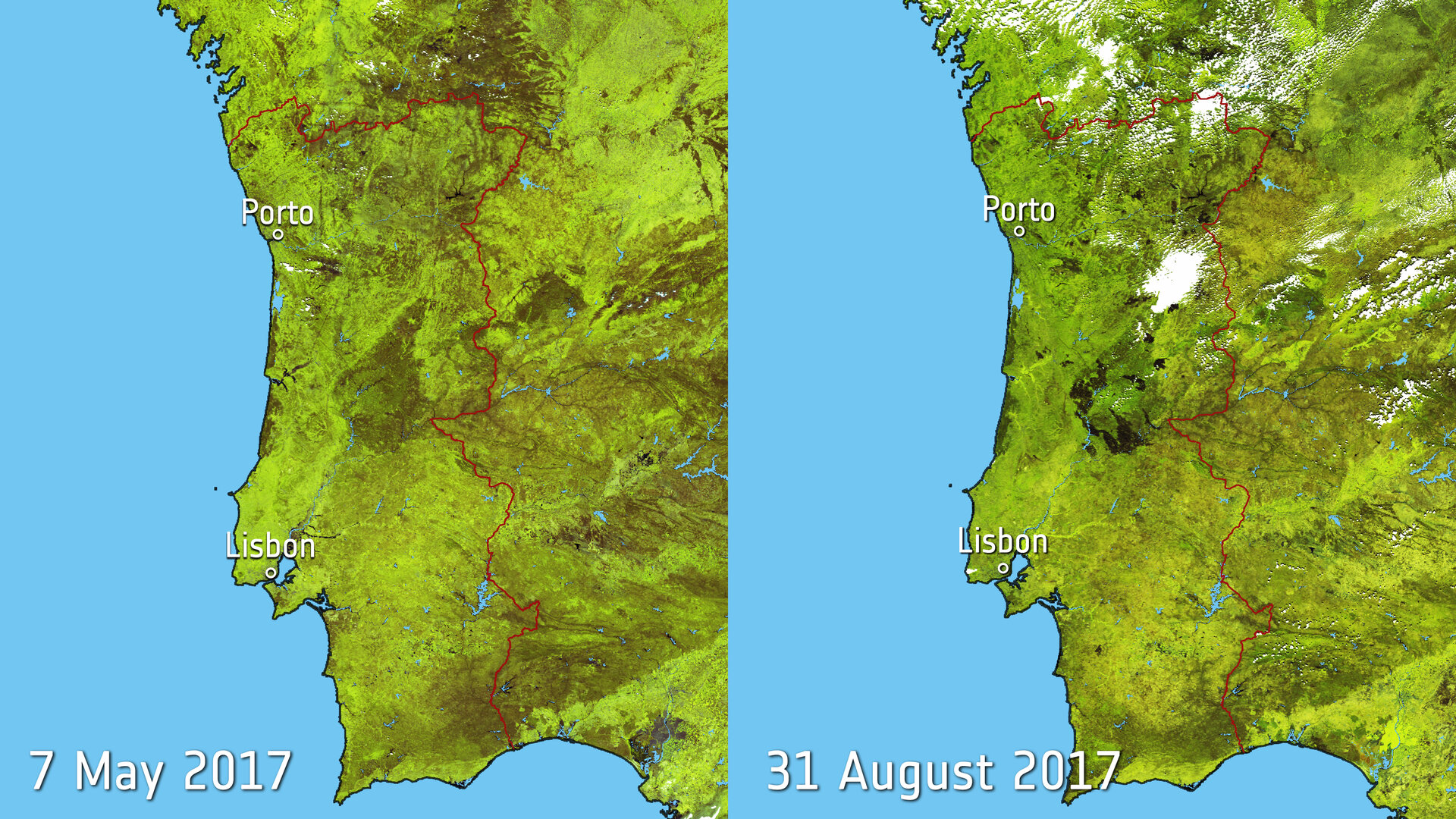 Southern Europe experienced a relentless heatwave this summer, fuelling wildfires in a number of countries. The Copernicus Sentinel-3A satellite captured images of Portugal and part of Spain before (7 May 2017) and after (31 August 2017) a series of fires plagued the countries. The images show the dark patches of burn scars covering over 2000 sq km in Portugal. Burn scars in Spain are also visible near the top of the image and along the southern coast.

The images were produced using data from Sentinel-3A Ocean and Land Colour Instrument.