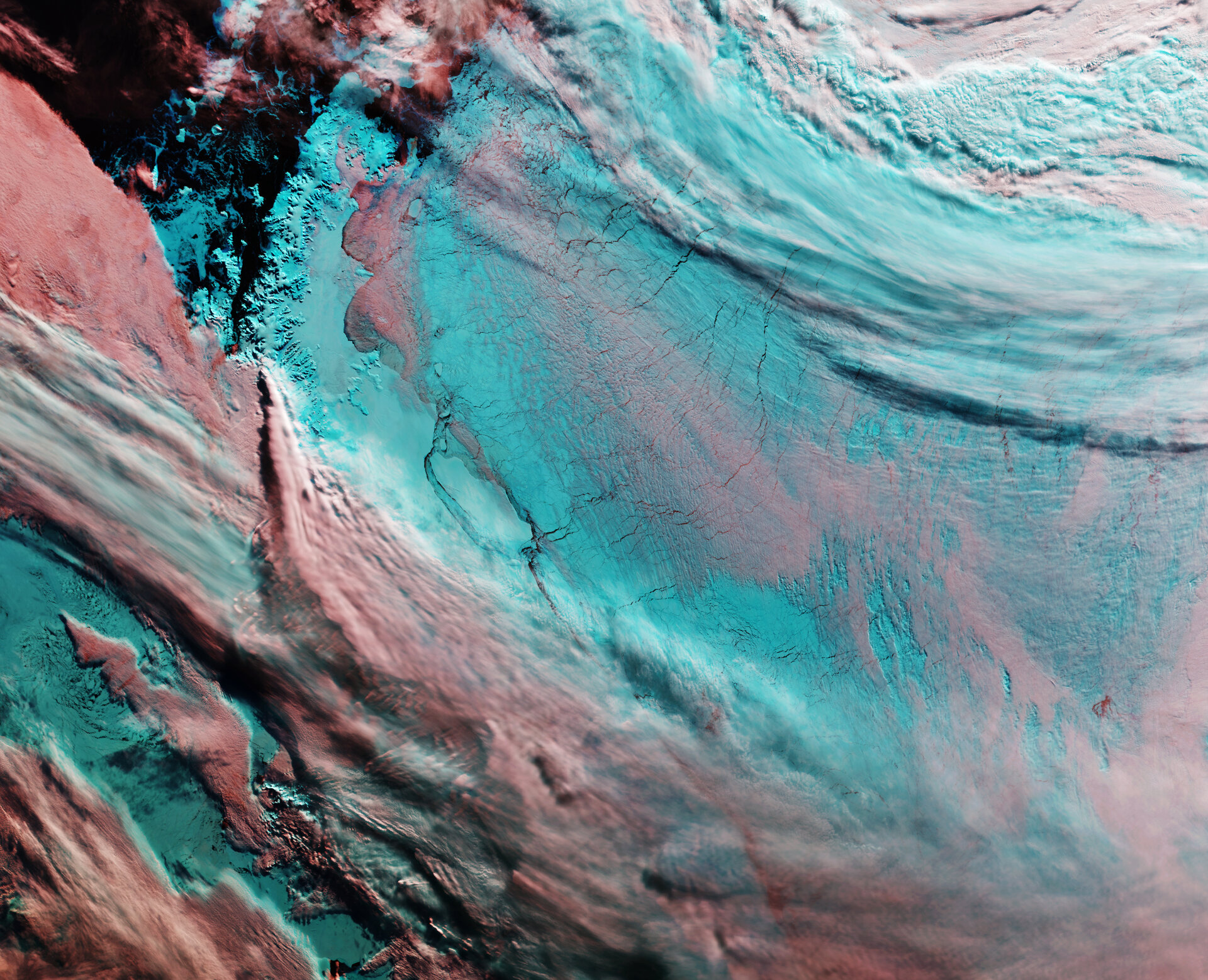 The Copernicus Sentinel-3A satellite takes us over the Antarctic Peninsula and the adjacent Larsen Ice Shelf, from which a massive iceberg broke off in July.

The image has been manipulated, so clouds appear pink while snow and ice are blue to help us differentiate between them. The only land clearly visible is the tip of the Peninsula in the upper left, while sea ice covers the Weddell Sea to the right.

Captured on 25 September, the image shows the iceberg near the centre. The A68 berg had been jostling back and forth against the ice shelf, but more recent satellite imagery revealed that the gap between the berg and the shelf is widening – possibly drifting out to sea.

An iceberg’s progress is difficult to predict. It may remain in the area for decades, but if it breaks up, parts may drift north into warmer waters. Since the ice shelf is already floating, this giant iceberg does not influence sea level.

A68 is about twice the size of Luxembourg and with its calving has changed the outline of the Antarctic Peninsula forever – about 10% of the area of the Larsen C Ice Shelf has been removed.

The loss of such a large piece is of interest because ice shelves along the peninsula play an important role in ‘buttressing’ glaciers that feed ice seawards, effectively slowing their flow.

Previous events further north on the Larsen A and B shelves, captured by ESA’s ERS and Envisat satellites, indicate the flow of glaciers behind can accelerate when a large portion of an ice shelf is lost, contributing to sea-level rise.