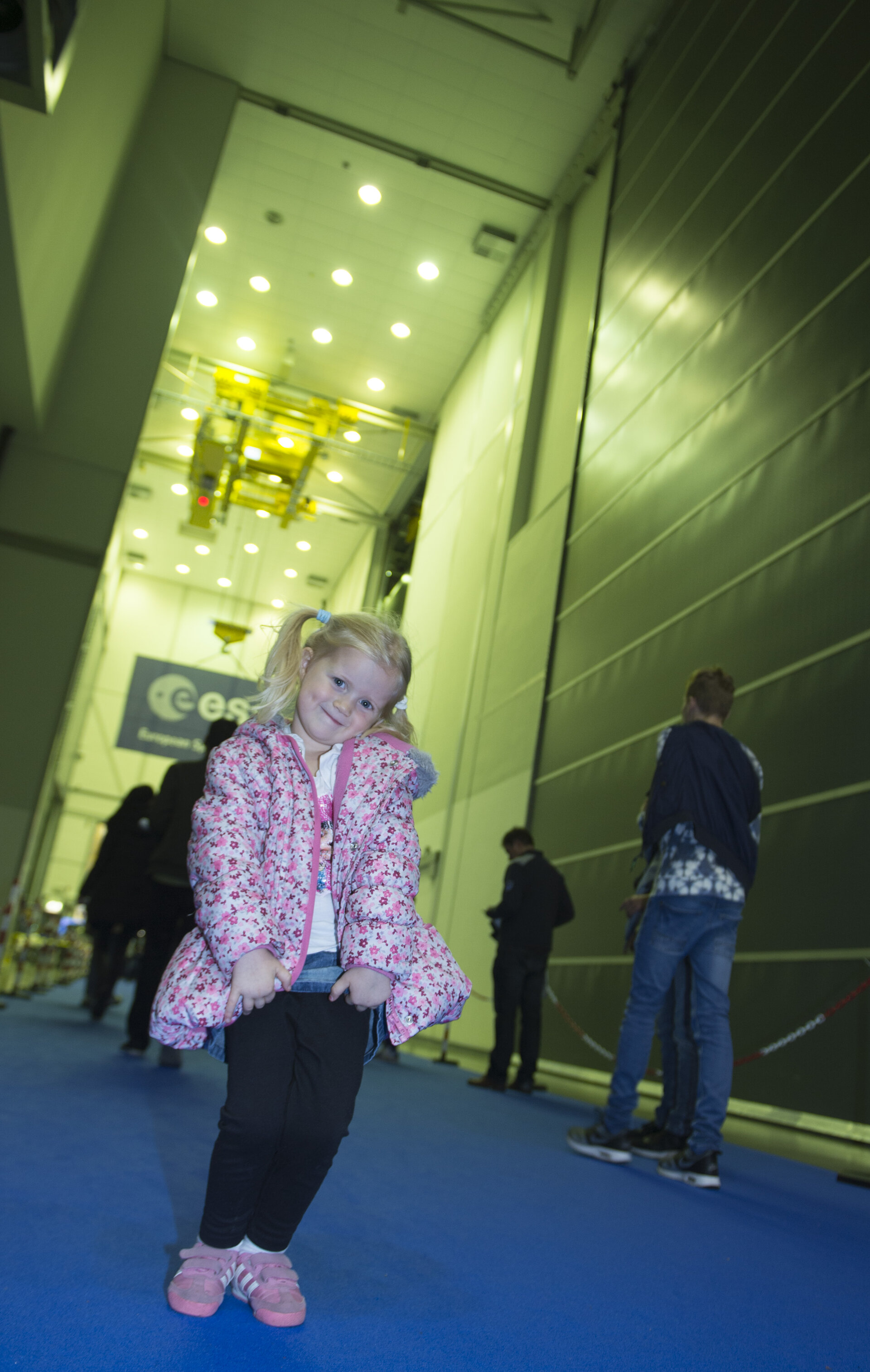 A young visitor explores the outsize halls of ESA’s Test Centre for satellites during the Agency’s 8 October Open Day at its technical heart in Noordwijk, the Netherlands.

The largest facility of its kind in Europe, the Test Centre is a 3000 sq m cleanroom complex, filled with simulation facilities to assess that satellites can withstand the violence of launch and the vacuum and extremes of temperature found in Earth orbit.

The centre has evaluated some of Europe’s largest space vehicles, including the eight-tonne Envisat environmental satellite, the 20-tonne ATV space truck to the International Space Station, and the multimodule BepiColombo mission to Mercury, set for launch next year.

A stand on Europe’s satellite navigation system noted that the centre recently concluded the testing of 22 Galileo satellites.