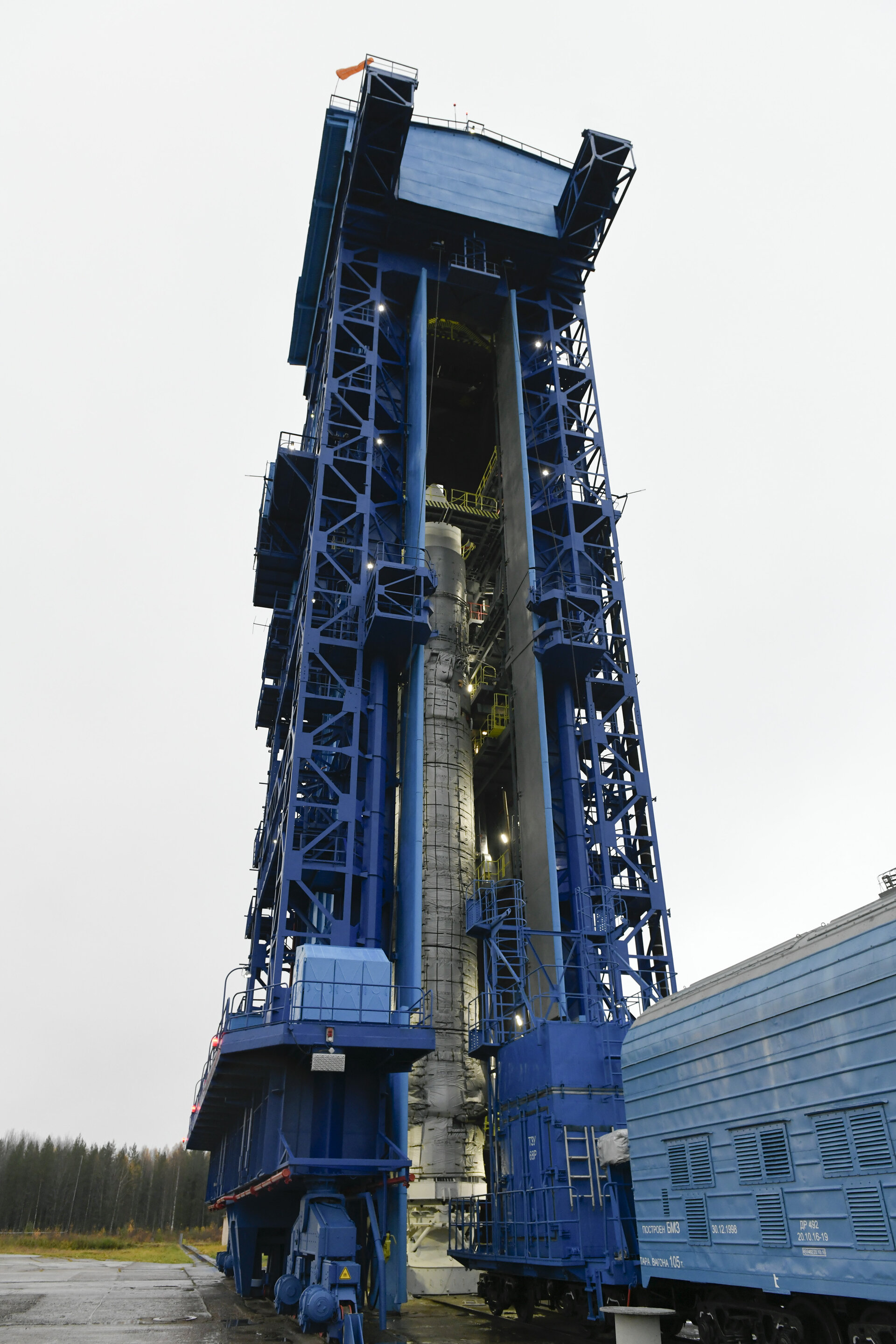 With 3 hours to liftoff, the Copernicus Sentinel-5P satellite is seen on the launch pad at the Plesetsk Cosmodrome in northern Russia.