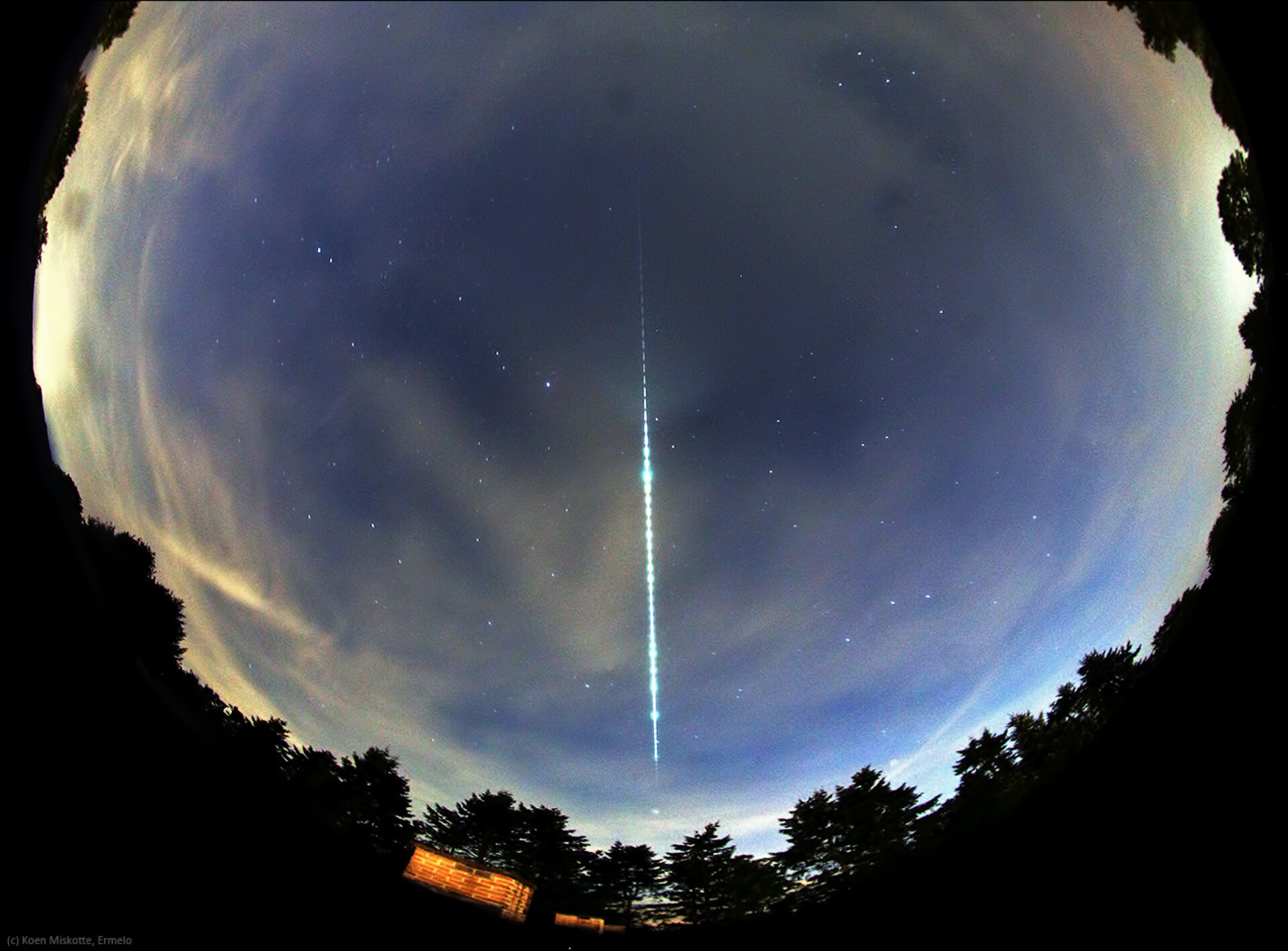 It was caused by a small meteoroid, estimated to be around several centimetres, entering Earth’s atmosphere and burning up.

The fireball was captured by a number of all-sky camera stations of the Dutch–Belgian meteor network operated by amateurs of the Dutch Meteor Society and the Meteor Section of the Royal Netherlands Association for Meteorology and Astronomy. They use automated photographic cameras with fish-eye lenses to capture images of the night sky on clear nights.

This remarkable image was captured by one of the stations, at Ermelo, operated by Koen Miskotte.

It is a 1.5 minute exposure with a Canon EOS 6D DSLR and a fish-eye lens.

The camera lens was equipped with an LCD shutter that, during the exposure, creates brief ‘breaks’ at a rate of 14 per second. These are the dark gaps in the trail making it look dashed. Because the LCD shutter rate is known, you can count the dashes and obtain the duration of the fireball: 5.3 seconds.

The image also provides information on the deceleration of the meteoroid in the atmosphere. In this case, it entered the atmosphere at 31 km/s and had slowed to 23 km/s by the time it disappeared (because it had burnt up completely) at 53 km altitude.