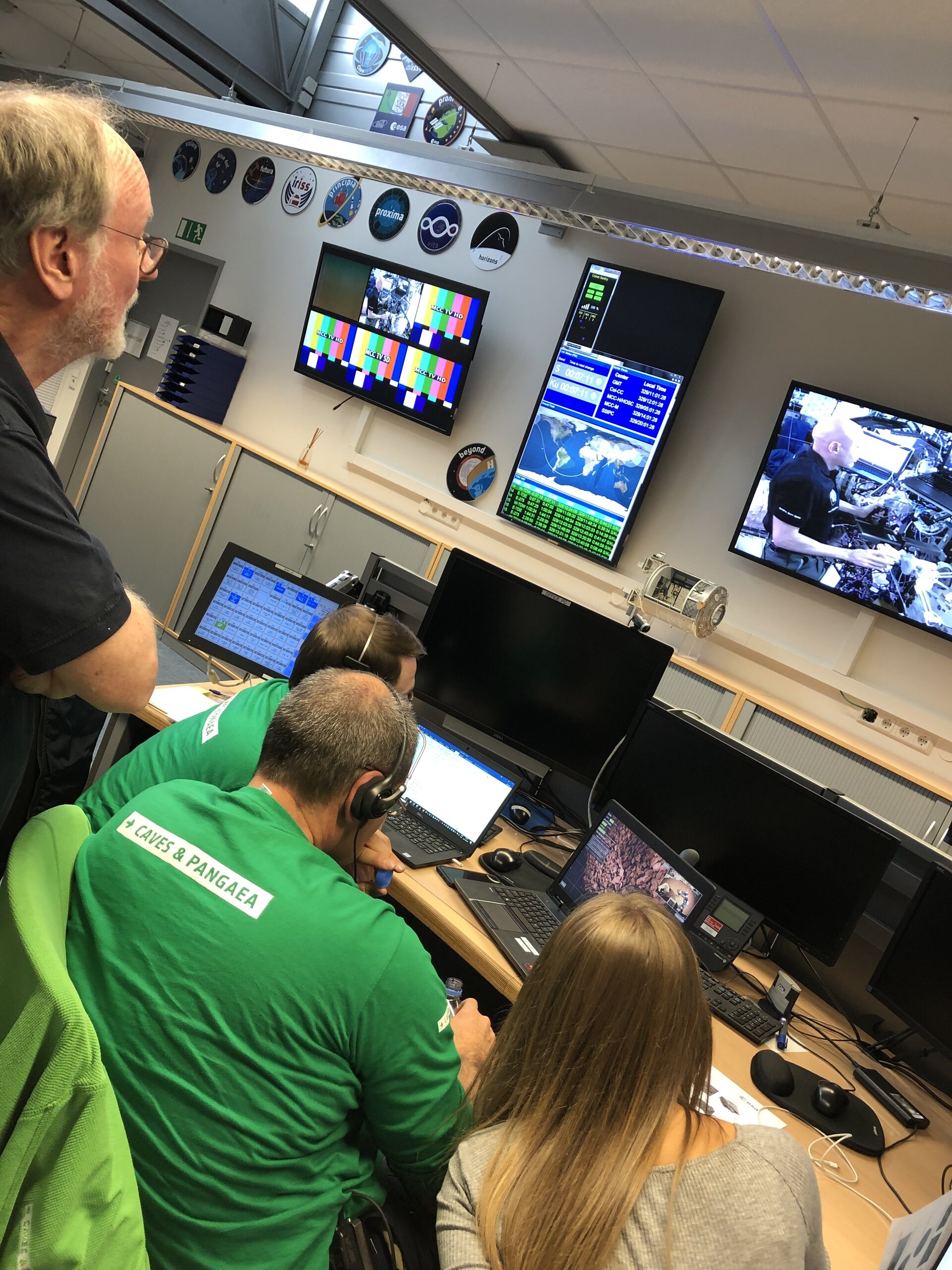 The science team at the European Astronaut Centre near Cologne, Germany, during the Analog-1 experiment.

ESA astronaut Luca Parmitano made robotics history, reaching out from the International Space Station in orbit around Earth at 8 km/s, to control an Earth-based rover, equipped with an advanced gripper possessing the equivalent mobility and dexterity of a human hand.

This gripper was able to pick up and collect rock samples from the mock-lunar environment. In the future a comparable system may well be used to explore alien environments, with astronauts controlling surface rovers from the safety and comfort of a surface habitat or an orbiting spacecraft.

The Analog-1 test project, which concluded with this two-hour space-to-ground test on 25 November, had multiple technical goals. High among them was to assess the use of ‘force-feedback’ controls – like a high-end gaming joystick pushing back on their user, giving them a sense of touch – in space, to evaluate if this technology would enable high-precision robotic control in weightless conditions.

While selecting rocks Luca received advice from a team of geological experts based at the European Astronaut Centre simulating a real-life surface exploration survey.

The experiment benefitted from Luca’s previous training through ESA's Pangaea programme, giving astronauts practical experience in geology to aid efficient discussion between the crew and the scientists.