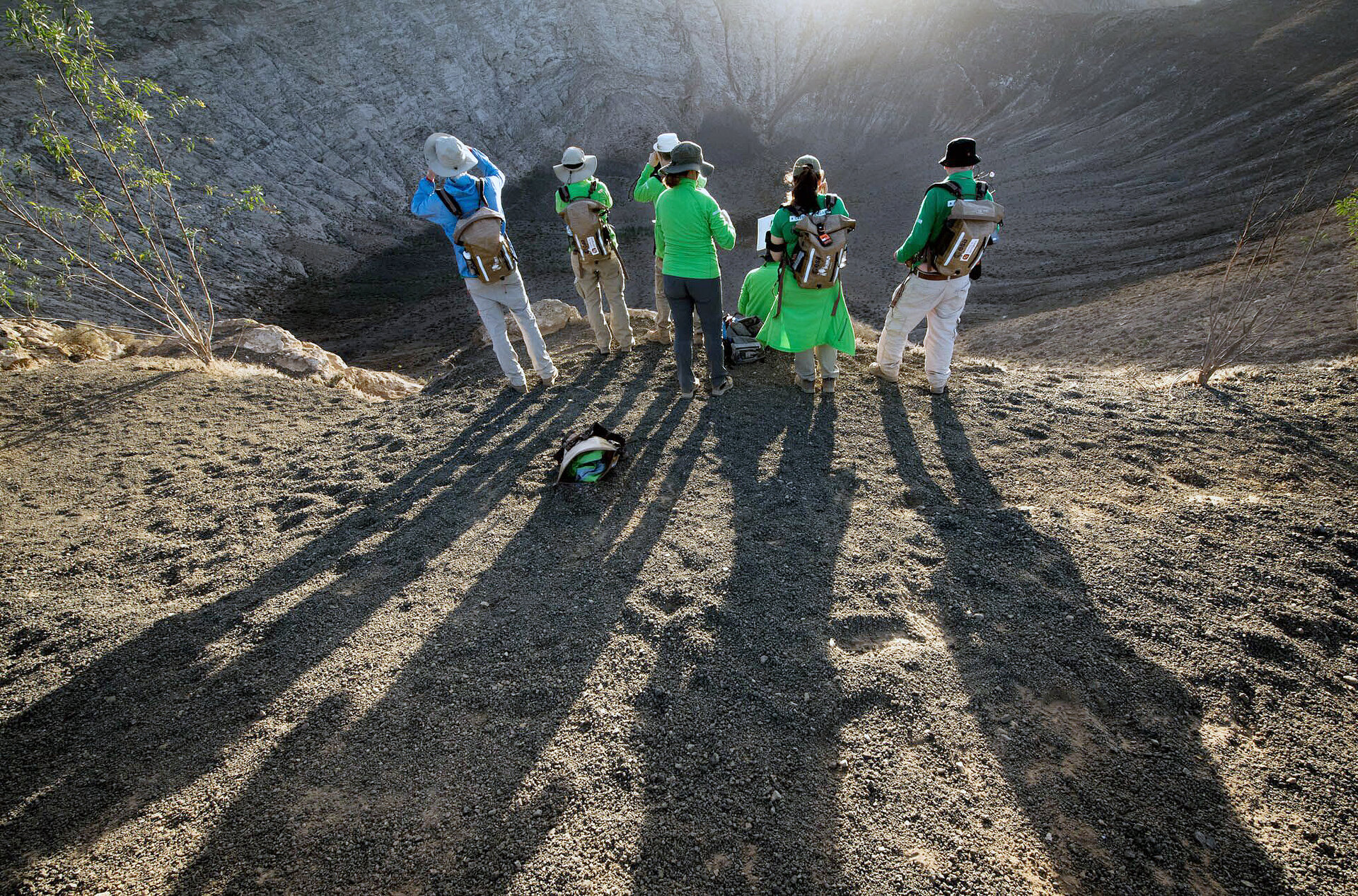 Astronauts, planetary scientists and engineers cast their shadows at the rim of a volcanic crater.

ESA astronaut Samantha Cristoforetti (second from left) surveys the landscape to identify geological features. Clues on the formation of the volcanic cone could be crucial in the search of life during future missions to other planets.

The crew is taking part in the third session of ESA’s Pangaea geology course in Lanzarote, Spain. They stand at the top of Caldera Blanca, one of the highest peaks in the centre of the island, after a day of exploration, rock recognition and sampling.

The course takes place in collaboration with the Geopark of Lanzarote, a protected area that resembles Moon and Mars landscapes. In the past, the locals used the flat interior of the crater to grow food.