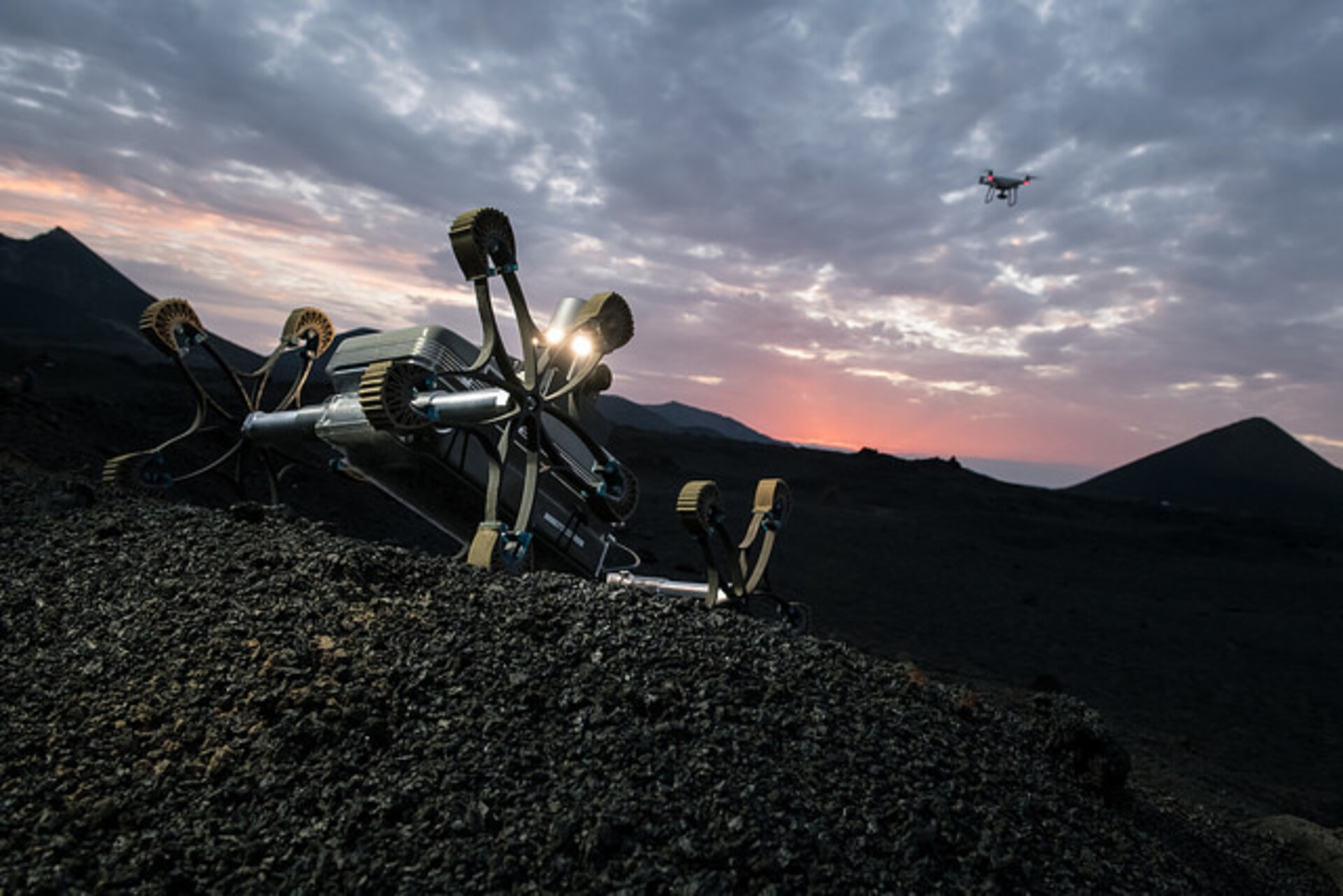 A rover crawls over rocky terrain on Spain’s Canary Island of Lanzarote, also known as the island of a thousand volcanoes. A drone follows it closely from the sky as the Sun sets.

This crawler–flyer combination was part of a test campaign that brought together geology, high-tech survey equipment and space exploration. For five days in November 2017, Pangaea-X mobilised 50 people, four space agencies and 18 organisations in five different locations.

The Asguard rover simulated a lunar spacewalk over rough surfaces, navigating by continuously building a 3D model of the environment. Humans can drive it manually but this robotic explorer will runs mostly in auto mode.

The drone hovered gathering high-resolution images and creating 3D models of the terrain.

European engineers hope to improve their autonomy and precision to tackle volcanoes, caves and underground highways formed by lava.

These type of settings are potential candidates to host human habitats in future missions to the Moon and Mars.