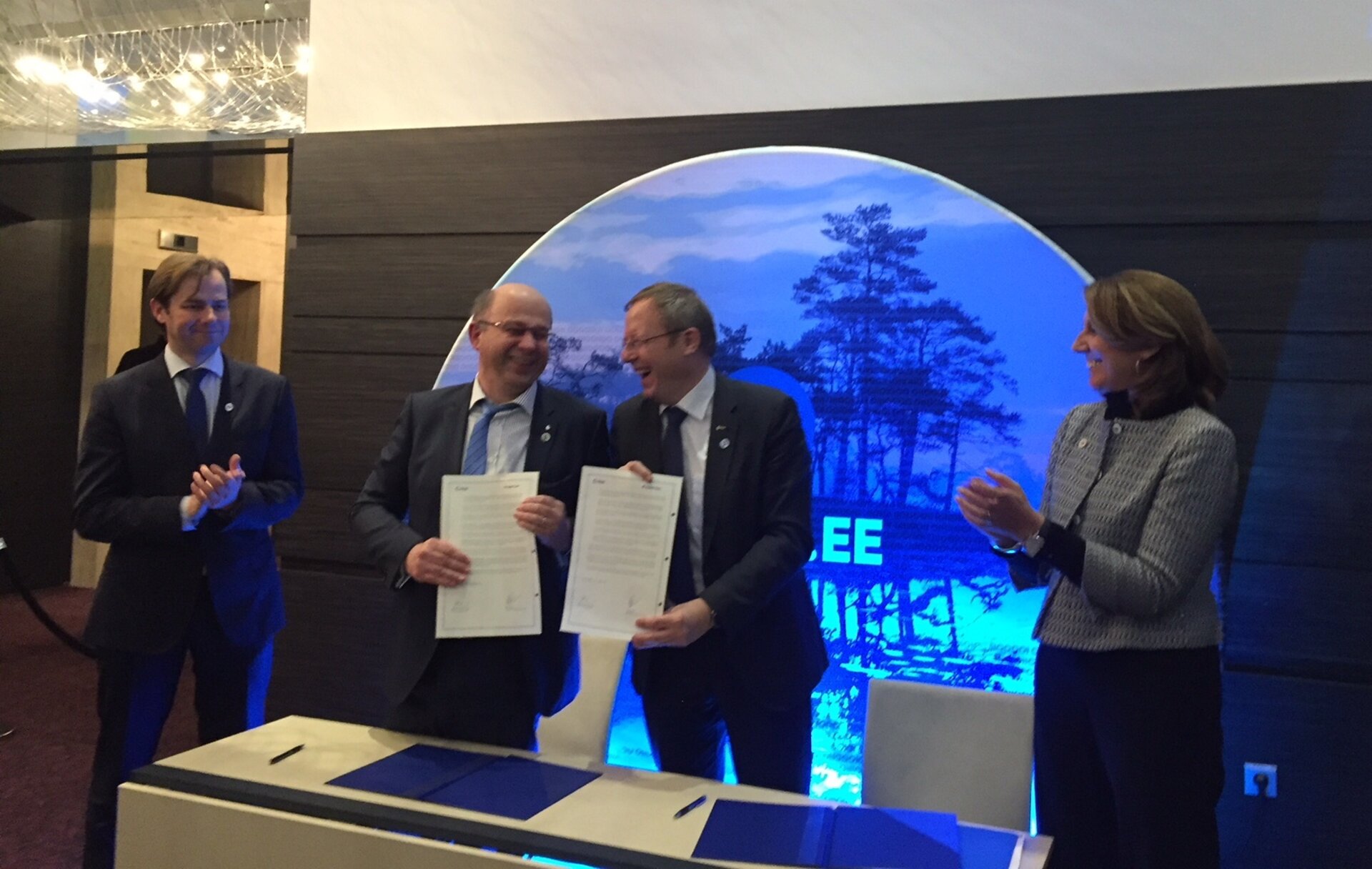 A statement, signed on 7 November 2017 by ESA’s Director General, Jan Woerner (middle right), and Eumetsat’s Director General, Alain Ratier (middle left), at the European Space Week in Tallinn, Estonia, sets out the organisations’ shared goals for the future and their continued cooperation. The agreement was signed in the presence of Norway’s Deputy Minister of Trade, Industry and Fisheries, Lars Jacob Hiim (left) and Spain’s Secretary General for Industry and SMEs, Begoña Cristeto Blasco (right).