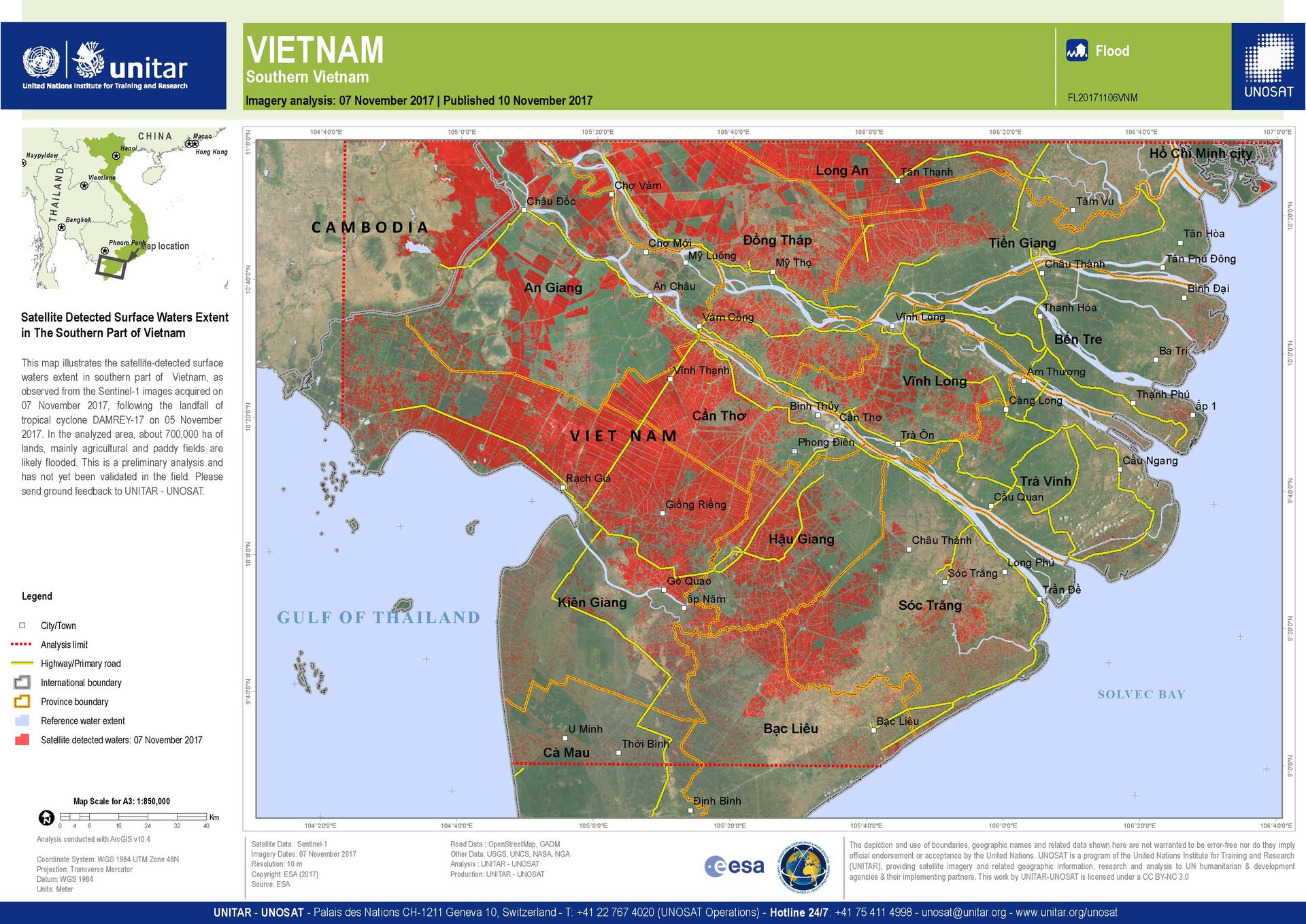 On 4 November 2017, Typhoon Damrey hit Vietnam. Strong winds and heavy rainfall damaged property and destroyed crops and trees. Through the International Charter Space and Major Disasters, data from the Copernicus Sentinel-1 mission were used to generate maps of flooded areas. Using these maps, it was estimated that about 700 000 hectares of land, mainly agricultural and paddy fields were flooded.